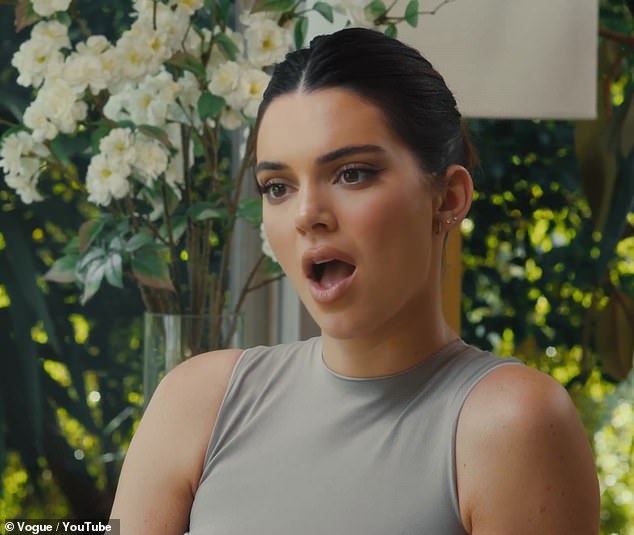 ‘It’ll eat me alive’: Kendall Jenner opens up about fear of public speaking in one-on-one with psychotherapist about anticipatory anxiety By Dailymail.com Reporter Published: 02:46 BST, 28 May 2021 | Updated: 02:56 BST, 28 May 2021 Kendall Jenner opened up about her fear of public speaking and the anxiety she experiences prior to such outings. … Read more

Naomi Campbell has reflected on her experience with racism in the fashion industry, revealing she regrets not ‘speaking out more’ at the time.  Speaking to Marc Jacobs for Interview magazine – for which she also shot a striking cover shoot – the 50-year-old model spoke candidly about the choices she made as a young model … Read more

Faryal Makhdoom became emotional during a therapy session as she revealed that she is attacked online about her boxer husband Amir Khan’s previous infidelity scandals. The model, 29, who shares three children with Amir, spoke about the nasty comments she has to deal with in a scene from Meet The Khans – the new BBC … Read more

Kim Kardashian and Kanye West are reportedly no longer on speaking terms after the rapper ‘cut her off’ when their divorce papers were filed.  The superstar couple, whose split was revealed in January before Kim filed for divorce last month, are said to be only communicating through security after Kanye, 43, changed his number in … Read more

‘I was trapped until I met Meg’: Harry says he was desperate to quit royal life before Megxit and he has ‘compassion’ for Charles and William who CANNOT escape Prince Harry told Oprah Winfrey his father Charles has stopped speaking to him   He said Charles ‘stopped taking my calls’ after he stepped back from Royal … Read more

Terrifying video shows how SPEAKING can spread Covid – with infected hairdressers, doctors and dentists all able to transmit the virus while leaning over patients and customers Japanese researchers used smoke and lasers to track the flow of air from people They modelled a hair salon and tracked exhaled particles caused by talking  Found leaning … Read more