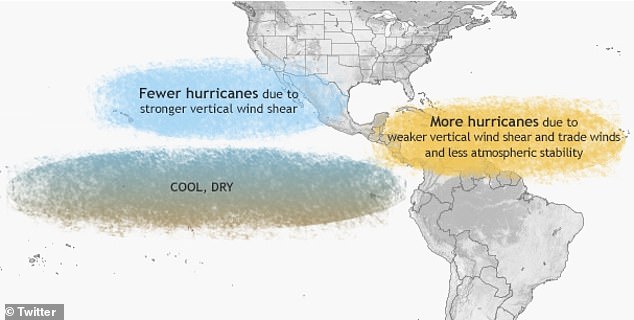 La Niña is here! NOAA spots conditions of the weather phenomenon in the Pacific Ocean that has a 75% chance of plaguing the US with hurricanes and droughts through the winter NOAA has observed  La Niña conditions in the Pacific as of last month Surface temperatures dropped to 26.6 egress Fahrenheit over the past weeks This weather … Read more

NOAA satellites capture ‘fire cloud’ in California that grew 45,000 FEET high following a blaze in Sierra National Forest that scorched more than 75,000 acres Wildfires have been ravaging parts of California since August 15 A fire ignited in Sierra  National Forest on Fri and has burned over 75,000 acres NOAA satellites captured a massive … Read more