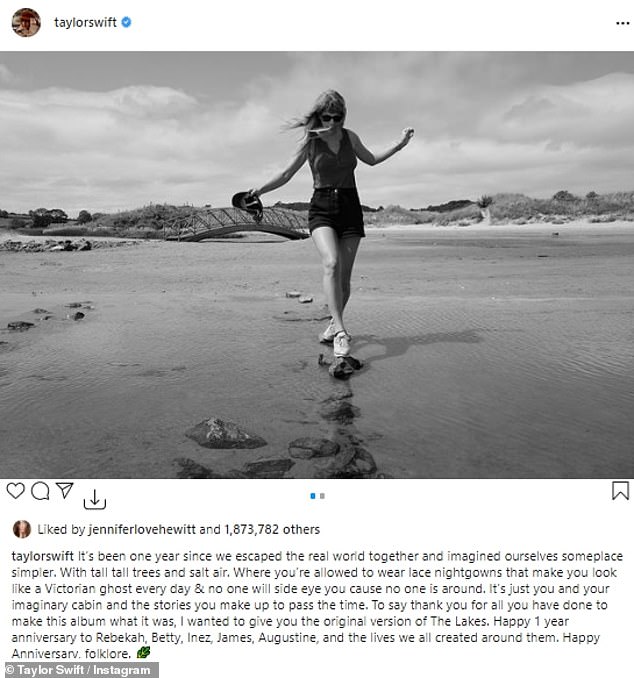 One year after surprising the world with her eighth album, Folklore, Taylor Swift presented her fans with an unexpected anniversary gift on Saturday.   To millions of Swifties’ delight, the 11-time Grammy winner released the ‘original’ and orchestral version of her hit bonus track The Lakes.    ‘It’s been one year since we escaped the real world together and … Read more 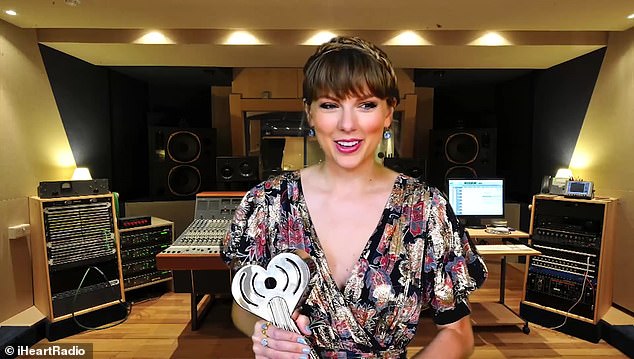 Taylor Swift beamed into the iHeartRadio Music Awards on Thursday night to accept the Pop Album Of The Year gong for her hit record Folklore. The singer-songwriter, 31, delivered her emotional acceptance speech from the comfort of a recording studio, sparking excitement over the possibility of another album. ‘Thank you so much for this award … Read more

Taylor Swift had quite the year in 2020, as she graced her fans with two albums. And the 10-time Grammy winner is kicking off the new year at the top of her game with an impressive achievement. She broke another record recently, as her album Folklore became her fifth top-selling album of the year in … Read more

Taylor Swift is having a great week after winning Artist of the Year at the AMAs, scoring six Grammy nominations and dropping her new concert film on Disney+. The 30-year-old dished about filming and directing Folklore: The Longpond Studio Sessions amid the pandemic during a virtual chat with George Stephanopoulos on GMA. During her Wednesday … Read more

She’s riding high on the success of her latest album, Folklore, which received six Grammy nominations on Tuesday. And Taylor Swift confirmed what many fans had already assumed by revealing that boyfriend Joe Alwyn co-wrote a few songs on her melodic catalog. While discussing the song Exile in her new film dedicated to creating the … Read more

She snagged six Grammy nominations, stemming from her surprise album Folklore and for her haunting track Beautiful Ghosts from the film adaptation of Cats.  And Taylor Swift, with a glass of red wine in hand, celebrated the impressive feat with her tight knit team of collaborators via Skype and FaceTime on Tuesday. ‘ask us how … Read more