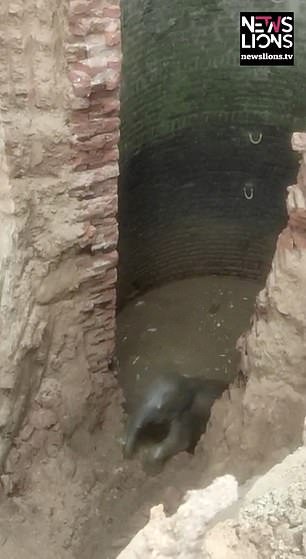 Well-ie the elephant! Calf is rescued with a digger from 30ft well in India… then off she goes with a trumpety-trump Baby elephant escaped the 30-foot-deep well after rescuers excavated corridor  Fell into the well in Jharkhand, India, on Sunday night and was rescued yesterday Forest Department officials are now driving him towards his 22-strong … Read more

Africa’s forest elephants are inching towards extinction, with their population dwindling 86 per cent in the last three decades, conservationists said on Thursday. Savanna elephants on the continent have also seen a massive decline in numbers, dropping by 60 per cent in 50 years.  The figures were released as part of an update to the … Read more 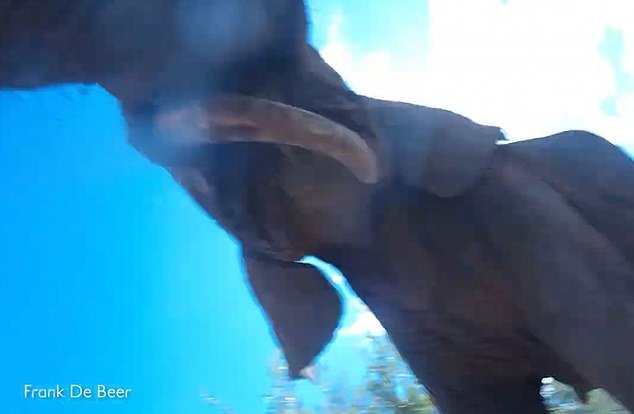 What the ‘el is that? Elephant captures some interesting angles when it picks up a hidden camera in its trunk  Herd of elephants walk through the Olifants West Nature Reserve in South Africa One of the elephants moves trunk towards hidden GoPro and gives it a sniff Another curious elephant picks up the camera and … Read more 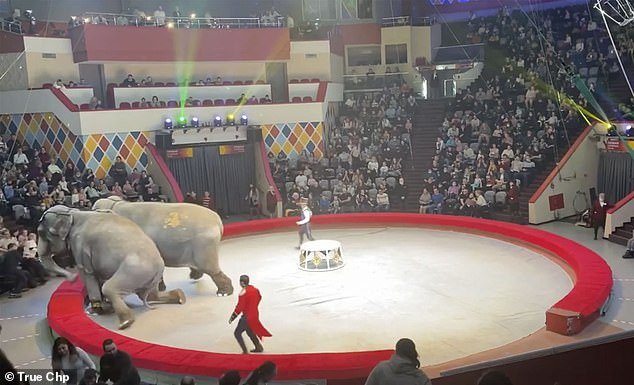 Two elephants came to blows in chaotic scenes at a Russian circus which forced spectators to flee the arena.  Elephant trainers tried desperately to separate the brawling giants after an Indian female named Jenny butted another named Magda and knocked her to the ground.  She then tried to trample her floored rival at the edge … Read more 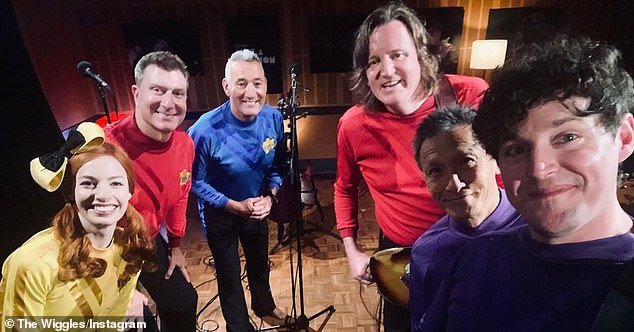 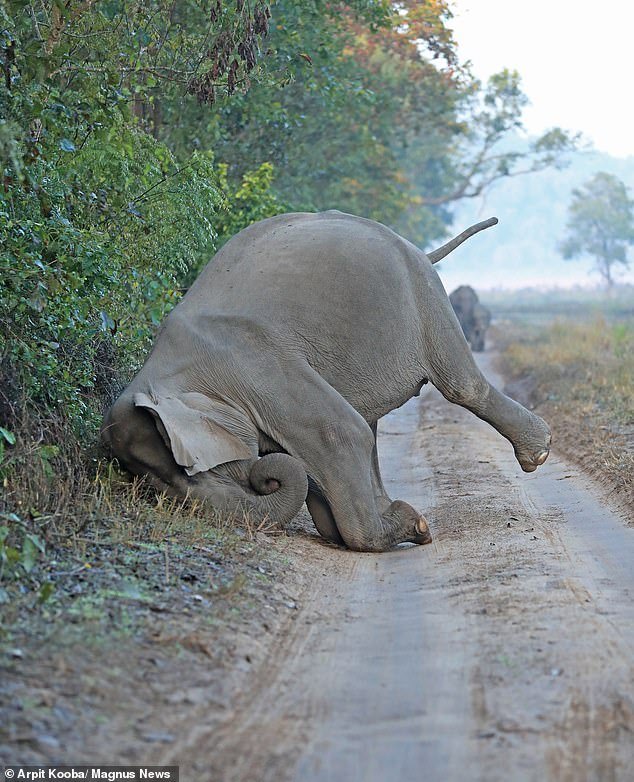 Jumbo faceplant! Moment elephant dives trunk-first onto grass verge to give herself a mud mask The Indian elephant was filmed in the Jim Corbett National Park in Uttrakhand The elephant buried its head into the verge to rub its face in the mud A tour guide told photographer Arpit Kooba the elephant was removing bugs   … Read more 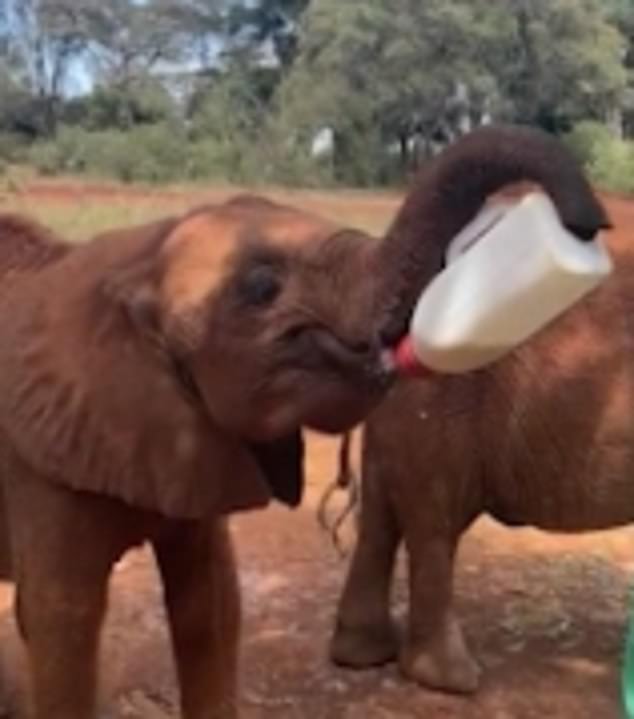 Thirsty work: Adorable moment orphaned baby elephant gets to grips with holding its own feeding bottle Bondeni tries to hold onto the bottle of warm formula milk with tip of his trunk Baby elephant loses his grip on the bottle and allows keeper to offer him a hand The footage was captured at the Sheldrick … Read more 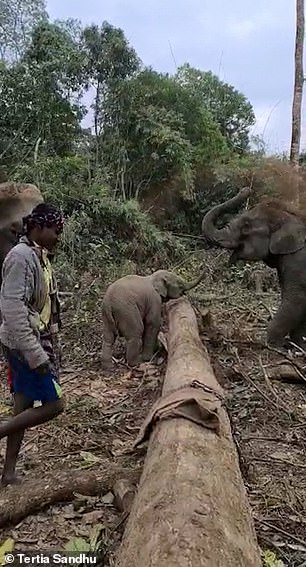 It’s not easy being this small! Moment elephant calf gets stuck as she tries to climb over fallen tree while walking with his family Phantom the elephant calf was walking through a forest clearing in Chowkham Locals filmed the two-year-old elephant trying to cross a fallen tree sump Phantom was with his elder brother Babulal, … Read more 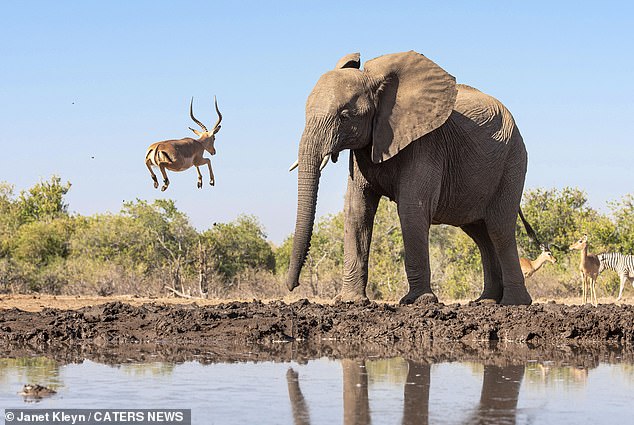 Friends in high places! Antelope comes face to face with an elephant as it leaps high into the air The impala jumped in front of the elephant in the Mashatu Reserve in Botswana The animals are known to leap huge distances for fun and for protection The incredible moment was captured by wildlife photographer Janet Kleyn … Read more 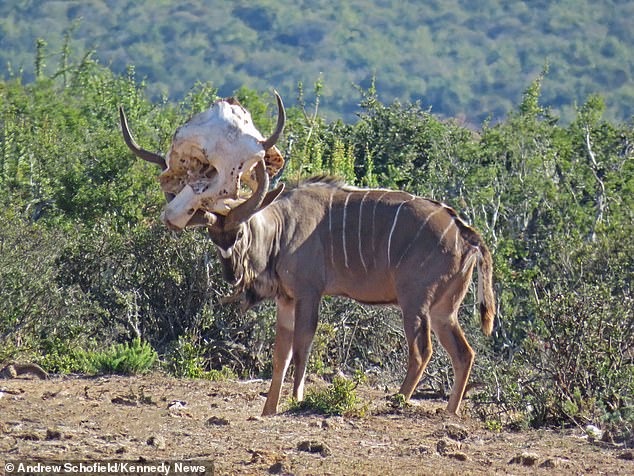 A new set of eleph-antlers! Clumsy antelope tries to get an elephant skull off its head after it became stuck during rutting practice in South Africa The kudu was practising rutting against the skull when it got stuck on its antlers The animal was seen swinging its head around in an attempt to free itself … Read more