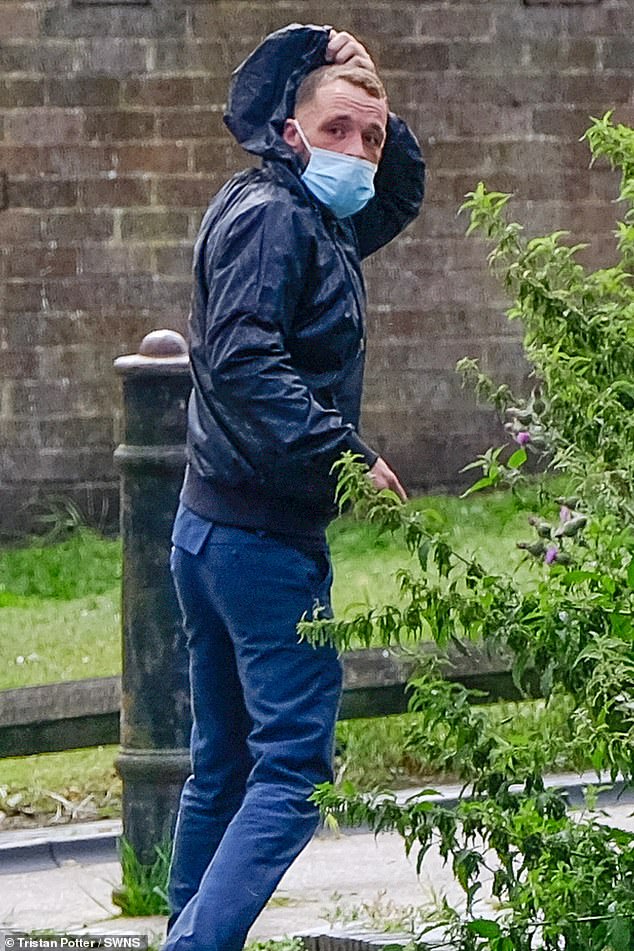 Former teacher, 74, denies sexually abusing two boys at George Osborne’s old school in the 1970s David Samson, 74, was employed at St Paul’s Preparatory School in the 1970s He has denied four counts of gross indecency with a boy under sixteen Also denied three counts of indecent assault and one count of buggery The … Read more

Grime star MistaKay, 25, whose music featured on Coronation Street and Radio 1 admits sexually abusing a toddler Kieron Cunliffe admitted to six charges relating to sexually abusing a toddler  Rapper, known as MistaKay, had music feature on Radio 1 and Coronation Street The 25-year-old will be sentenced at Sheffield Crown Court on February 26  … Read more

Man, 23, is banned from keeping pets for verbally abusing his Rottweiler after he was recorded calling her ‘dirty little mutt’ and telling her to ‘get in f****** bed’ Joshua Ponsford of St George, Bristol, pleaded guilty to animal welfare offence  He screams at pet Lulu during a recording and dog can be heard whimpering  Given … Read more

Katie Price furiously defended her terminally ill mother Amy, after a cruel troll left a vile comment under her latest post. Amy was diagnosed with lung condition Idiopathic Pulmonary Fibrosis in 2017, a condition which impacts breathing and causes scarring on the lungs.  The former glamour model, 42, took to her Instagram stories on Sunday … Read more

A British Army soldier in the Coldstream Guards has been found guilty of racially abusing a colleague after he expressed his happiness that Muslims had been ‘butchered’ just 10 days after the New Zealand mosque attack. Lance Sergeant Derek McHugh was working in the guard room at a barracks in Windsor when he pretended to … Read more

A priest accused of sexually abusing two young brothers after plying one of them with drink and playing strip poker claimed to be an exorcist who worked for the FBI, a court heard. Father Stephen Motroni, 63, claimed he was linked to the US intelligence and security agency as well as involvement in evicting demons, … Read more

Former Jon & Kate Plus 8 reality star Jon Gosselin has strongly denied reports that he harmed his teenage son, and has also denied that there is any ongoing investigation into such an incident.  According to a magazine report, Collin Gosselin, 16, had supposedly claimed in a now-deleted Instagram post, that his father Jon, 43, … Read more

At least 4,000 cases of children attacking their own parents were reported to police during lockdown, alarming figures reveal. Such violent episodes spiked by 25 per cent over the period from March to June when social contact outside households was limited to wrestle down the pandemic. The surge in attacks included one mother who was … Read more

Wilfried Zaha has spoken out on the racist abuse he received before Crystal Palace’s trip to Aston Villa on Sunday, where he thanked the Midlands Police for their ‘swift action’ in arresting a 12-year-old boy. The Ivorian star took to Twitter on Monday morning to say that people, whatever their age, cannot ‘hide behind social … Read more