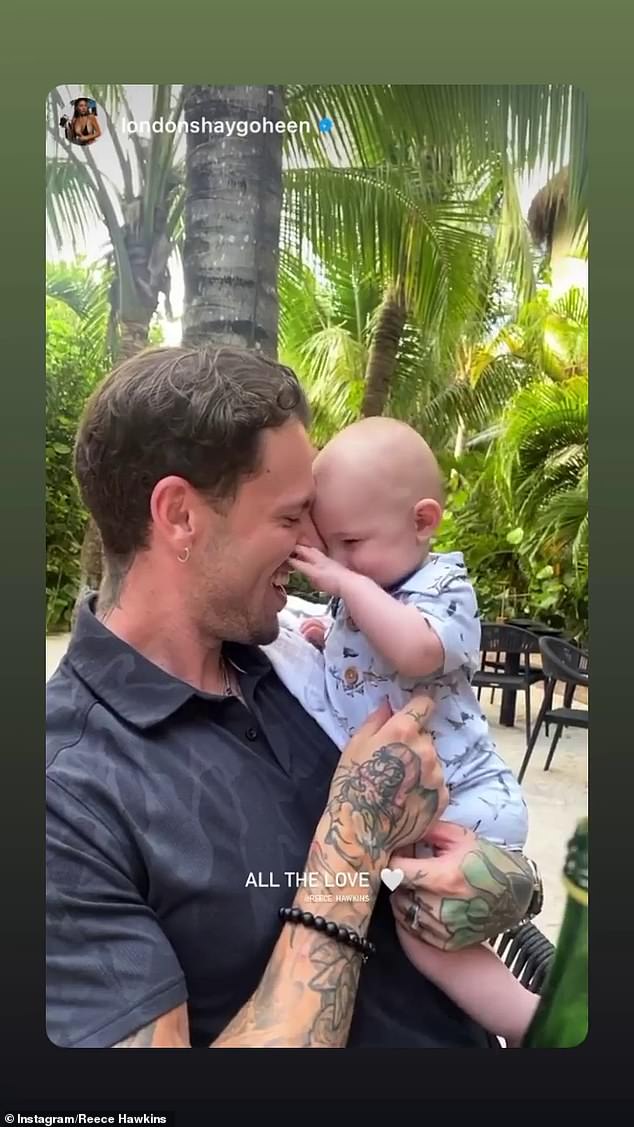 Together at last! Reece Hawkins reunites with his four-month old son Stone and wife London Goheen during a family trip to Mexico

Reece Hawkins has finally been spotted with his wife London and four-month son Stone.

The 26-year-old trainer and influencer had been missing in action over the previous month but was filmed by his model wife on Friday cuddling up to Stone.

London, 23, shared the video to her Instagram Stories and captioned it with: ‘All the love.’

The video was also shared on Reece’s Instagram as London posted another clip with Reece adorably playing with their son’s feet during a leisurely swim at a local pool.

The couple reunited during a family trip down to Mexico after spending a month apart.

In June, London had jetted back to her home state of Florida with Stone while Reece remained on the Gold Coast.

Together at last: The couple reunited after spending a month apart. London had jetted back to America in June

The American model shared a sweet picture of herself and her bub to her 548,000 followers on Instagram.

‘I LOVE YOUUUU SO MUCH STONEY HAWKINS!!!!’ she dotingly wrote.

‘I love you so much Stoney!’ London celebrated her young son turning four months old earlier this month and shared a sweet picture with her bub

The model gave birth to Stone back in March, posting the first picture of the tot cuddled up to her chest.

Reece and London revealed their baby news back in September and got married towards the end of last year.