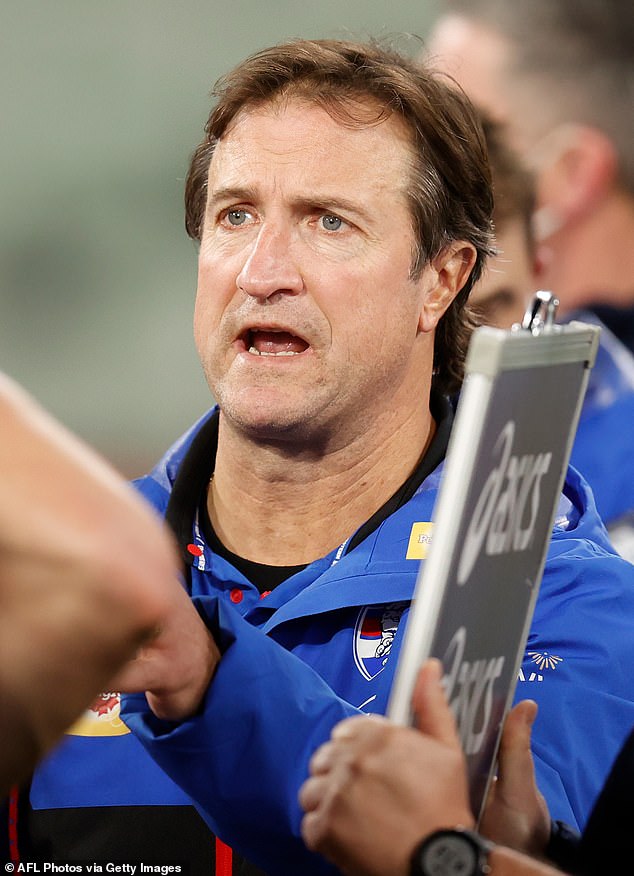 Western Bulldogs coach Luke Beveridge has urged the AFL not to force clubs to alter their training programs because of one now-infamous boxing session at Hawthorn.

Hawthorn were cleared of any wrongdoing, with WorkSafe satisfied with the club’s response and not taking any further action.

Clubs will be allowed to continue boxing training but the AFL has placed guidelines on how it can happen, which were released only minutes after Beveridge addressed the media ahead of the Bulldogs’ game against Adelaide on Saturday.

‘The AFL should never be in the business of telling clubs how they can train and how they can’t train,’ Beveridge said on Thursday.

‘It’s really important that the messages out of AFL House aren’t too directive and too arbitrary around what you can and can’t do.

‘Our boxing coach does a magnificent job with our players one-on-one. There’s a lot of sparring with mitts.

‘(Boxing’s) a really important part of our program with the conditioning aspect.

‘Just because one club gets it wrong from a risk management point of view doesn’t mean that every other club all of a sudden becomes vulnerable and needs to eliminate the risk.

‘We don’t spar player-to-player but we haven’t been told what we can and can’t do.

‘Until we get something formal, we won’t even take much notice.’

The AFL has banned sparring and combat between teammates and club staff but boxing will be allowed to continue if sessions are carefully managed by qualified individuals.

It comes after the AFL updated its health protocols ahead of this season with players now having to miss at least 12 days of training and playing if they suffer a concussion.

‘These new measures have immediate application and are part of the ongoing efforts of the AFL and clubs to protect the health and safety of the players,’ the AFL’s football executive Andrew Dillon said.

‘With the introduction of these new measures, the risk of this sort of incident occurring in the future will be significantly reduced.’