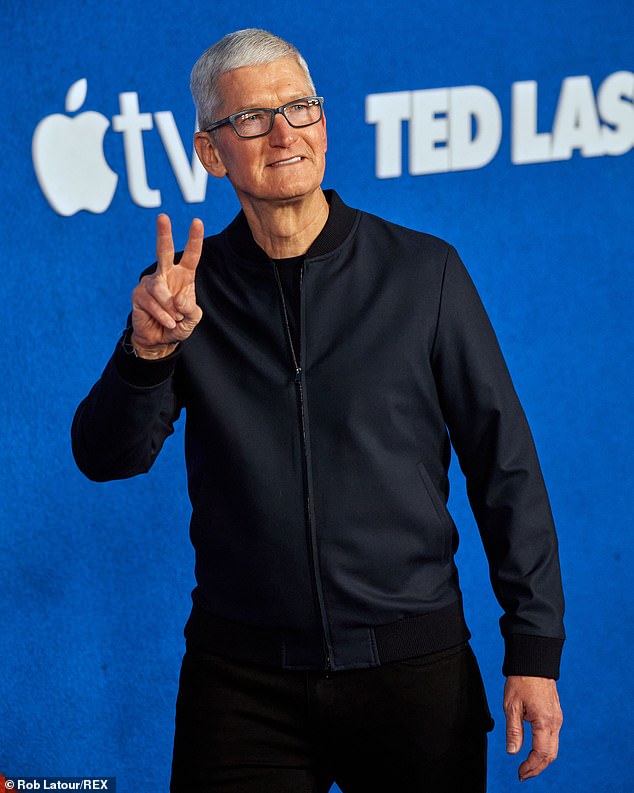 Apple sets a profit record of $21.7 BILLION in its third quarter as iPhone sales soared by 50%

By Afp and Harriet Alexander For Dailymail.com


Apple on Tuesday set a new profit record, with its quarterly earnings nearly doubling to $21.7 billion – thanks largely to iPhone sales and digital services.

Revenue surged 36 per cent from a year ago to $81.4 billion, the best ever for the tech titan’s fiscal third quarter.

The results, the best in the company’s 45-year history, are a triumph for Tim Cook, the chief executive.

Apple is on pace for its best fiscal year ever, with a projected profit of $86 billion for the 12-month period ending in September, according to an average forecast of analysts surveyed by FactSet.

That would be about 51 per cent better than last year’s record and way above the 11 per cent prediction made by several analysts.

‘This quarter, our teams built on a period of unmatched innovation by sharing powerful new products with our users, at a time when using technology to connect people everywhere has never been more important,’ he said.

Tim Cook, the CEO of Apple, on Tuesday celebrated the best quarterly results in the company’s 45-year history. Apple is on pace for its best fiscal year ever, with a projected profit of $86 billion for the 12-month period ending in September

An Apple iPhone 12 is seen next to a MacBook Pro. Sales of iPhones were up 50 per cent in the three months to June

Apple shares were little changed in after-market trading following the results, which were stronger than most forecasts.

The California giant said revenue from iPhone sales jumped some 50 per cent and posted increases for its increasingly important services such as digital payments and music.

Sales from iPhones rose 50 per cent to $39.6 billion during the April-to-June period compared with a year earlier.

The increase was down to the well-received iPhone 12 series, and the 5G connectivity.

People enter the subway in front of a Apple’s iPhone 12 advertisement, in Shanghai, China on July 9

The Apple stock market ticker symbol AAPL is displayed on an iPhone screen and reflected in the logo of an iMac computer. Apple is celebrating a record quarter

‘Our record June quarter operating performance included new revenue records in each of our geographic segments, double-digit growth in each of our product categories, and a new all-time high for our installed base of active devices,’ said chief financial officer Luca Maestri.

The results come with Apple and other tech giants facing heightened pressure from antitrust enforcers around the world for their dominance of key economic sectors, which has increased during the pandemic.