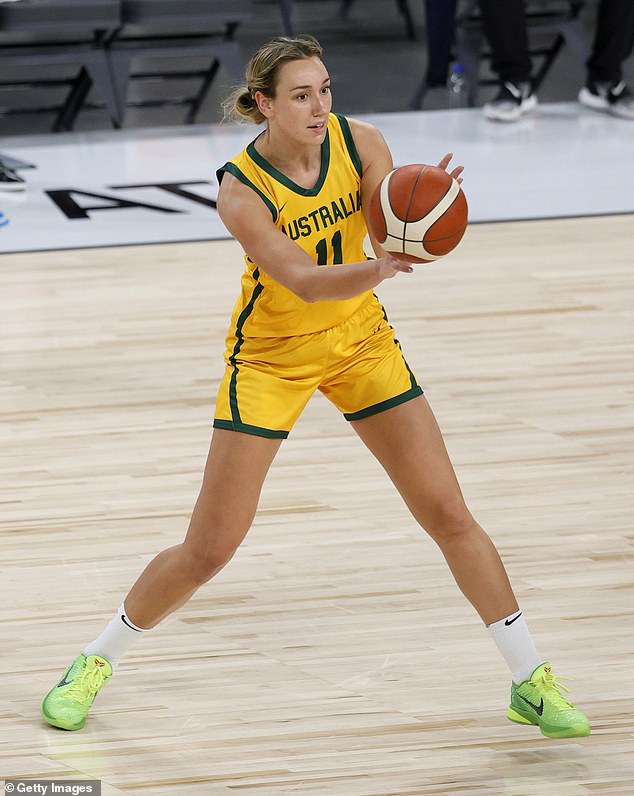 The Opals have let a seven-point lead slip, fading badly in a 85-70 loss in their Olympic women’s basketball opener to Belgium.

But, in their Olympic debut, Belgium turned up the heat and the Opals weren’t able to match it.

Tn their Olympic debut, Belgium turned up the heat and the Opals (pictured) weren’t able to match it

Those cheap points built pressure and the Opals’ offence suffered, Australia only scoring 29 in the second half and losing the final quarter 29-13.

The Opals beat gold medal favourites the United States in a practice match immediately after her exit though, fuelling hope of a breakthrough Olympic title for the No.2 ranked side.

Instead it’s Belgium – fourth in the 2018 World Cup and match hardened by a tough Olympic build up – who made the early statement.

The Opals, who have Puerto Rico and China in their group, can still progress to the quarter-final stage with wins later in the tournament.