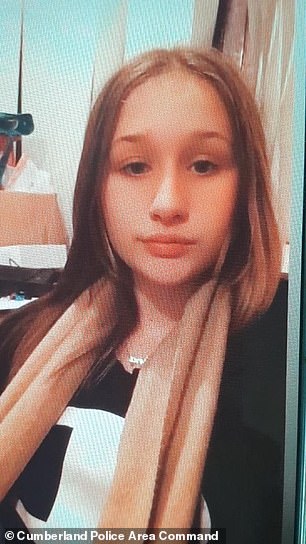 Police urging public to come forward in desperate search for young girl Milina Wilks, 12, went missing from Plumpton Marketplace on Thursday She was wearing her green and yellow school uniform when last seen

A desperate search is underway for 12-year-old Milina Wilks who was last seen at Plumpton Marketplace on Thursday afternoon.

Police are urging the public to come forward after a young girl went missing from a shopping centre in Sydney’s west.

A desperate search is underway for 12-year-old Milina Wilks who was last seen at Plumpton Marketplace on Thursday afternoon.

She was last seen at the centre on Hyatts Road at 3:55pm. Police are concerned for the girl’s safety given her young age.

Milina is about 155cm tall, with blonde hair, brown eyes and a thin build.

She is caucasian in appearance.

She was wearing her school uniform when she was last seen – a yellow and green outfit with a grey hooded jacket and black tracksuit pants.

Anyone with information about Milina is being urged to contact CrimeStoppers on 1300 333 000 or Nepean Police Station.

She had been missing for several days before she was eventually found.