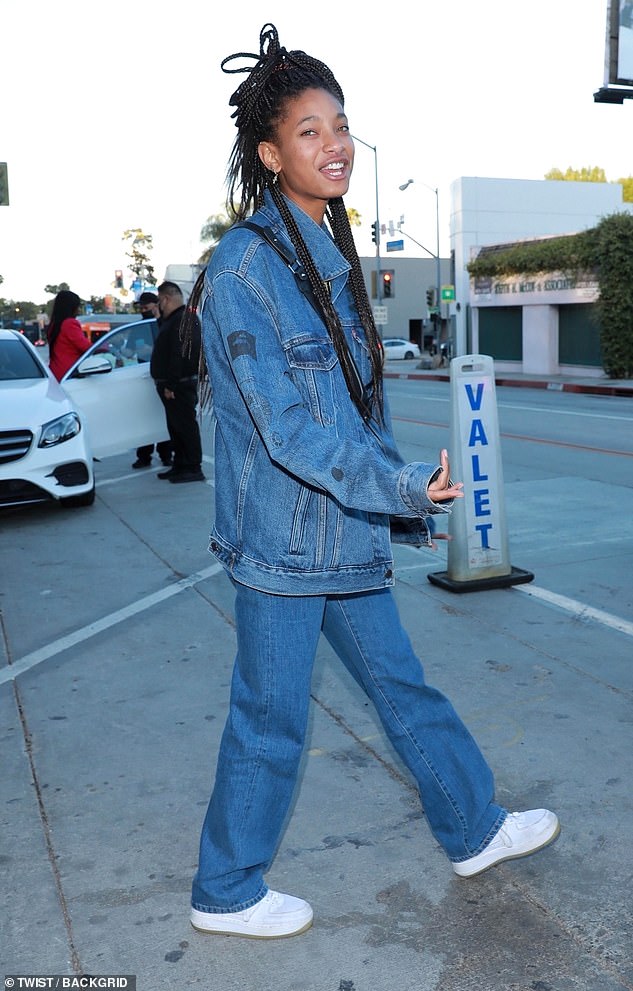 By Millie Payne For Mailonline

She may only be twenty years old.

But American singer Willow Smith was not afraid to showcase her inner 90s vibe on Wednesday with an oversized double denim look.

The Whip My Hair hitmaker grinned from ear-to-ear as she headed to Catch in LA wearing a jacket with matching jeans.

Double denim: Willow Smith, 20, smiled as she embraced a 90s look while heading to Catch in LA on Wednesday night 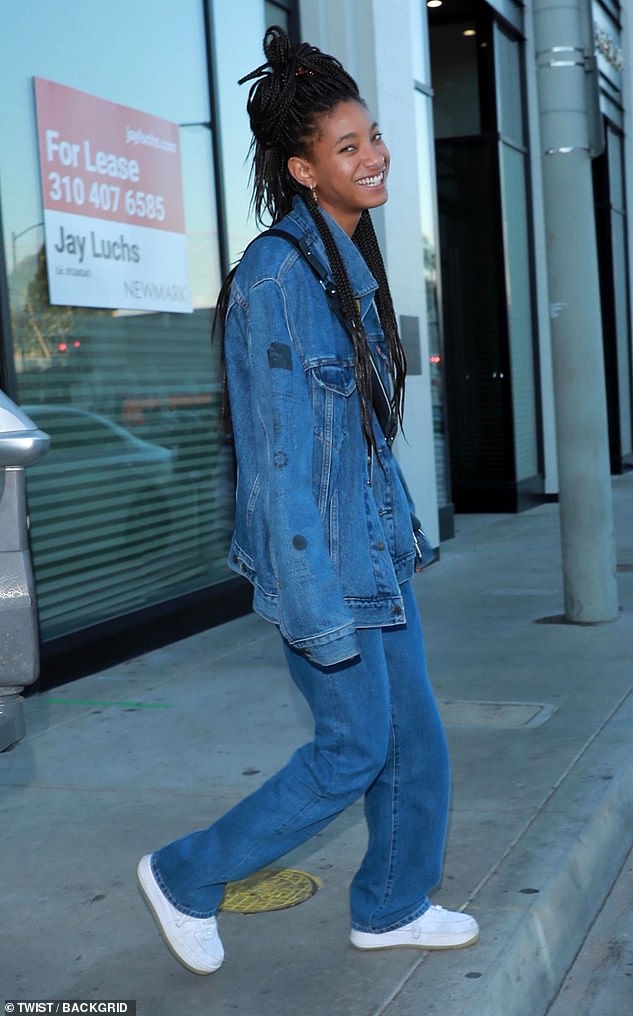 The star, whose parents are Will and Jada Pinkett Smith, completed her look with a pair of Nike Air Force trainers.

Willow recently teamed up with Avril Lavigne for a pop-punk track.

The duo appeared to be having a blast as they rocked out together during the shoot and were seen high-fiving each other after belting out their track. 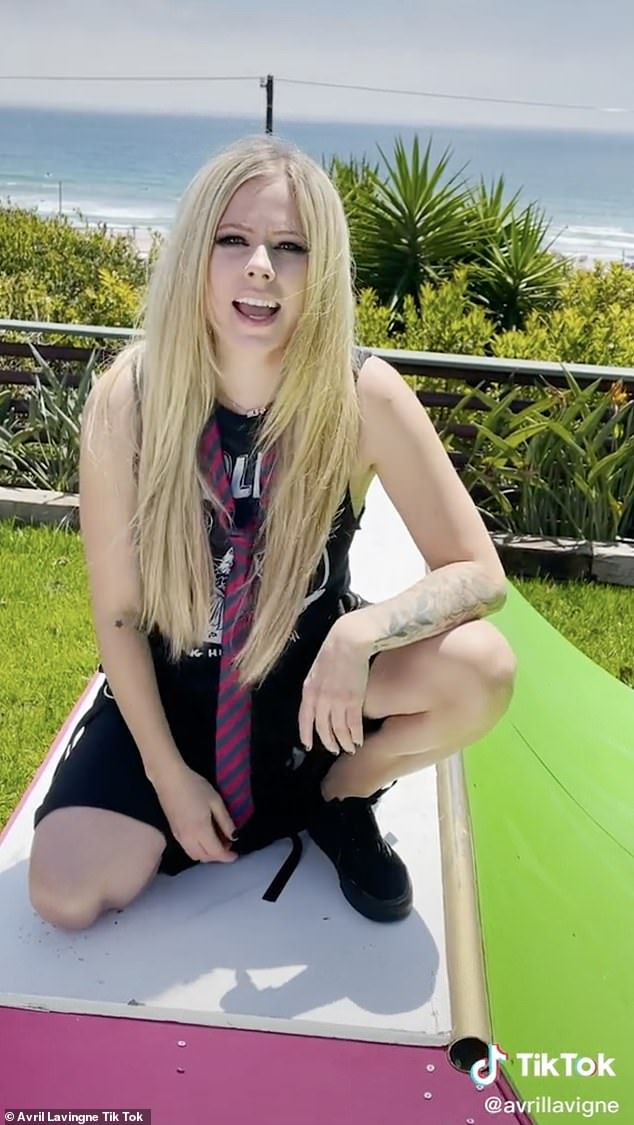 More to come: Willow recently teamed up with Avril Lavigne for a pop-punk track

The musician has recently spoken to V Magazine about how she hopes her upcoming album, Lately I Feel Everything, will help inspire Black women to get involved in rock music.

She said: ‘Through the music that I’m putting out right now and the representation that I can bring to the mix.

‘I just hope that the Black girls that are listening to my music and listening to this album see that there’s more of us out there.’

Willow announced to her 8.2 million Instagram followers on Monday night that her upcoming album will be released next month.

‘<Lately I Feel Everything> THE ALBUM DROPS ‼️ JULY 16th‼️’ she captioned the post.

The album will feature the collaboration with Avril. 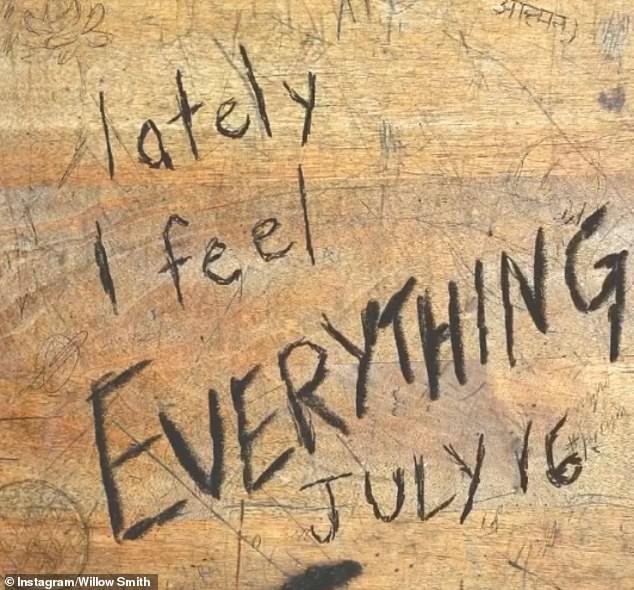 Announcement: Willow’s fans were delighted when she revealed on Monday night that her upcoming album will be released next month

Exciting: The 20-year-old finally stopped teasing fans with this post