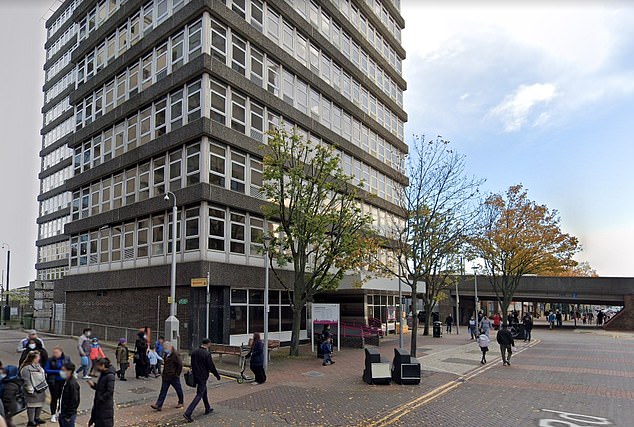 A council worker who was sacked for using the N-word on an anti-radicalisation training course has won a claim for unfair dismissal.

Ian Stevenson used the racial epithet after being asked to give an example of racism that he had witnessed.

Shortly before the course’s instructor had told him and other employees that the session was a ‘safe space’.

But an employment tribunal heard that there was no definition for what that actually meant.

After Mr Stevenson said the N-word in full, other staff on the course complained and he was sacked for gross misconduct.

Council worker Ian Stevenson was sacked for gross misconduct after staff complained about his use of the N-word during a Prevent training meeting for Redbridge London Borough Council employees. Pictured: Redbridge council’s head office

However, he has now won a case for unfair dismissal after a judge ruled Redbridge London Borough Council, where he had worked for 32 years, should have resolved the matter differently.

Mr Stevenson, who apologised for using the word in full, is now in line for compensation.

Despite the course being about anti-radicalisation, Mr Stevenson raised issues surrounding racism.

A tribunal report said: ‘The facilitator of the session had said that the session was a “safe space”.

However, the report noted: ‘There is no definition of what using the phrase “safe space” means within the [council] and there is no universal understanding of what it means or what is allowed when the phrase is used.’

The hearing was told that although the course was about radicalisation, Mr Stevenson raised the issue of racism, specifically around Jewish jokes, stereotypes and websites.

‘During the course of this session Mr Stevenson asked a question of the facilitator around when situations should be reported as racism as sometimes it was unclear,’ the tribunal said.

‘She asked him to give an example and Mr Stevenson relayed a situation he had been in in 1985 when a black person had referred to his then girlfriend, who was also black, using the N-word.

‘In the course of relating this example Mr Stevenson used the N-word in full.

However, following the course several other course participants complained about him with one saying the use of the word had had a ‘significant’ impact on him.

The report added: ‘Mr Stevenson accepted at the disciplinary hearing that he had reflected on the impact of his language on the individuals and said he felt ‘terrible’.

In July 2020 he was sacked was sacked for gross misconduct, however Employment Judge Imogen Noons ruled that it was unfair.

No other action apart from a disciplinary hearing – such as mediation – was considered by the council and it claimed he didn’t show remorse when he did, the judge found.

But, she criticised Mr Stevenson for using the N-word in full when there was no need.

Judge Noons said: ‘Mr Stevenson was a long serving employee of the council. He had attended diversity and inclusion training courses and by his own account he knows that the N-word is extremely offensive and in fact he, himself, was offended by its use.

‘The N-word is an offensive and racially loaded term and is not appropriate for use in the workplace.

‘One of the complainants made clear he was impacted by the use of this word. Mr Stevenson could have told the same story but just said “and the individual used the N-word”, rather than saying it in full.

Any compensation Mr Stevenson receives at a future hearing will be reduced by 90 per cent, she ruled.