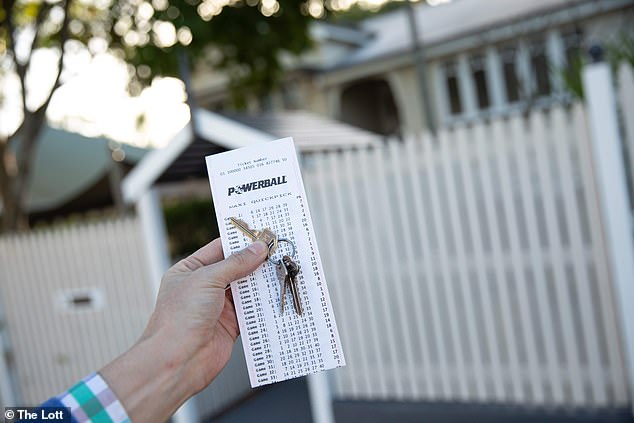 Check your tickets NOW: One lucky Australian may have scooped the $40million Powerball jackpot

The hunt is one for Australia’s latest multimillionaire after the numbers were drawn for this week’s $40million Powerball jackpot.

The Lott spokesperson Lauren Cooney said those marking their Powerball entries for draws could consider how they interpreted the game’s ‘hot’ and ‘cold’ numbers.

‘While Powerball is a random game of chance, and every number has an equal chance of being drawn, there are some numbers we have seen drawn out of the barrel more often than others,’ she said.

Ms Cooney said players interested in trying their hand at choosing their numbers may mark ‘hot’ numbers in the hope they live up to their reputation of being drawn more often.

‘Or they could choose to use ‘cold’ numbers in the belief their turn to be drawn is just around the corner,’ she said.

‘We’ve even had previous winners tell us they avoid both sets of ‘hot’ and ‘cold’ numbers, instead picking those numbers that aren’t getting any attention.’