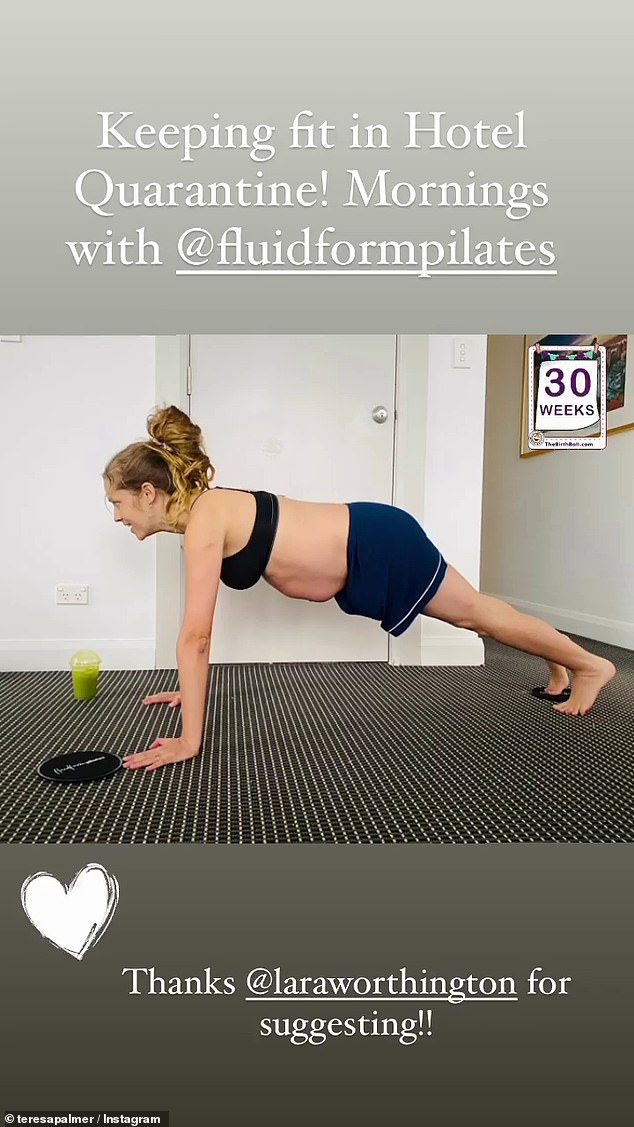 She’s 30 weeks pregnant and in the midst of a 14 day hotel quarantine.

But that’s not going to stop Teresa Palmer from getting in a workout, with the 35-year-old Australian actress posting pics to her Instagram Stories of her Pilates routine on Saturday.

Sharing an image of herself on all fours on the hotel carpet, Teresa wrote, ‘Keeping fit in Hotel Quarantine! Mornings with @fluidformpilates.’

Breaking a sweat: Heavily pregnant Aussie actress Teresa Palmer, 35, is working up a sweat and exercises while stuck in hotel quarantine.

In the next snap, in which Teresa sat down and stretched, she wrote, ‘afternoons with @emilyskyefit.’ 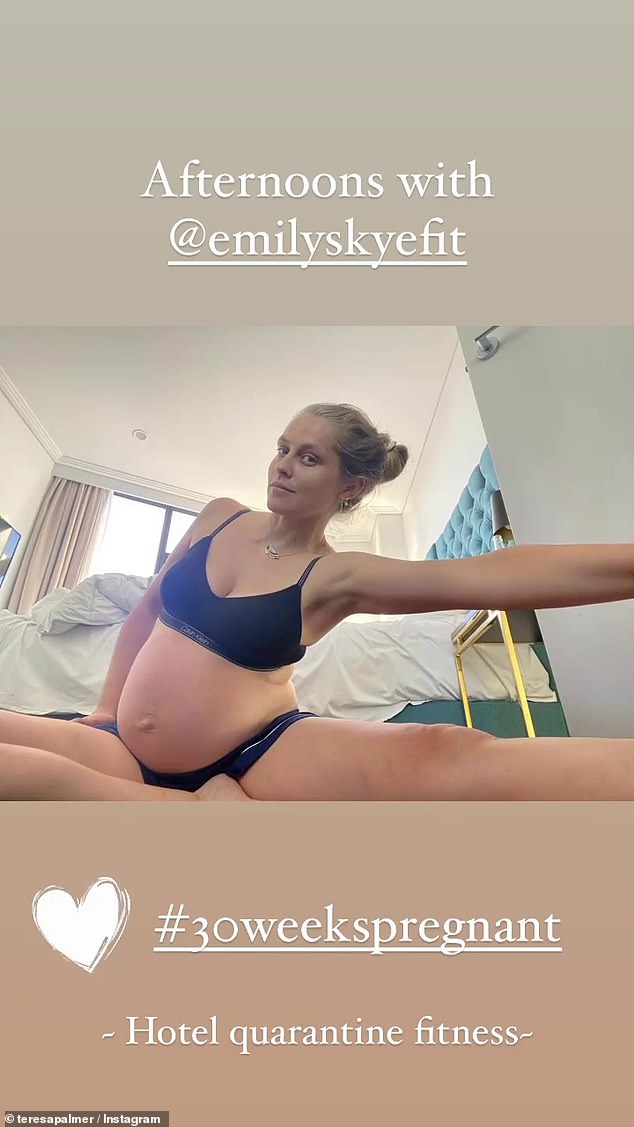 ‘Keeping fit in hotel quarantine!’: The Aussie actress posted on her Instagram stories snaps of her doing push ups and stretching with a pronounced belly.

Subsequent posts showed Teresa’s meals and videos of her playing with her children along with the caption, ‘quaro day 4.’

Like many celebrities currently stuck in hotel quarantine, Teresa has been documenting her day-to-day life in a series of videos and posts.

The actress arrived in Sydney with her family on Tuesday after a long-haul flight from the U.S. 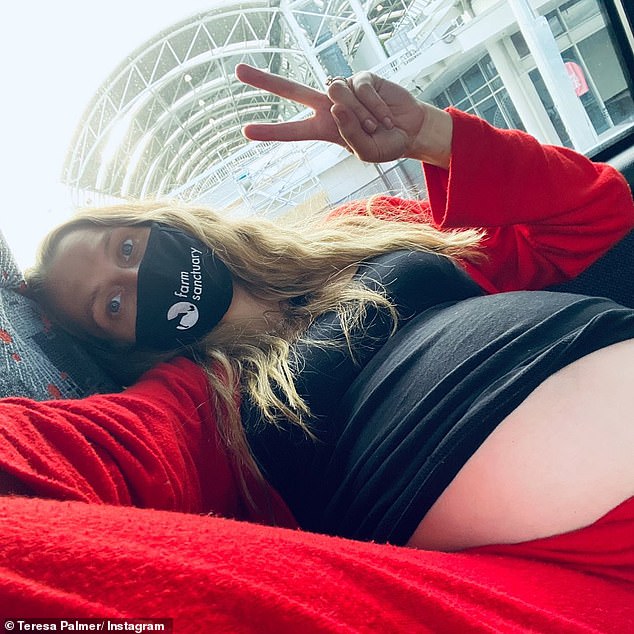 Making the most of her time: Like many other celebrities currently stuck in hotel quarantine, Teresa has been documenting her day-to-day life in a series of videos and posts.

After landing, the actress, her director husband Mark Webber and their four children were whisked away to a nearby hotel to begin their 14-days of mandatory quarantine.

Mark is also father to son, Isaac Love, 13, whom he shares with his ex-partner, actress Frankie Shaw.

After completing quarantine, the family will then head to Teresa’s home state of Adelaide, where she plans to give birth to her fourth child due in August.

Teresa announced her pregnancy on her 35th birthday back in February on Instagram. 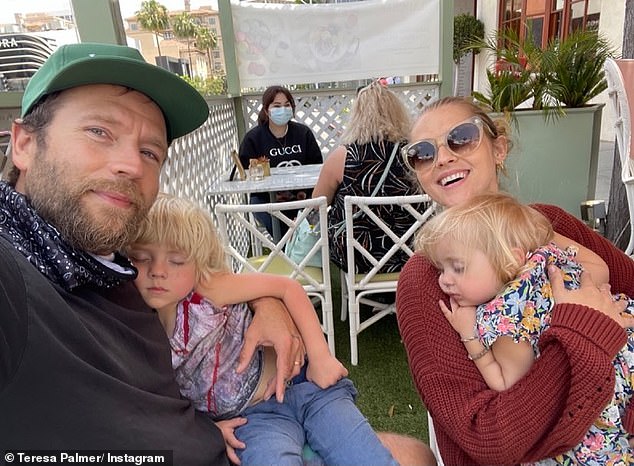 Home at last: The actress arrived in Sydney with her family on Tuesday after a long-haul flight from the U.S. Pictured with her director husband Mark Webber (left) and two of their four children