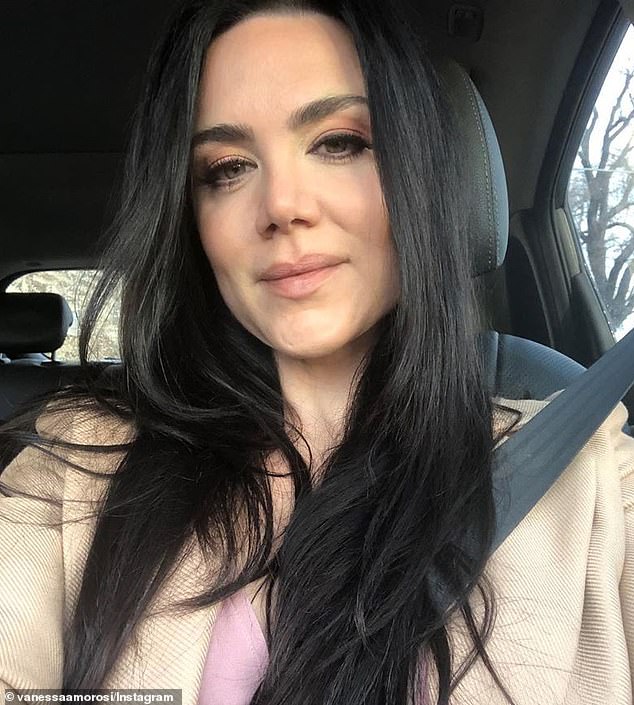 Vanessa Amorosi’s mother has hit back in the bitter court battle with her daughter, who accuses her of swindling thousands of dollars worth of music earnings.

She is seeking proceeds from previous royalties, tour income and investments she alleges went missing, according to the statement of claim.

Amorosi also alleges her mother took control of her finances in September 1999 when she was 17 and had just had her big break, and used it to enrich herself.

But Ms Robinson has now filed a counterclaim denying that she deprived her of the funds and alleging the singer breached an agreement they made over a house Amorosi bought in 2001.

Ms Robinson claims Amorosi bought the home for ‘Joy’s sole use and benefit’ and the pair agreed they would both be registered as co-owners on the title, the Herald Sun reports.

Under the agreement, Amorosi would hold her mother’s half-share of the 219 Boundary Road, Narre Warren, home in trust until Ms Robinson paid her end.

‘In breach of the Narre Warren Agreement, Vanessa has continually persistently failed, refused or neglected to convey her half interest in the Narre Warren property to Joy,’ Ms Robinson’s writ reads.

Documents previously tendered in court reveal Ms Robinson established a company named ‘Vanjoy’, where Amorosi and her mother owned half the shares.

In November of 1999, Amorosi released the hit track Absolutely Everybody, which catapulted her to instant music stardom.

She went onto perform at the Sydney Olympics in 2000 before touring overseas and around Australia.

Over the coming years, Amorosi alleges she asked her mother to protect her money, with Robinson believed to have set up further financial trust accounts.

In a key example outlined in the lawsuit, the companies controlled by Ms Robinson allegedly assigned Amorosi an income of $862,512 across 2000 and 2001.

The singer, now 39, used 390,000 to purchase the property in Narre Warren, in Melbourne’s south-east, at the time.

The remainder of the money is unaccounted for, according to court documents.

Ms Robinson has also denied allegations she lived solely off the Vanjoy funds and disputes her daughter’s claims her professional career began when she was 12.

In November of 1999, Vanessa Amorosi released the hit track Absolutely Everybody, which catapulted her to instant music stardom

In the writ, Ms Robinson claims she has supported herself by working ‘mostly full-time’ as a cleaner since 1995, and has called on the court to enforce the ‘Narre Warren Agreement’.

Amorosi is seeking to be made the sole trustee of the multiple trusts established by Robinson in addition to equitable compensation for money paid to others during her career, which has spanned for more than two decades.

The singer bases herself in Los Angeles and is believed to have not spoken to her mother in some time.

She also has the name ‘Joyleen’ tattooed on her shoulder.

The case will be heard by a judge at a later date.