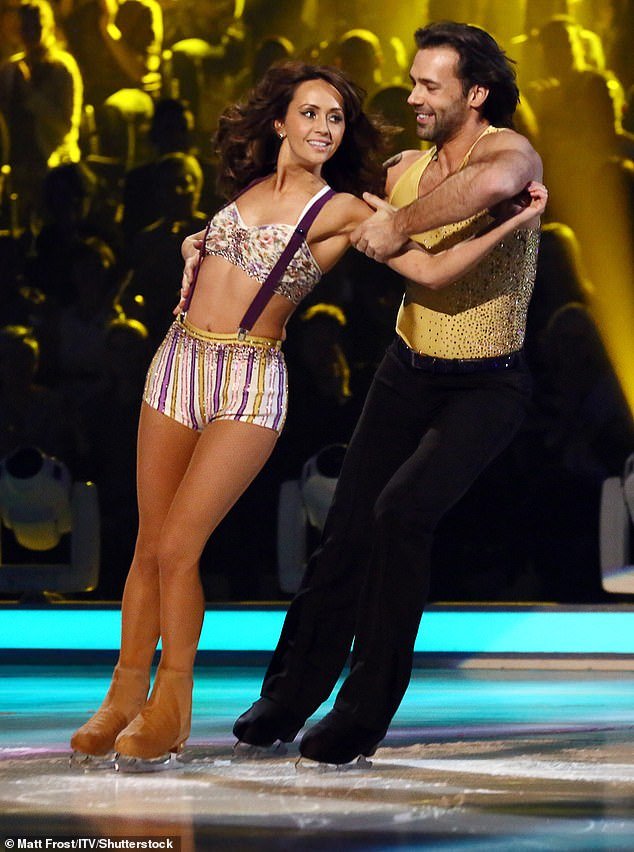 ‘I was running on empty’: Samia Longchambon reveals she weighed less than 7st on Dancing On Ice as nerves stopped her from eating

By Sean O’grady For Mailonline

Samia Longchambon has revealed she weighed less than seven stone during her stint on Dancing On Ice as she battled severe anxiety.

The actress, 38, admitted she was so nervous to take part in the ITV series that she found it difficult to eat or sleep and was ‘running on empty’.

Samia competed on the eighth series of the reality show in 2013 and was partnered with professional skater Sylvain Longchambon, who she married three years later.

Candid: Samia Longchambon has revealed she weighed less than seven stone during her stint on Dancing On Ice as she battled severe anxiety (pictured with Sylvain Longchambon in 2013)

Speaking on The Capsule in Conversation podcast, Samia recalled: ‘My first week of Dancing on Ice, I weighed just under seven stone. I couldn’t eat anything.

‘Sylvian was giving me doughnuts for a bit of sugar because my anxiety was so bad.

‘I couldn’t sleep, I was running on empty for the first couple of weeks because I was so nervous.’

‘Don’t worry so much, chill out. I’ve spent my whole life worrying, I had anxiety from being a child, literally born worrying.’ 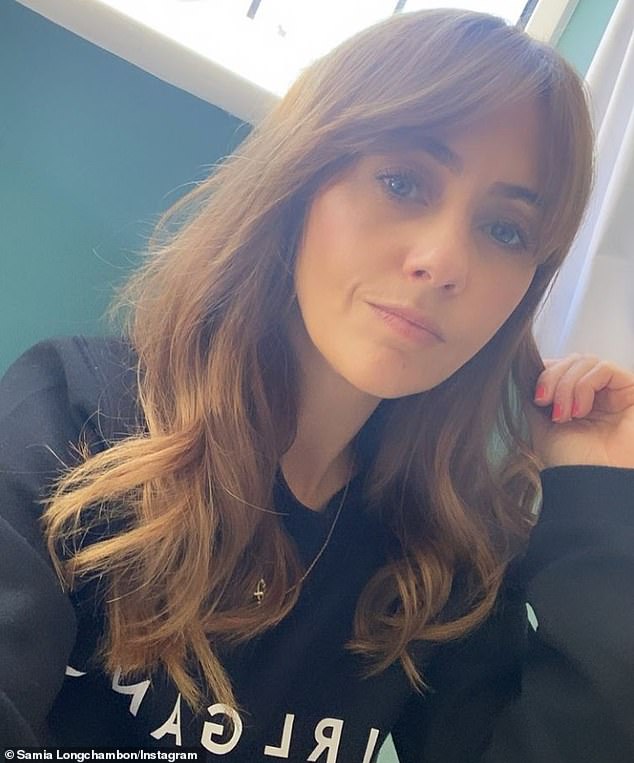 Samia was eliminated in week eight of the competition, losing in the skate-off with boxer Luke Campbell.

The Coronation Street star, who plays Maria Conner on the soap, has been open in the past about her battle with anxiety.

However, Samia found the coronavirus lockdown manageable as it took away the pressures of attending social events.

She explained: ‘Actually, this period has been OK for me. I’ve always preferred a night in to a night out. It takes a lot to get me out to a party, so I was fine with the thought of staying at home. 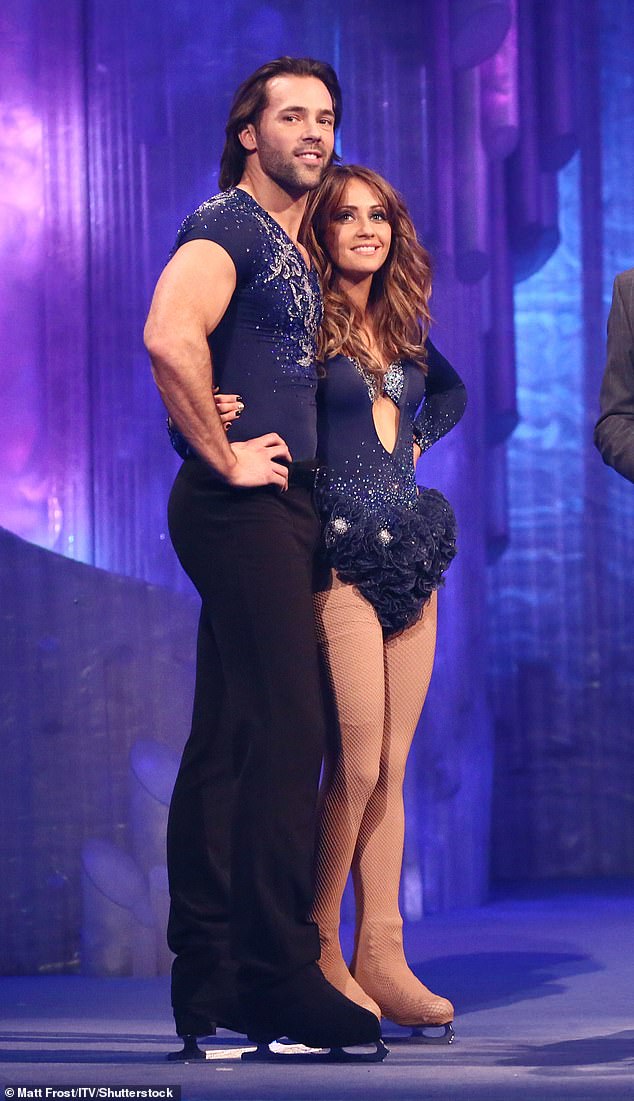 ‘But the biggest impact has been on my anxiety, which I have really, really struggled with for a long time.

‘I’ve found it’s finally eased while being on lockdown. I’ve had social anxiety most of my life which has been very challenging.

‘But I’ve found that now everyone has had to slow down and I don’t have that pressure to attend social events. The bustle of life has lifted.

‘I’ve been trying things for years to help and some of it has been good. I do yoga every day and I did a webinar about anxiety yesterday with a clinical psychologist, but this period has really helped me. 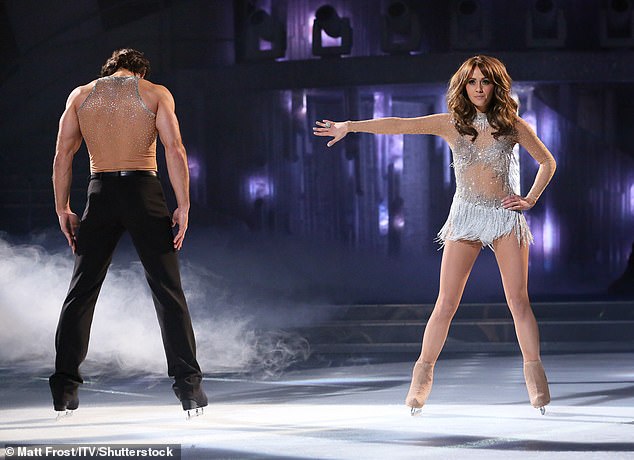 ‘I hope that by talking about it I might be able to assure other people that it’s normal too, and that it’s something you can deal with.

‘Although, I’m now going to the supermarket in a mask and gloves so that’s a different sort of anxiety.’

Samia is mother to son Yves, five, with Sylvain and daughter Freya, 11, from a previous relationship and told how, despite her years in the public eye, she wants her children to have a normal upbringing.

She said: ‘I want my kids to have as normal an upbringing as possible. I’ve never been into showbizzy parties and events. I like to stay grounded and this could all end tomorrow.

‘I don’t want my life to revolve around going to showbiz events for it to then all end. My filming schedule is very busy but when there’s downtime what I have outside is real.

‘Our best friends aren’t famous and the novelty of what I do for a living has totally worn off.’ 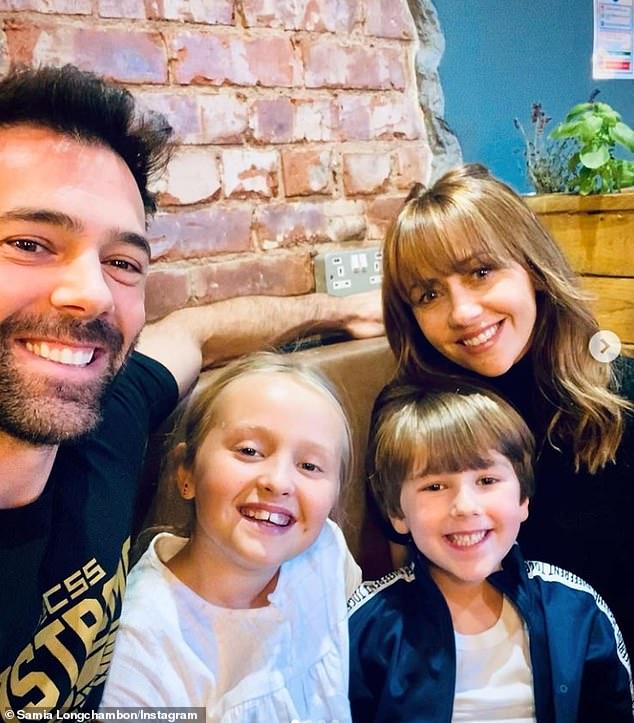