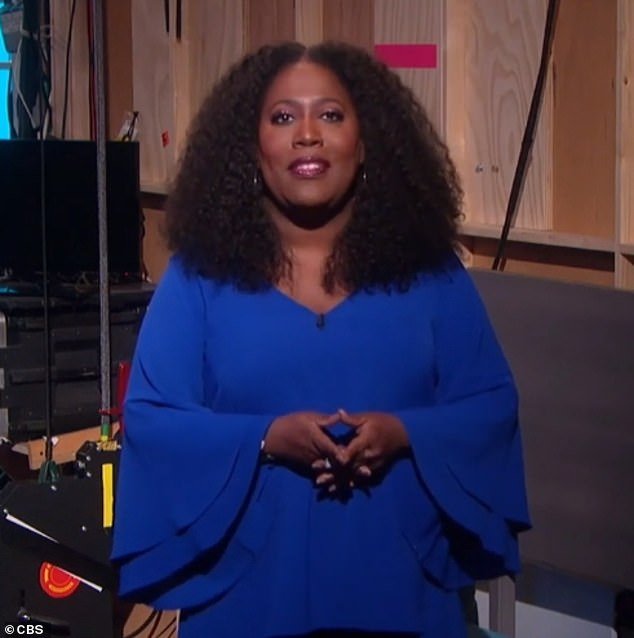 The Talk has returned to TV screens after almost a month-long hiatus due to the dramatic exit of original host Sharon Osbourne, who quit after clashing with Sheryl Underwood live on-air while speaking up for her friend Piers Morgan.

Osbourne, 68, defended Morgan, 56, for saying he didn’t believe Meghan Markle was suicidal during her Oprah Winfrey interview – which lead to a very heated exchange between Osbourne and Underwood, 57.

On Monday, Underwood explained how the CBS show would be moving forward from the drama by giving a special introduction, saying that the panel is now looking forward to ‘healing.’

The show must go on: The Talk RETURNS from month-long hiatus after Sharon Osbourne’s controversial exit… as Sheryl Underwood says panel look forward to ‘healing’

Last week, Osbourne shared text messages with DailyMail.com that she had sent to Underwood to apologize for her comments, but did not receive a reply from the stand-up comedian.

‘As you may know, during our break, Sharon decided to leave The Talk. We need to process the events of that day and what happened since, so we can get to the healing,’ Underwood stated at the beginning of Monday’s show.

‘Over the next hour, we will honestly discuss what occurred and explore some of our feelings. And we’ll also show you how anyone can become more comfortable discussing important issues and having difficult conversations. By the end of the hour, we want everyone to feel empowered and ready to move forward. So, let’s start talking.’