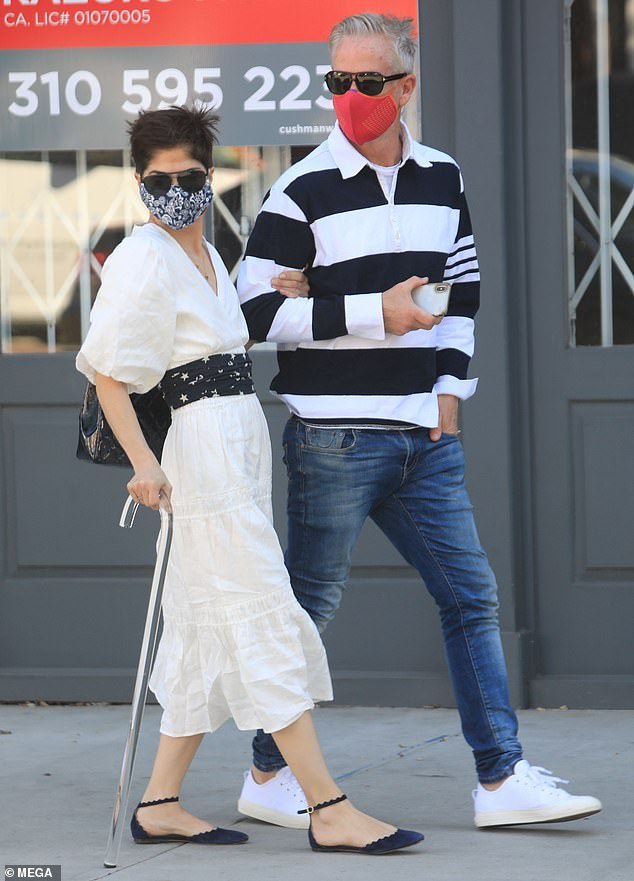 By Sarah Abraham For Dailymail.com

Selma Blair was spotted out in Los Angeles on Friday with her boyfriend Ron Carlson.

The 48-year-old actress rocked a stylish white linen dress with a starry belt as she and the filmmaker stepped out to get coffee.

The Cruel Intentions has been open about her battle with MS — first diagnosed three years ago — and utilizes a cane to help with mobility.

Coffee run: Selma Blair, 48, steps out with her boyfriend Ron Carlson in West Hollywood as they grab coffee

She paired the flirty frock with navy flats and a black Chanel bag as she strolled arm and arm with Carlson.

A person for her to lean on both physically and metaphorically, Carlson was by her side, even helping to carry her stylish clear cane so she could sip her beverage.

He looked put together in a black and white striped button down pullover and fitted jeans with white sneakers.

The pair have been on and off since 2017. Just a year later Blair started to notice some things were feeling off about her body before she was diagnosed with MS. 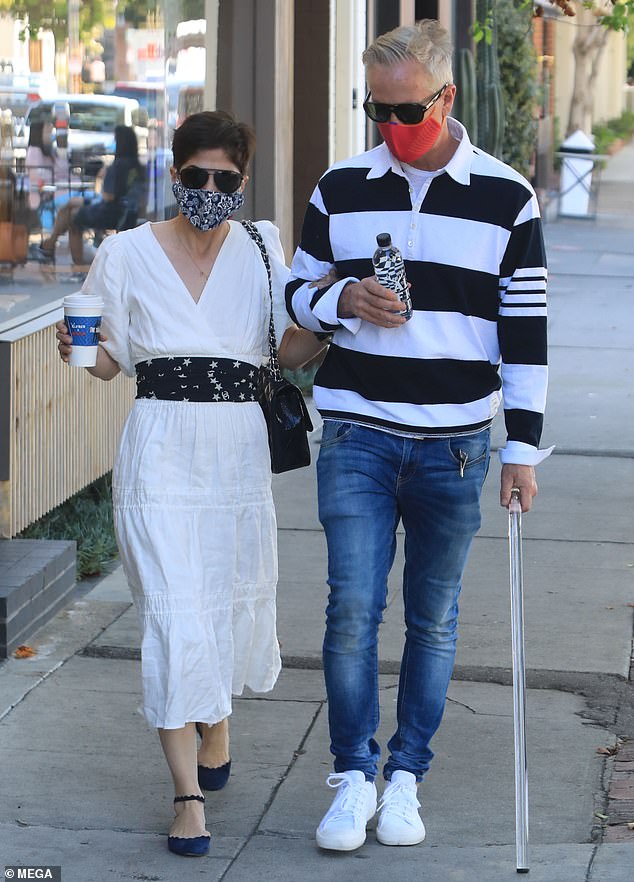 Supportive beau: The Cruel Intentions actress was diagnosed with MS three years ago, recently opening up about the first time she felt her body was off before her diagnosis

The actress confessed a few weeks ago that she noticed numbness in her leg for the first time in February 2018, while walking in her friend Christian Siriano’s fashion show.

‘I walked that day. In the show. Noticing for first time, my leg was numb. When I first stepped out. I couldn’t feel the ground or how to lift my left leg. My brain was trying to compute. As I walked the runway, stunned,’ she shared on instagram.

After the diagnosis she underwent chemotherapy and stem cell treatment after feeling like she was ‘out of options’ when her body wasn’t responding to less aggressive approaches.

She publicly stepped out for the first time with a cane at the Vanity Fair Oscars party in 2019 and owned it, and continues to do so, announcing in the fall that she was in remission.

Pillar of strength: Blair has been open about her battle with MS and revealed in the fall that she is in remission after first being diagnosed in 2018 and undergoing chemotherapy and stem cell treatments for it

‘I saw people that were comforted that I wore a cane to a glamorous event, and I just, I didn’t even think about it. I just didn’t want to fall!’ she said.

A lover of horses, the disease hindered her ability to ride but she is now re-learning as she stepped out in riding gear yesterday.  ‘I am at the beginning…and I cannot stop smiling,’ she shared on social media.

On Friday she shared to Instagram that she would be observing a day of unplugging from technology, as she encouraged her followers to join in.

‘During this 24 hour period, thousands of people around the world will be doing fun and meaningful things away from technology,’ adding ‘there is no right or wrong way to celebrate.’

She posted a stunning selfie at the beach with a ball of colorful yarn, as she said she would be crocheting for a good cause, taking some time to be present without the aid of technology. 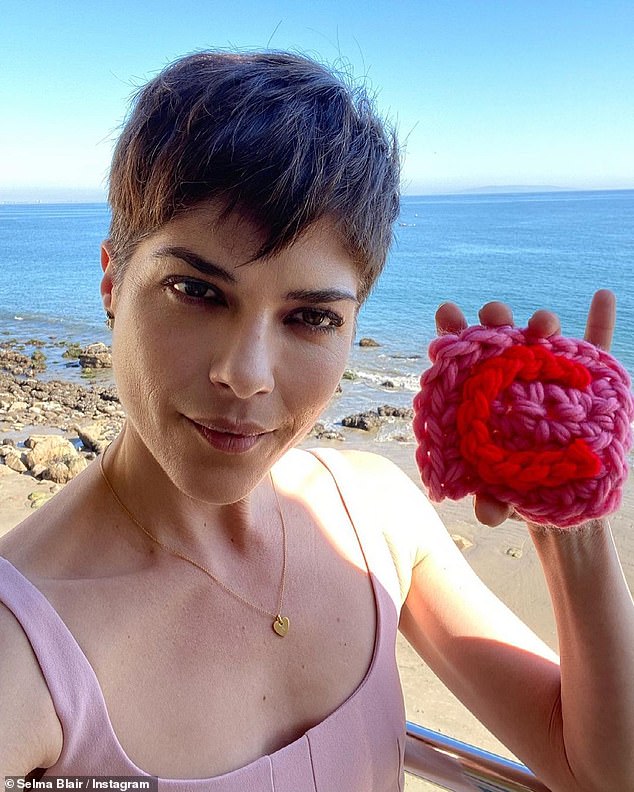 Unplugged: The stunning actress shared a beach selfie on Friday as she spoke about spending 24 hours away from technology, saying she would be leaning into simpler hobbies like crocheting and being present in general; pictured March 5