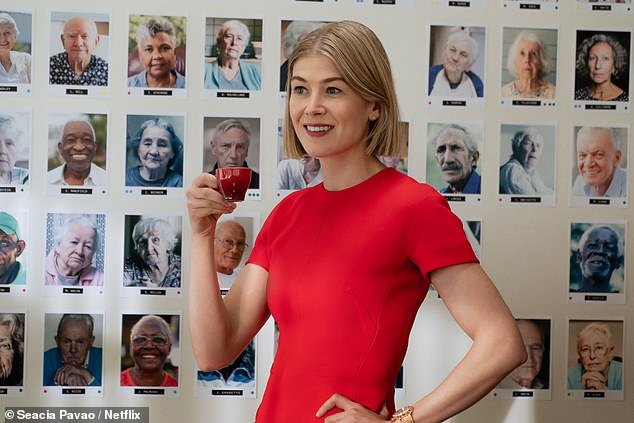 Rosamund Pike has told how the UK ‘feels very far away suddenly’ as she navigates living in Prague in a post-Brexit climate.

The British actress, 42, explained how she moved to the Czech Republic with her partner of 10 years, mathematician and a businessman Robie Uniacke, 60, and their two sons Solo, eight, and Atom, six, while shooting The Wheel of Time.

The Gone Girl star said the family decided to relocate for the duration of filming to avoid a ‘constant back and forth’.

But, rather than learning Czech during her European stint, Rosamund revealed her sons have been teaching her Mandarin.

Moving on: Rosamund Pike has told how the UK ‘feels very far away suddenly’ as she navigates living in Prague in a post-Brexit climate

But Rosamund Pike has admitted that the UK feels further away than ever after a spontaneous move to Prague post-Brexit.

Speaking on Friday’s upcoming episode of the Graham Norton show, the actress said: ‘I’m working here so we decided instead of the constant back and forth we would all up sticks and move here.

‘It [the UK] seems further away now Brexit has happened. We feel like we are in a very different country and it feels very far away suddenly.’

Rosamund is currently filming as Moiraine the sorceress in The Wheel of Time, an adaptation of Robert Jordan’s cult novel series of the same name, hence the impulsive move abroad. 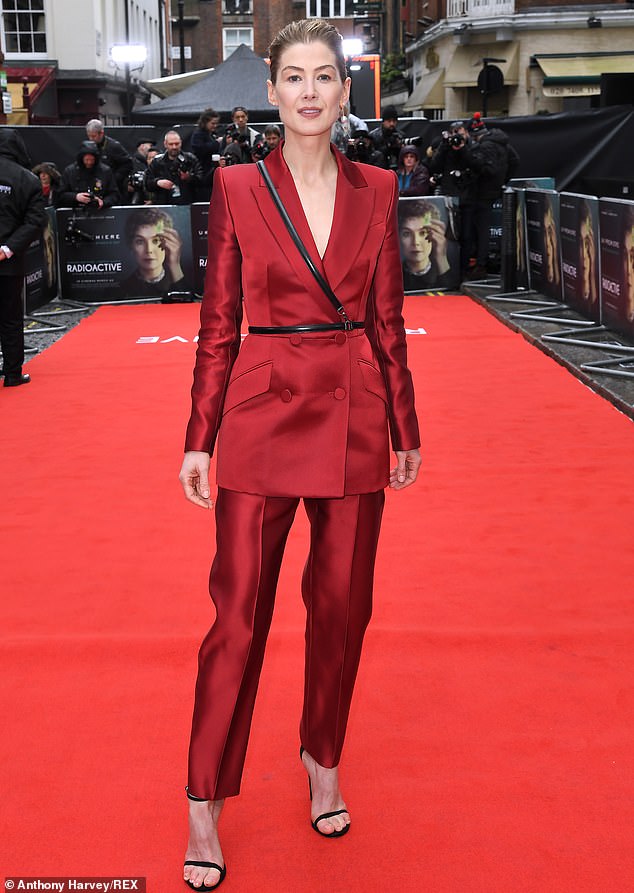 Relocation: The Gone Girl star (pictured in March) said her family decided to relocate for the duration of filming The Wheel of Time to avoid a ‘constant back and forth’

When quizzed on whether she’d learned another language in lockdown, the actress said that Mandarin was the family favourite.

She revealed: ‘My kids speak Mandarin, so they have been home-schooling me,

‘I should really be learning Czech and I am aware of the irony of living in the Czech Republic and learning Mandarin!’

Rosamund is set to star in the Netflix comedy thriller I Care A Lot, which will be released on the streaming platform on Friday.

The award-winning actress plays the villainous Marla Grayson, who makes her living serving as a court-appointed legal guardian for the vulnerable elderly. 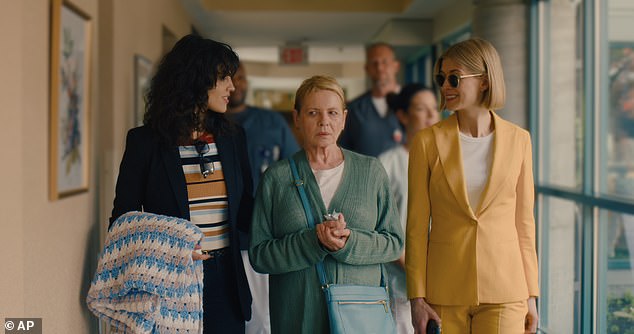 Working hard: Rosamund is set to star in the Netflix comedy thriller I Care A Lot, which will be released on the streaming platform on Friday

She told Graham Norton: ‘I think it lets the audience off the hook – because at no point does my character asks you to care about her and she gives you completely free rein to dislike her.

‘She doesn’t give a damn. She is dastardly but fun to watch. All the characters in this film are deliciously unsavoury.’

The actress admitted filming wasn’t all fun and games, explaining: ‘There is an amazing underwater sequence, and they teach you in a very relaxed way and you think, “This is great, I can do this.”

‘You’ve just got comfortable with the idea when they say, “We are not going to do any of that. We are going to take away your mask and your oxygen, we’re going to suspend the car in water and you’re going to struggle to get out”. 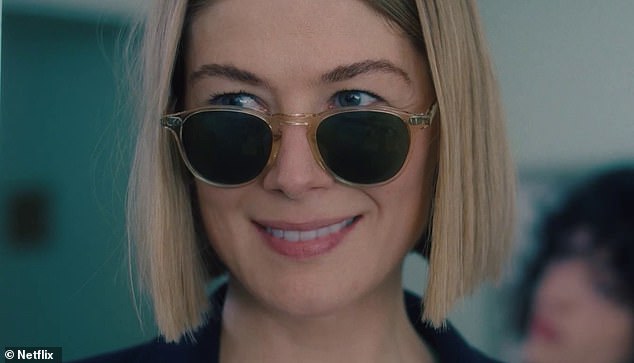 Criminal mind: The award-winning actress plays the villainous Marla Grayson, who makes her living serving as a court-appointed legal guardian for the vulnerable elderly

‘I had the two most intense filming days of my life. As you are acting the panic, your sympathetic nervous system starts to react, and you get more and more adrenalised – it’s was exhilarating but also quite terrifying,’ she said.

Born in Hammersmith, west London, raised in Bristol and educated at Oxford University, Rosamund is still a Brit at heart, with a penchant for ‘tea and digestive biscuits’.

She said:  ‘About halfway through the afternoon I was allowed to come to the surface and because we were in England, across the tank came this inflatable tray with mugs of tea and digestive biscuits. It was the most welcome sight!’