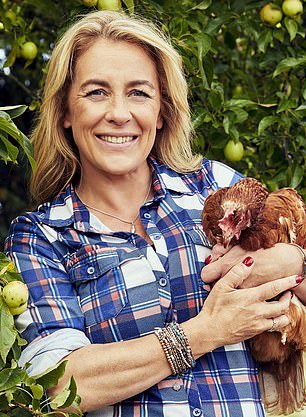 A campaigner has applied for a public footpath to be opened through Sarah Beeny’s former dairy farm in Somerset in a bid to convince the TV presenter to join her fight against ‘nightmare’ ramblers reopening byways on private land.

Ann Scott, 72, who lives over 200 miles away in Norfolk, submitted the claim which will be considered by Somerset County Council.

Alongside fellow campaigners, she is asking the Government to bring the Deregulation Act 2015 into effect.

The Act is expected to allow homeowners greater powers of appeal against claims for rights of way on their land.

Following Mrs Beeny’s Channel 4 show New Life in the Country, which documented the construction of her property near Bruton, Mrs Scott hopes that involving her in the right of way debate will raise the profile of her campaign.

She brought the application after battling an eight-year claim made on her own property, which she said made her life ‘an absolute misery’. 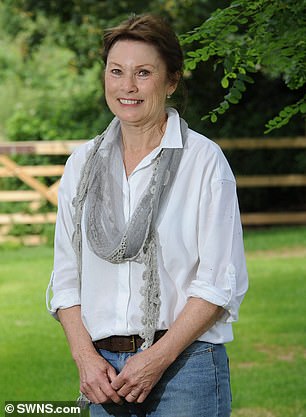 Ann Scott (pictured right), 72, from Norfolk, submitted the claim to open a public footpath through Sarah Beeny’s (left) former dairy farm in Somerset which will be considered by Somerset County Council

Mrs Scott described it as ‘unfortunate’ that she had to do the same thing that had been done to her and said she ‘doesn’t bear her any grudges’ towards Mrs Beeny.

She said: ‘Sarah Beeny showed all her planning permission problems on her television programme and we thought “if you’ve got the problem, you might actually solve it on television”.

‘We might get some publicity and people might think, “hang on a minute you can do that?”

‘It is very clear to me that the general public should be made aware of a possible “nightmare” on the horizon if they have been earmarked on the Ramblers “lost path” map.’

She added: ‘These claims are only claims – they’re not any proof there’s a right of way there. All some person has done is looked at a map of 1886 and seen that there was a track there.

‘That claim can stay in the system and affect your life and your bank balance for as long as the council deems.’

Defra has stated that the rights of way reform project, which is underpinned by the Deregulation Act 2015, will enable existing rights of way to be more efficiently recorded.

Mrs Scott, who previously made a similar claim on Boris Johnson’s family estate on Exmoor, said: ‘The whole system is not fit for purpose and needs changing. 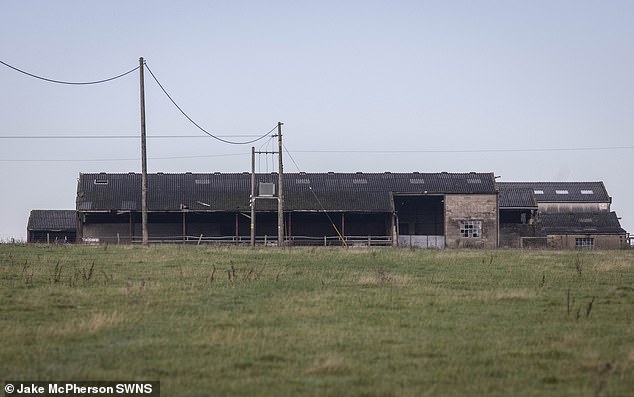 The land outside Bruton, Somerset, where Ms Beeny previously applied for planning permission to develop a farmhouse

‘There’s a small group of us who have been affected for a very long time. We’ve not been listened to at all, so people don’t realise.’

She said her and fellow campaigners have become ‘more militant’ of late, adding: ‘You get fed up with people not listening to you and not taking any notice of you.

‘The only way you can get people to listen now is to say we can use the same criteria and we could claim on the land of people who we think the public might listen to.’

It follows the launch of the #Don’tLoseYourWay campaign started by walking charity Ramblers last February, which discovered the South West of England is the region with the most unofficial paths.

Volunteers compared historic maps with official records which councils were required to draw up in the 1950s, finding a total of 49,138 miles of missing paths in England and Wales – five times the charity’s initial estimates.

In Somerset, a total of 1,406 miles of lost public footpaths were discovered.

The county’s council stated it currently has a backlog of around 366 applications under Definitive Map Modifications Orders.

It recently took on additional members of staff to help manage these applications. 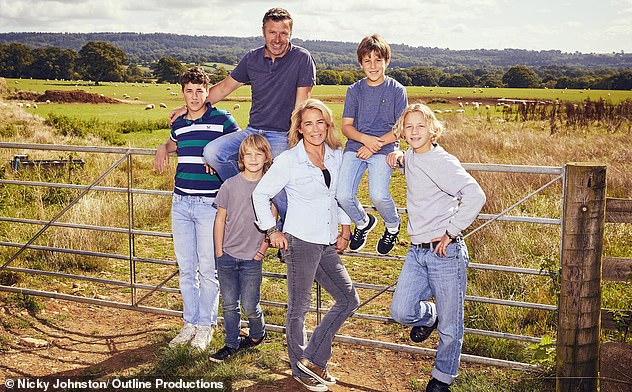 Mrs Beeny with her family. Following her Channel 4 show New Life in the Country, Mrs Scott hopes that involving her in the right of way debate would raise the profile of her campaign

A spokesman said: ‘We continue to make good progress in determining applications.’

Tompion Platt, director of advocacy and engagement for Ramblers, said: ‘The incredible response we had from the public to help us search for missing rights of way shows what an important place our path network holds in the hearts of so many of us.

‘It enables millions of us every year to explore our amazing countryside and connect with nature, and the Ramblers is dedicated to protecting it.

‘However, we are not looking to put every single lost path back on the map – we are taking a common sense approach, and identifying the potential lost rights of way was just the start of the process.

‘We recognise that some of the paths identified by our volunteers will have been legally extinguished or diverted, and we don’t want to claim rights of way that go through buildings or runways, or are of no practical use and lead nowhere.

‘With so many unmapped rights of way, we are now focusing on prioritising the paths that are the most useful or important; those that improve the network and make walking easier and more enjoyable for as many people as possible – something that has become more important than ever during the Covid-19 pandemic.’

The Government has set a deadline of January 2026 to apply for footpaths to be made legal rights of way and included in Ordnance Survey maps.