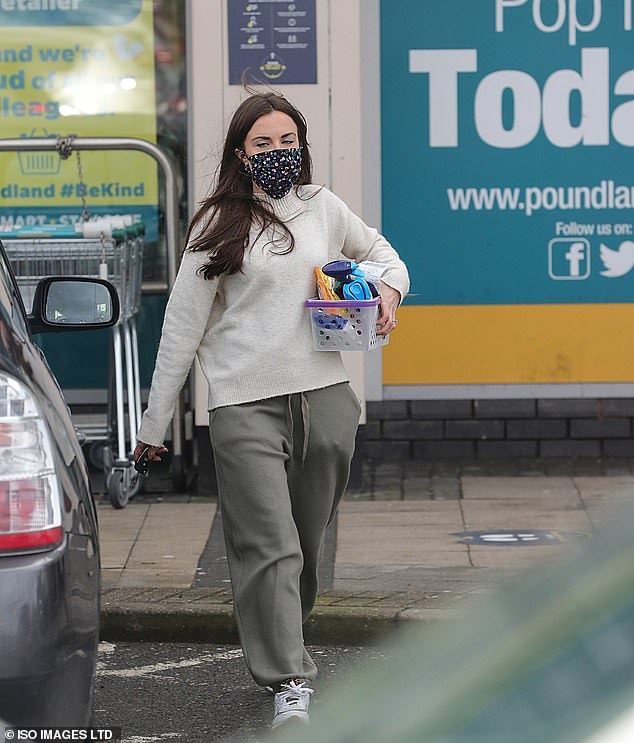 By Connie Rusk For Mailonline

She is estimated to have a net worth of £3.65million.

But Louise Lytton showed she was every inch the bargain hunter on Thursday as she was spotted picking up some cleaning essentials in Poundland.

The EastEnders actress, 31, who recently revealed she was prepared to cancel her wedding again because of Covid restrictions, cut a casual figure for the outing.

Frugal: Louise Lytton showed she was every inch the bargain hunter on Thursday as she was spotted picking up some cleaning essentials in Poundland

Louisa bundled up in a cream polo neck sweater and khaki joggers.

She teamed the low-key look with white trainers and wore a black patterned face mask.

Louisa, who plays Ruby Allen in the soap, wore her brunette locks in a sleek straight centre-parting and accentuated her beauty with a natural make-up look. 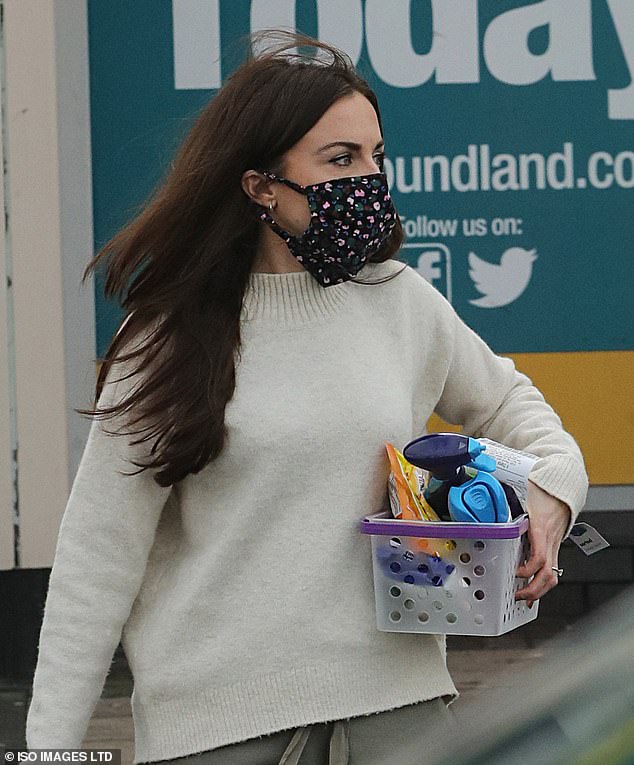 Low-key: The EastEnders actress, 31, who recently revealed she was prepared to cancel her wedding again because of Covid restrictions, cut a casual figure for the outing

Earlier this month, Louisa said she’s prepared to postpone her wedding to fiancé Ben Bhanvra again if they can’t have ‘the exact wedding they want, with all of their guests.’

In a new interview, the soap star  – who is due to get married in Ben’s hometown of York in July 2021 – also talked baby plans and revealed: ‘I’ve been broody for a while!’

Louisa told OK! Magazine: ‘We’ve booked the wedding for July, we just don’t know if it will go ahead. We’ve said that if we can’t have the exact wedding we want, with all our guests, we’ll postpone it again.

‘Otherwise, to me that’s not a wedding – it’s not the wedding I would want. It’s not worth it for us.’

The soap star insisted she would prefer to wait to have their big day, until it’s completely safe and their guests can fully relax. 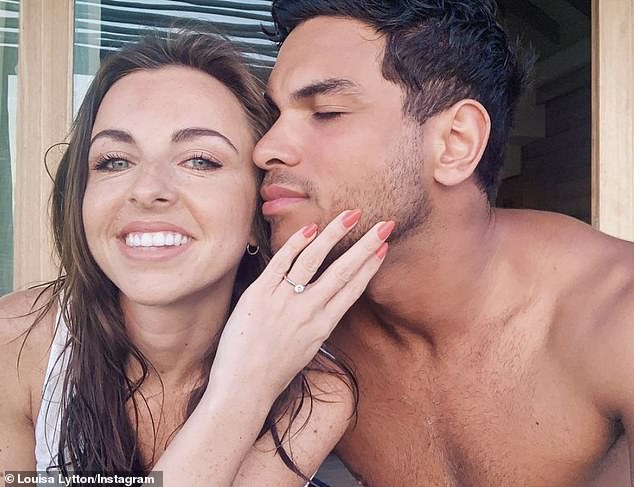 Cancelled by Covid: The couple – who got engaged in the summer of 2019 – were forced to cancel their planned August 2020 nuptials after COVID-19 hit

Louisa also admitted she has been tempted to completely call off the wedding as she said: ‘part of me felt like scrapping everything and starting again.’

However, the couple would have lost their money if she’d have made the changes she truly wanted, so for now, they’re forging ahead.

But, Louisa insisted that potentially postponing the wedding isn’t a commitment issue after she and Ben bought a huge she said: ‘we know we’re going to be together forever.’

Talking of their plans for a family, Louisa enthused that their pet pooch Riley makes her feel like ‘a proud mum’ and revealed she’s: ‘been broody for a while’ and would ‘love to have a big family.’

The EastEnders star admitted that she’d like more than one child, with Ben concurring, adding that he thinks it’s nice when children have siblings.

Louisa and Ben got engaged on her 30th birthday while on holidays in the Maldives in 2019, after a year of dating. 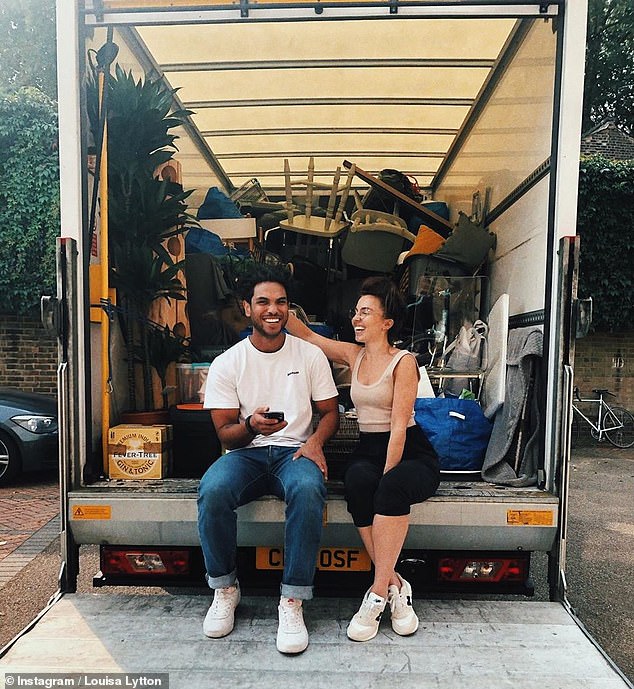 Love nest: In September, Louisa revealed she and Ben had moved into a new house with after COVID-19 forced them to cancel their big day