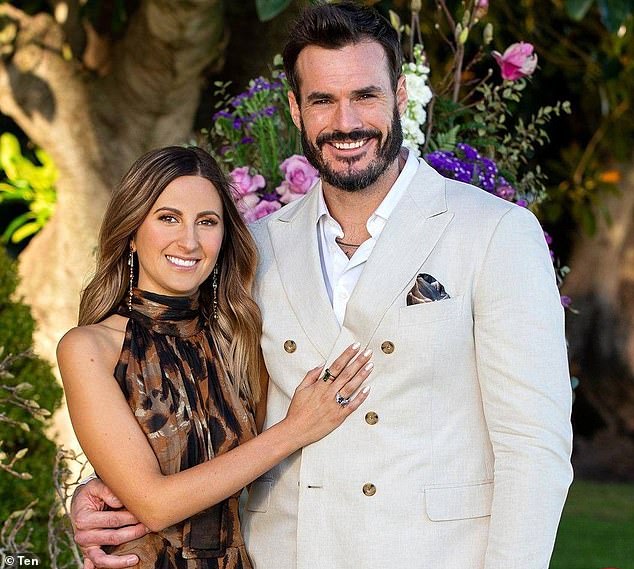 Irena Srbinovska and Locky Gilbert fell for each other on this year’s season of The Bachelor.

But just because their reality TV journey is over, it doesn’t mean their elaborate dates have to be.

The couple, both 31, enjoyed a night out on Thursday at the launch party for a new gin bar, which happened to be just across the road from their new $320-a-night Quest apartment home in Fremantle.

Cute: The Bachelor’s Irena Srbinovska and Locky Gilbert enjoyed a night out on Thursday at the launch party for a new gin bar, which happened to be just across the road from their new $320-a-night Quest apartment home in Fremantle

Taking to his Instagram Stories, Locky laughed about how close the Republic of Fremantle was to their apartment.

‘So we thought we’d get all dressed up and head out here in Freo, and straight across the road is where we’re going to… The Republic of Fremantle’s new gin bar,’ he said while walking out the lobby of their unit complex.

Irena looked stylish as usual in a sky blue playsuit and white heels. 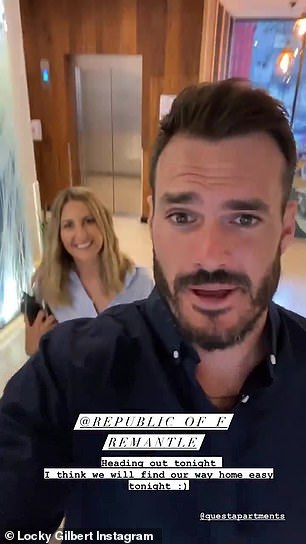 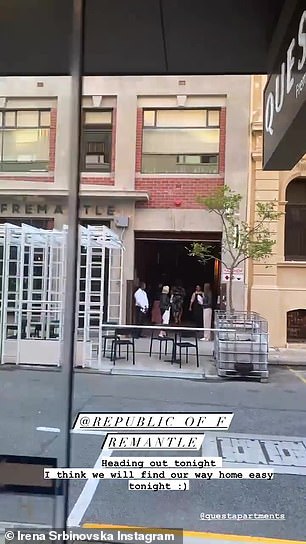 Across the road: Irena and Locky (pictured) were spotted on Thursday enjoying a night to themselves for the launch of a new gin bar across the road from their home in Fremantle, Western Australia (right)

Her hair was styled in loose waves, and she opted for natural-look makeup.

‘Date night at the opening of @republic_of_fremantle,’ she captioned an Instagram snap herself and Locky before the event.

Irena then updated her followers on their ‘amazing night’ afterwards, while joking about the ‘long walk home’. 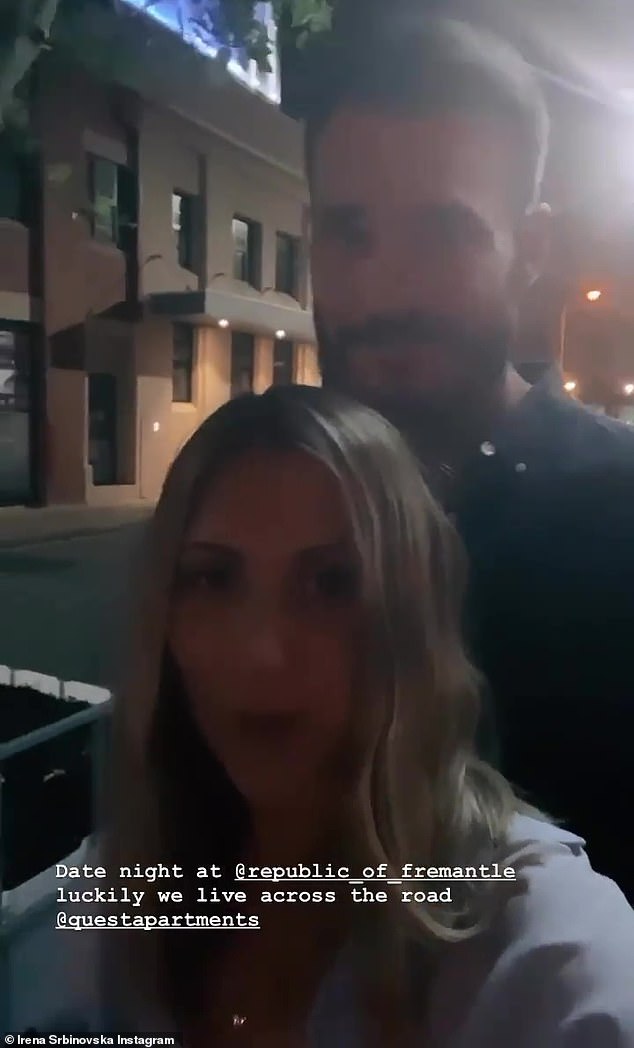 Keeping their followers informed: Irena updated her Instagram followers on their ‘amazing night’ after the event, while joking about the ‘long walk home’ (pictured)

‘We just had an amazing night at the opening of Republic of Fremantle and we’ve got a long walk home… across the road,’ she said.

The couple, who haven’t spent a day apart since the Bachelor finale, moved into their new ‘home’ at Quest Fremantle earlier this month.

‘I’m the happiest I’ve ever been, and I’m pretty sure Irena is just as happy,’ Locky told Daily Mail Australia in a telephone interview on Wednesday.

Irena then called out in the background: ‘I’m happy too!’ 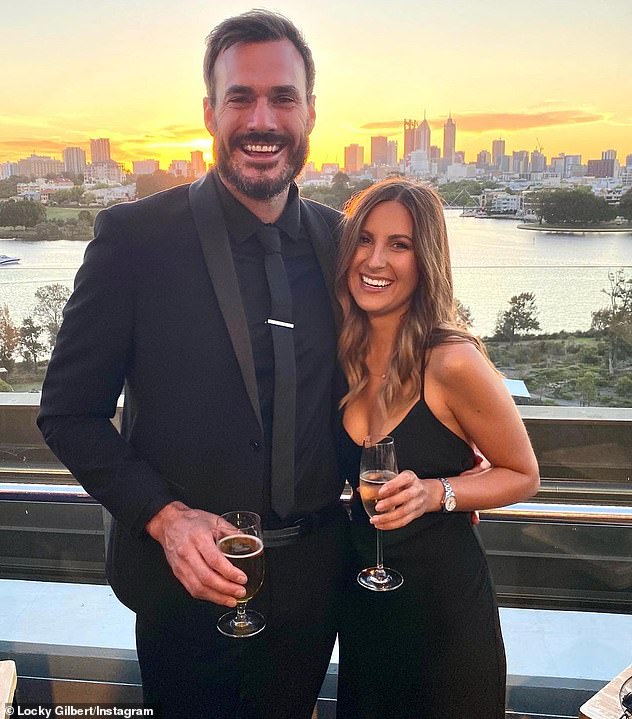 Next step in their relationship: The happy couple (pictured), who recently admitted to not having spent one single day apart since appearing on The Bachelor, moved into their new ‘home’ at Quest Fremantle earlier this month