At the start of the show, an experiment found that both were thought to be much older than they actually are, with Gail being given an average age of 64 by passers-by, and Sarah an average of 50.

After meeting with TV presenter Cherry Healey, Gail and Sarah linked up with cosmetic specialists, stylists and hairdressers over a period of ten days in order to revamp their confidence.

And viewers were impressed by the makeovers, branding both women’s transformations ‘amazing’. 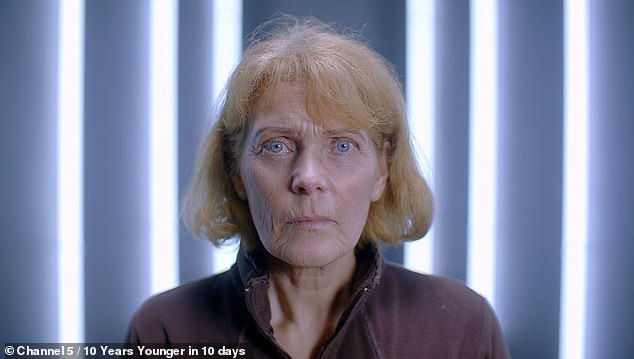 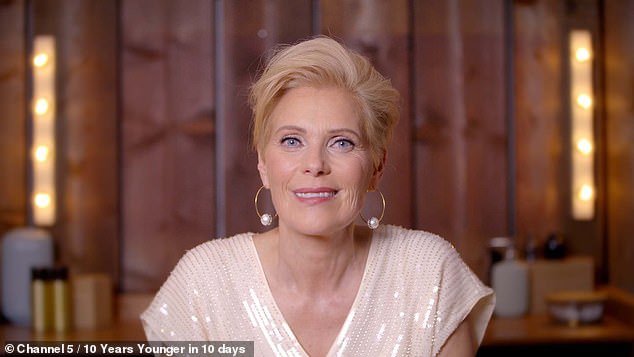 People used to think Gail was 64, ten years older than her actual age, but her looks received a breath of fresh air during the makeover (pictured after)

Gail, who works on a farm with her husband and has two daughters, Georgiana and Lydia, explained she ‘blended in with the furniture’ and felt ‘invisible’ after years of letting her looks fall to the bottom of her priorities.

‘if I worried about what I looked like, I wouldn’t leave the bedroom,’ she joked.

She said that she had been happy with her looks ten years ago but now thought ‘what’s the point’ whenever she came across a mirror.

‘I would really like to look in the mirror and be content, even be happy about what’s looking back at me,’ she said.

Viewers learned that Gail suffered an acute gum infection five years ago, which left her without most of her teeth. The mother-of-two had to use a denture, but was unhappy about how it looked.

‘I just cried and cried. Losing my teeth dramatically change the structure of my face,’ she explained. 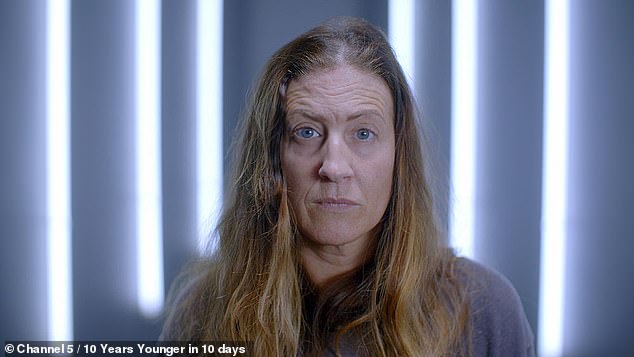 People thought Sarah, a 41-year-old mother and dog walker, was 50 because she hid her body in baggy clothes and hated to be looked at (pictured before the makeover) 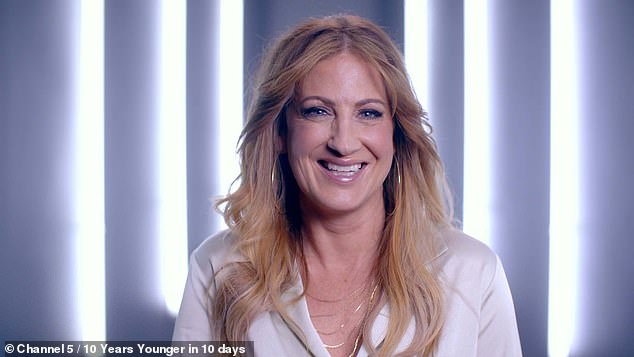 As part of the makeover, she visited cosmetic dentist Dr Uchenna Okoye, who fitted her with a new set of dentures, in order to give her the confidence to smile again.

Excited at the prospect of having her new dentures done, Gail said the first thing she would do would be take her daughters out for a meal and ‘eat the crunchiest, chewiest thing on the menu, twice.’

Her hair was updated by celebrity hairstylist  John Vial, who gave her frizzy bob an update with a new colour and a voluminous crop sported by the likes of the actress Gillian Anderson.

A stylist also gave a touch of colour to the Gail’s wardrobe, having her try on dresses, heels and elegant silk tops.

Gail, who had grown accustomed to her usual boots, jeans and fleece, was moved upon seeing her reflection and said: ‘I just nice to feel female again.’

She was given a short class on basic make-up by artist Hannah Martin, and headed to the showroom to reveal her final transformation.

Looking good in a shimmery gown, the 54-year-old was shocked by her own reflection, before uttering: ‘You can’t make somebody become confident, but you can give them the tools to become confident.’ 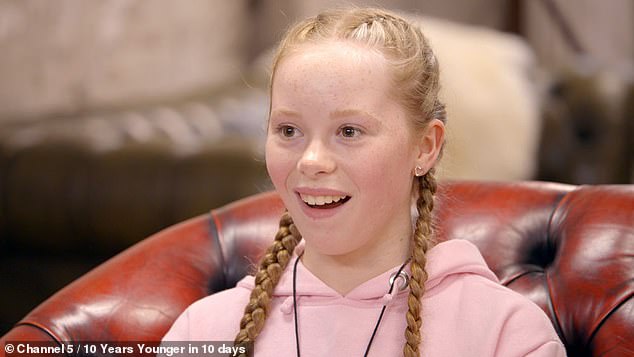 ‘I feel good and that’s more important than feeling beautiful,’ she told the camera.

After the makeover was done, Gail’s appearance was put to the test of passers-by, who were surveyed about how old they thought she was. This time around, her average age was thought to be 49, five years younger than her actual age.

Looking at her reflection, Gail said with a cheeky smile: ‘I love me.’

Self-love was an issue Sarah, the other mother featured in the programme, had been battling with all her life.

‘Why would I try to go out there to meet someone when I don’t even like myself,’ she asked.

After being the butt of mean tricks from men, including being the victim of a ‘pull a pig’ prank where a man chatted her up to win a bet with his friends, Sarah was left with crippling anxiety concerning her looks. 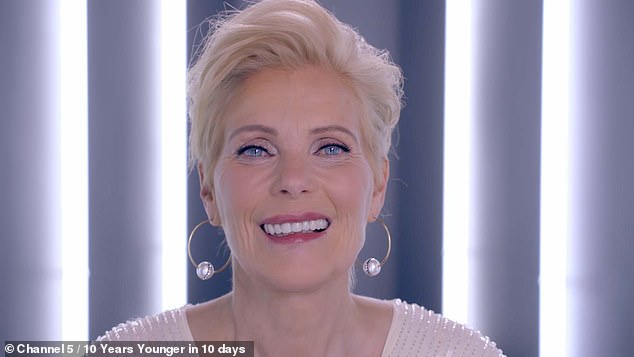 Gail said she felt ‘good’ with her new look, which she added was more important than feeling beautiful

She wore baggy clothes and hats in order to hide her features, which she was convinced were ‘ugly.’ Most people said they would not notice her in the street, and that she seemed to ‘carry the weight of the world on her shoulders.’

Particularly, a bump on her nose bothered her deeply. This was treated by cosmetic expert Dr Tapan Patel, who used non-surgical procedures in order to rectify her nose.

Dr Patel used fillers in order to make the bump disappear, and Botox in order to reduce some of Sarah’s lines.

Sarah, who used to hate looking into the mirror, was moved to tears when she saw the results and added she now would not stop checking her reflection out.

At the end, Sarah, who used to hate her looks, smiled in awe as she saw herself dressed in a silk blouse with leather leggings.

10 Years Younger in 10 Days is available on My5, and continues next Thursday at 9pm on Channel 5.