A member of one of Britain’s most notorious crime families has been ordered to hand back over £1.2million of his ‘dirty’ money or face a further seven years behind bars.

Thomas ‘Tommy’ Adams, 64, was jailed for seven and a half years for drug trafficking after his money laundering operation with accomplices was foiled in 2014. 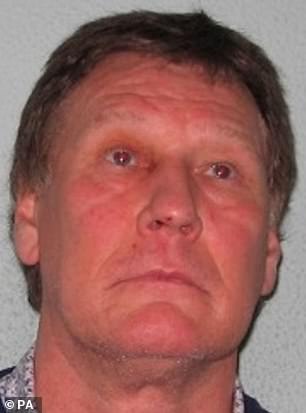 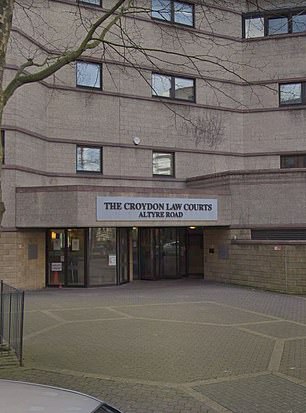 Thomas ‘Tommy’ Adams (left) has been ordered to pay back £1.2million or face a further seven years behind bars. Croydon Crown Court (pictured right) found he had properties in London and Cyprus that were gained through criminal activity

Couriers were watched by police exchanging an M&S bag containing thousands of pounds in cash at Euston Station owed to Adams.

He had helped run the ‘Clerkenwell Crime Syndicate’ with brother Terry, 62, and Patsy, 61, becoming one of the most powerful crime gangs in London.

They have been linked to over 25 murders while turning over millions in the drugs trade, through security fraud and hijacking gold bullion shipments.

Officers were investigating his money laundering operation, through which he collected cash owed to him for ‘criminal activity’ between 2012 and 2014.

The crimes that put Thomas ‘Tommy’ Adams behind bars

Adams, 64, was jailed for seven and a half years for drug trafficking

His money laundering operation with accomplices was foiled in 2014

He had helped run the ‘Clerkenwell Crime Syndicate’ with brother Terry, 62, and Patsy, 61

The network was convicted for money laundering in two trials in 2017 and jailed for a total of 30 years.

Jurors had heard how Adams shipped nearly a quarter of a million pounds using runners to move the dirty money from Manchester to London.

Since 2000, the Adams family’s influence has been declining, but Tommy carved out a niche from his money laundering enterprise.

Nicholas was was convicted of transferring criminal property and jailed for two-and-a-half years, while Antoniou was given two years for the same crime

Robert Winstanley, 77, was stopped with £10,000 cash wrapped in tin foil at Euston Station, central London, on 22 May 2013, and was Oakmere, Cheshire, was also convicted of transferring criminal property and handed a three-year term.

Adams spent the money on extravagant purchases including a £32,000 car for his daughter Terri, 35.

Crown Prosecution Service (CPS) lawyer Helen Hughes said: ‘Mr Adams was previously sentenced to seven-and-a-half years for drug trafficking, yet he still thought he was above the law.

‘Money lies at the centre of this criminality and today Mr Adams has been ordered to pay over £1.24m – handing over his dirty money for good or he faces a more time in jail.

‘If at any point in the future we identify that he has other assets and has benefited to a greater extent, then we will apply to the court to increase the order and make him pay more.

‘Criminals like this must be stopped, which is why we work tirelessly to get the highest confiscation orders available, so they can start to repay their debt to society.’

Tommy Adams has a string of previous convictions, most of which date back to the 1970s, before he was jailed for masterminding the huge drugs smuggling operation.

One of Britain’s most powerful crime families

Allegedly one of the UK’s most powerful organised crime syndicates, the Adams Family has been linked to at least 25 murders worldwide, as well as drug trafficking, extortion, hijacking and white-collar crime.

Terry Adams first formed the group with his brothers Sean and Patrick in the Clerkenwell area of Islington, north London, in the Eighties, and it gradually expanded over the years to include other relatives and close friends. 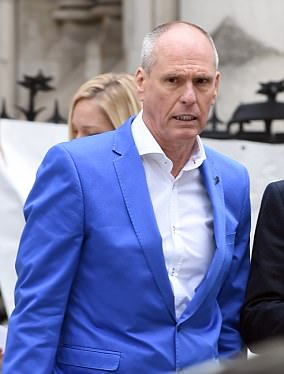 They are said to have developed links with corrupt Metropolitan Police officials and even one Tory MP, and allegedly worked with Jamaican Yardie gangs to silence informants and neutralise rivals.

Before the convictions of Sean and Terry Adams, the failure to make charges stick against members of the gang had led to speculation they had undermined the British justice system to become untouchables.

The latter, widely believed to be the leader of the gang, was so effective at distancing himself from the sharp end of his alleged criminal business that he was only convicted with the assistance of MI5, the domestic spy agency.

At his trial, prosecuting barrister Andrew Mitchell QC said of Terry Adams: ‘It is suggested that Terry Adams was one of the country’s most feared and revered organized criminals.

‘He comes with a pedigree, as one of a family whose name had a currency all of its own in the underworld.

‘A hallmark of his career was the ability to keep his evidential distance from any of the violence and other crime from which he undoubtedly profited.’