Now, reportedly in the wake of Brexit, the Oscar winner is quitting these shores to seek more happiness – and sunshine – in Italy.

Dame Emma and her husband Greg Wise, who played Earl Mountbatten in Netflix hit The Crown, have become citizens of Venice. They have registered as residents of the lagoon city, where they already own a house, and are both having intensive Italian lessons. 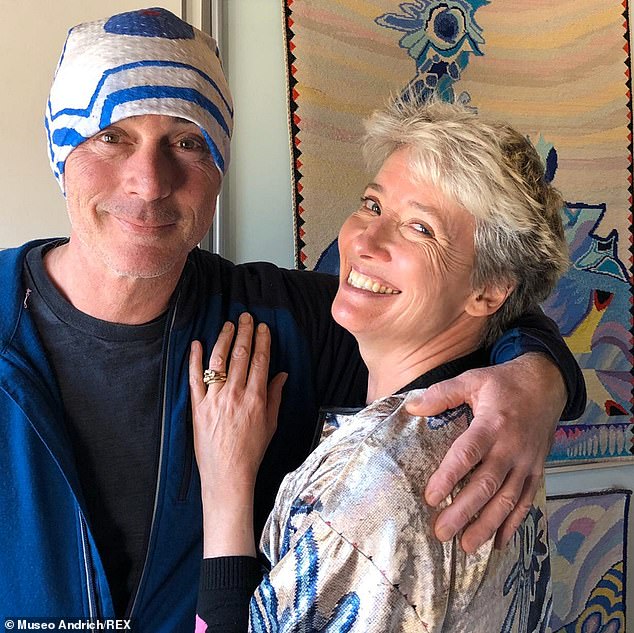 Dame Emma Thompson and her husband Greg Wise (pictured together), who played Earl Mountbatten in Netflix hit The Crown, have become citizens of Venice

By registering in Venice – which has ironically been hit by recent flooding and the current coronavirus crisis – they have also become official residents of Italy.

This gives them the same rights to healthcare, work and study as an Italian citizen. She and Wise have also been granted honorary citizenship of Venice. This has no legal status – it is akin to being made a freeman of the City of London. They will retain their British passports.

Speaking in Italian after signing the formal documents last week, Dame Emma said becoming an honorary citizen of Venice represented ‘the realisation of a dream she had cherished for years’. Venice’s mayor, Luigi Brugnaro, confirmed that the couple had been granted citizenship in a ceremony in the city’s register office, where they were pictured signing documents and were presented with a Lion of St Mark statuette. 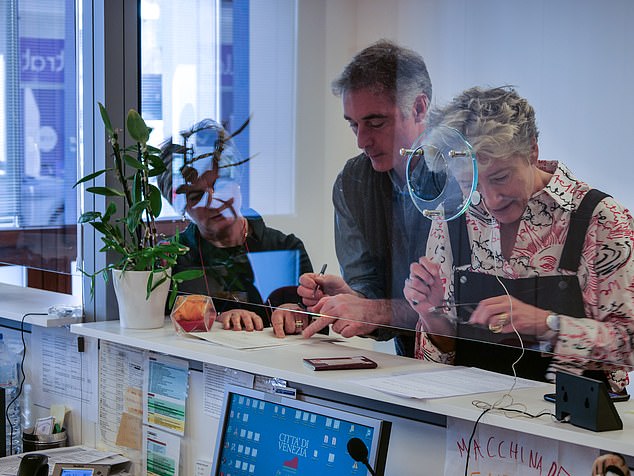 Dame Emma, 60, and Wise, 53, (pictured signing papers) have registered as residents of the lagoon city, where they already own a house, and are both having intensive Italian lessons

The couple own a £3million house in West Hampstead, London, but the deputy mayor of Venice, Simone Venturini, said their Italian property would be their main residence. ‘They wanted to be resident citizens to come and live in Venice,’ he said. ‘They bought in the historic centre, not a “second home”.’

Mr Venturini added: ‘She was very happy and said that she loves Venice very much.

‘They told me they are attending Italian courses. We are truly happy and proud to have Emma Thompson and Greg Wise as our fellow citizens, for what they represent and for the love they show for Venice.’

A source at the mayor’s office said Dame Emma took the decision because of Brexit and because her children were now old enough for her to move away, fulfilling her dream to live in Venice properly.

The couple have a 20-year-old daughter, Gaia, and an adopted son, Tindy, in his 30s.

Dame Emma, who also has a Scottish holiday home, was a strong opponent of Brexit, claiming before the referendum that Britain would be ‘mad’ not to remain in the EU. The actress and screenwriter added that she ‘just felt European’ and ‘we should be taking down borders, not putting them up’.

She will be following in the footsteps of her Love Actually co-star Colin Firth, who accepted honorary Italian citizenship in 2017, becoming a dual Italian and British citizen.

The actor, whose estranged wife Livia is Italian, previously said: ‘Brexit does not have a single positive aspect for me. Many colleagues, including Emma Thompson, are – like me – enthusiastic Europeans.’ 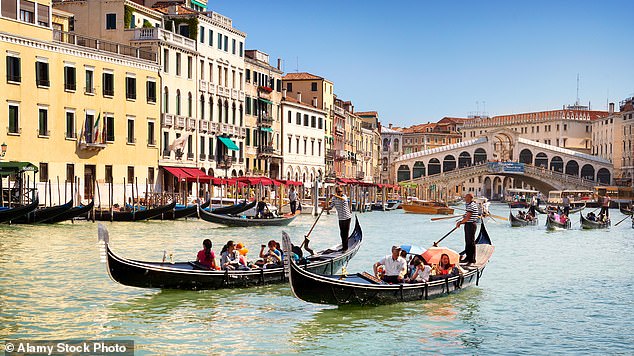 If a Briton registers officially as a resident in an EU country before the deadline of December 31 this year, as Dame Emma has done, they have the right to live and work in that country permanently.

After the deadline, anyone not resident will have to apply and be assessed according to the systems which emerge in individual EU countries.