By Chris Pleasance for MailOnline

A woman who was quarantined aboard the Diamond Princess cruise ship off the coast of Japan has died, the country’s health ministry has said.

The woman, a Japanese citizen in her 70s, was reported dead on Friday – a week after passengers were evacuated when an attempt to contain a coronavirus outbreak on board the vessel failed.

If it is confirmed that the woman died from coronavirus, it will mark the fifth death from the disease among the ship’s passengers. 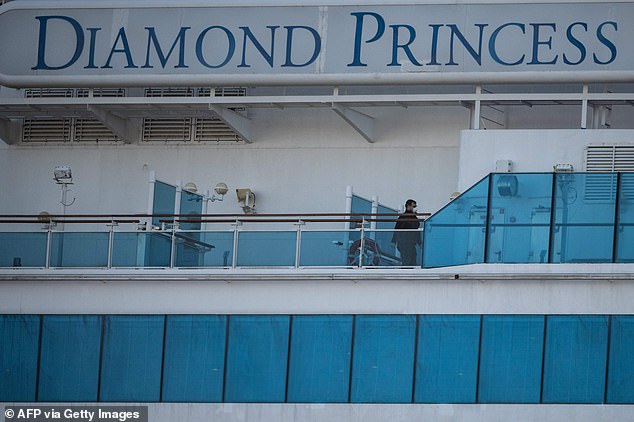 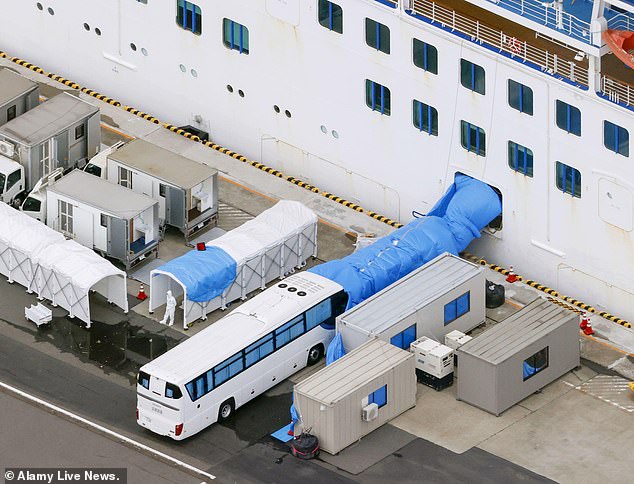 Almost 700 fell sick on board the ship after it was blocked from docking at the port of Yokohama last month when one passenger tested positive for the disease.

The death was reported by Japanese media as the coronavirus-hit Hokkaido region declared a state of emergency.

Governor Naomichi Suzuki asked residents to stay at home over the weekend as the northern area struggles to contain the fast-spreading outbreak.

‘I believe it is necessary to take unprecedented, drastic steps,’ Suzuki told a televised meeting of local government executives.

Hokkaido region, known for ski resorts and vast forests, has seen at least 63 coronavirus cases, including two deaths, and accounts for more than a quarter of all cases in Japan, apart from those on the Diamond Princess cruise ship.

The central government of Prime Minister Shinzo Abe has already dispatched a team of experts and officials to the region to contain the virus.

‘I ask for help of all Hokkaido residents to protect lives and health of you and your loved ones and to ensure swift ending of the situation,’ the governor said.

‘To prevent further spread of the virus, please refrain from going out during the weekend,’ he said.

The region’s ski resorts attract many wealthy Asian tourists, including from China.

Suzuki has already asked for local schools to be closed, but he did not announce any further concrete measures to fight the outbreak.

The virus has so far infected at least 210 people across the country, including Hokkaido, and been linked to five deaths.

Abe, who on Thursday also requested nationwide closure of schools, has said efforts during the coming weeks will determine whether the outbreak can be contained, a major concern in the run-up to Tokyo Olympics in July.