A group of builders were working on an extension to a house in Derbyshire After pouring a concrete, the builders needed to carefully screed the surface One decided to jump in the bucket of a mini digger which he used as a platform

This is the hilarious moment a pair of builders decide to use a mini digger as a platform to smooth the floor of a house extension.

The action, which took place in August 2019 in Derbyshire features a man kneeling in the bucket of a mini digger.

The builders appear to have just poured concrete into the rear extension of the house. 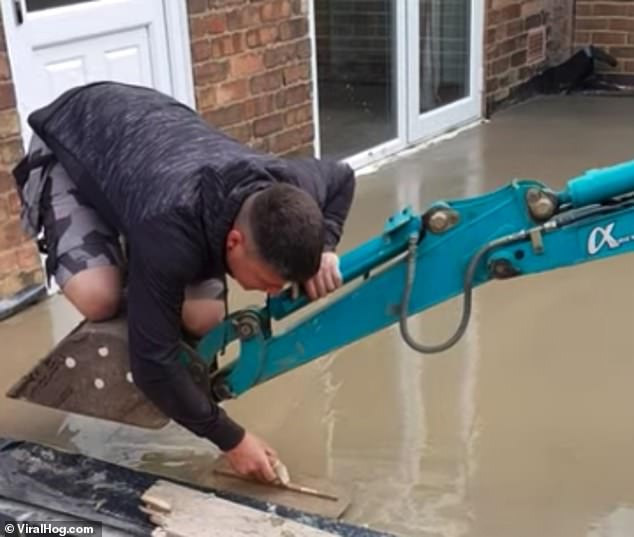 This is the hilarious moment a builder, perched upon the bucket of a mini digger uses the machine to screed concrete using a float 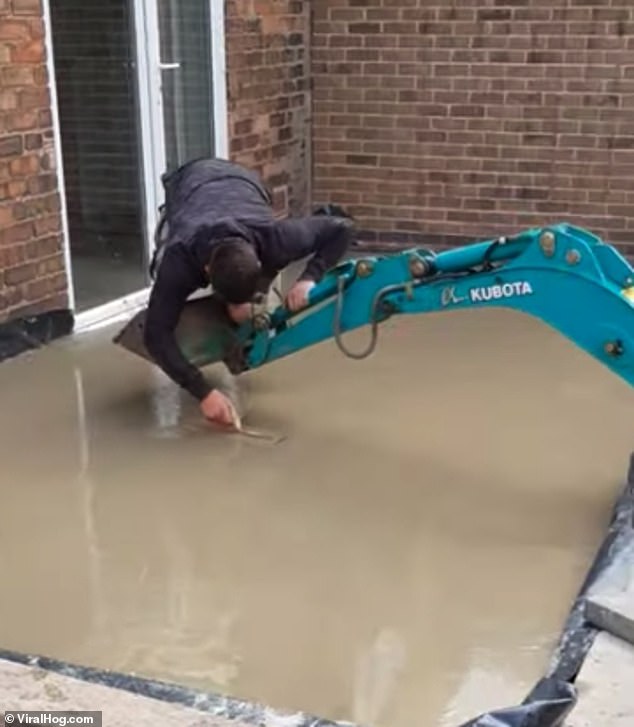 The incident, which took place in Derbyshire, shows the man being slewed around by the machine’s boom to make sure the surface is as flat as a billiard table 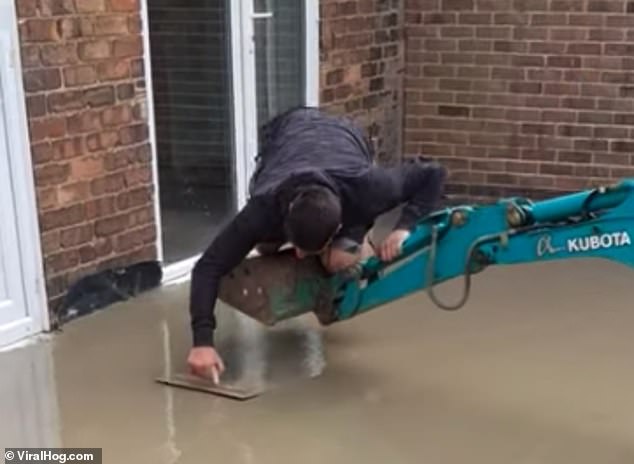 The men appear to be working on a small extension of a house, pictured

During the short clip, one of the builders is filmed in the bucket of a small minidigger which has sent its boom over the freshly poured concrete.

The builder, using a concrete float, carefully screeds the surface to ensure it is as flat as a billiard table.

The builder, who has not been identified, said: ‘I was working on an extension with two lads that work for me. We had some spare time so we decided to have a bit of fun.’