Britain First leader Paul Golding has today denied a terrorism offence after he was arrested by anti-terror police at Heathrow on his way back from a trip to Russia.

Golding, 38, is accused of refusing to provide officers from the Met’s Counter Terrorism Command access to his electronic devices last October.

The former BNP councillor, from Stockport, Greater Manchester, was then charged with refusing to comply with a duty under Schedule 7 of the Terrorism Act.

Golding, who was wearing a grey suit, red tie, and Britain First pin on his lapel, added: ‘I’m a politician, not a terrorist.’ 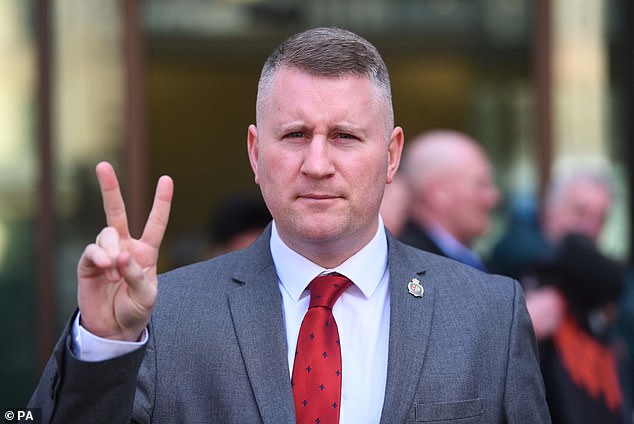 He shook his fist in apparent solidarity with 26 supporters sat in the public gallery.

Chief Magistrate Emma Arbuthnot told him: ‘Your trial will take place on May 20th.

‘You are on unconditional bail. You must attend court for the trial to start at 10am. 9.30am is when you should arrive to speak with your counsel.

‘The trial will take place that morning. If you do not appear the trial will go on without you so be sure you are there on May 20.’

Speaking outside Westminster Magistrates’ Court, Golding called the charge ‘the first time that laws and powers designed to stop terrorists have been used in a politically motivated fashion against a political activist’.

He added: ‘There’s a lot going to be revealed when we get our hands on the audio that I was under no suspicion of anything to do with terrorism whatsoever.

‘They simply laid a trap for me to try and prosecute me like they’ve done. This is pure politically motivated harassment of a politician.’

Britain First was deregistered as a political party in November 2017. 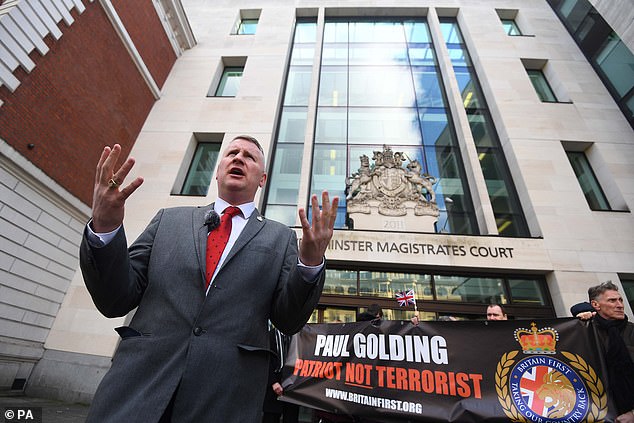 Appearing at Westminster Magistrates’ Court today, Golding (pictured outside the courthouse) entered a not guilty plea, before branding the charge ‘politically motivated’ 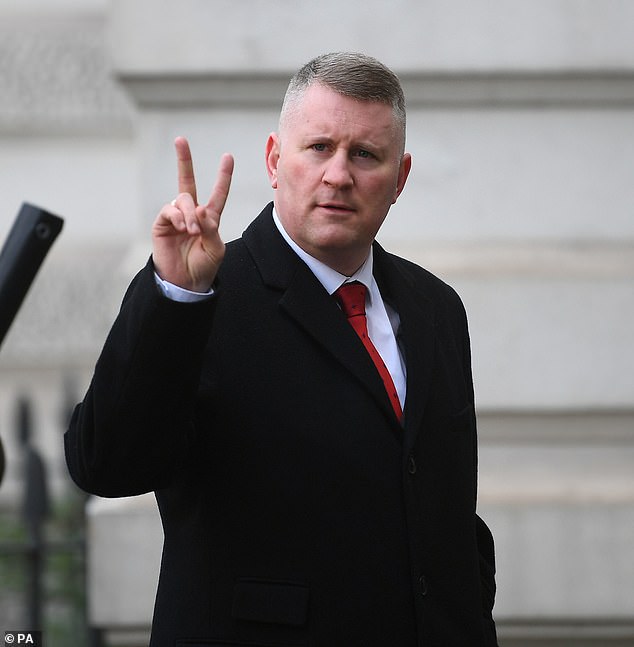 Golding reportedly led a small Britain First delegation to meet with Russian media and visit the Parliament, or Duma, in Moscow last year.

A Britain First press release from the time described Russia as a ‘patriotic, nationalist country that promotes all the traditionalist, Christian and Western values’.

The delegation said they met with MPs from the Liberal Democratic Party of Russia, while Golding appeared on the state-owned Russia 24 channel.

On an inbound flight last October, he and two other suspects were arrested by specialist Met police officers at Heathrow Airport.

They were questioned under terror laws, while police seized and sought to obtain access to their phones, computers, and hard-drives.

When Golding refused to give up the passwords to his devices, he was charged with a refusal to comply with Schedule 7, which allows police officers to interrogate, search, and detain any suspect for up to six hours at British ports.

Schedule 7 is designed to determine whether an individual is involved in the ‘commission, preparation or instigation’ of acts of terrorism.

In a prior statement, Golding described the charge as ‘an abuse of legislation’. 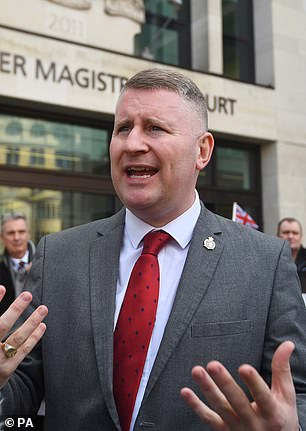 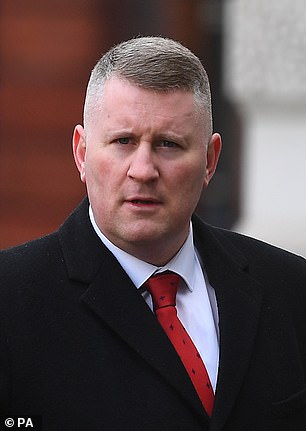 Golding, who was wearing a grey suit, red tie, and Britain First pin, added ‘I’m a politician, not a terrorist’ before shaking his fist in solidarity with 26 supporters in the public gallery 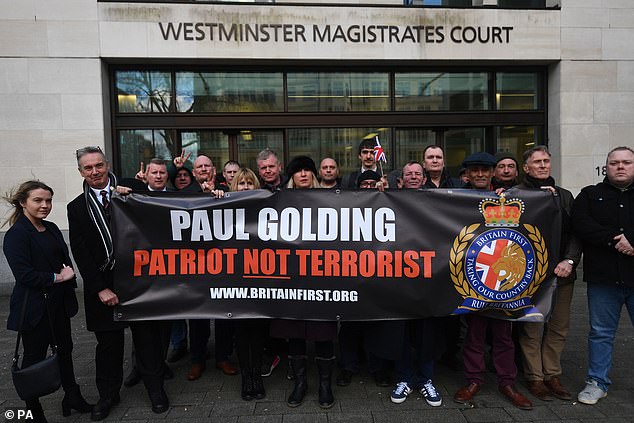