A single man has bought a huge £960 roadside billboard in Manchester asking for a date – following the huge success of a 30-year-old’s similar poster last month.

Andrew Gaskell, from Chester, paid for an advertisement on Regent Road in Salford, and the poster, which he designed himself and shows his beaming features alongside the phrase ‘Single? Date Andrew’, went up on Tuesday.

The self-employed singleton, who doesn’t want to reveal his age, got the idea after hearing on the radio about Mark Rofe – who received thousands of applicants after erecting a billboard to find a date, last month in the Northern city.

Hoping for similar success, Andrew created a website with more information about himself, as well as an email address and Facebook page dedicated to the cause.

His site says: ‘Looking for love, the one, my soul mate, the woman of my dreams! I’m Andrew, 6ft tall, I live in Cheshire, UK, and have businesses in property and recycling.

‘As a businessman since the age of 18, it has been harder to meet the one. I’ve tried online dating, and the traditional ways of meeting people (I have made some good friends along the way).’

But he added: ‘I’ve now taken the scary step and bought billboard advertising at a prime location.’ 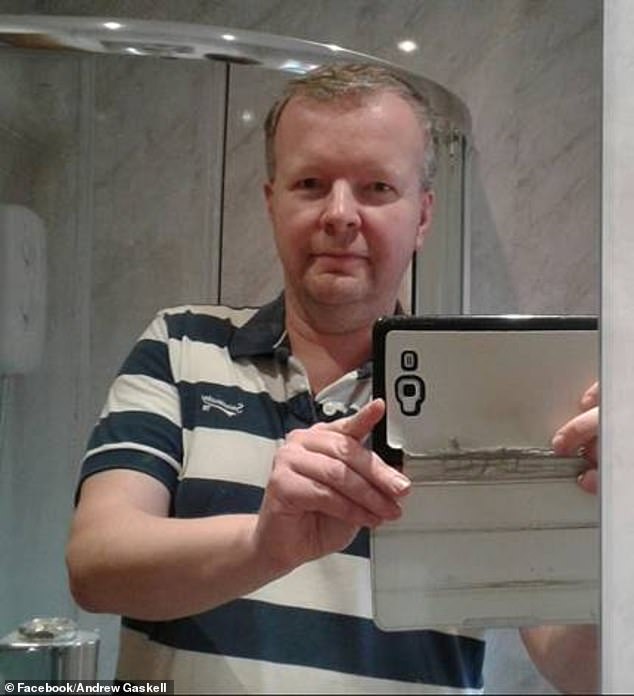 Andrew Gaskell (pictured), from Chester, paid for an advertisement on Regent Road in Salford and the poster went up on Tuesday 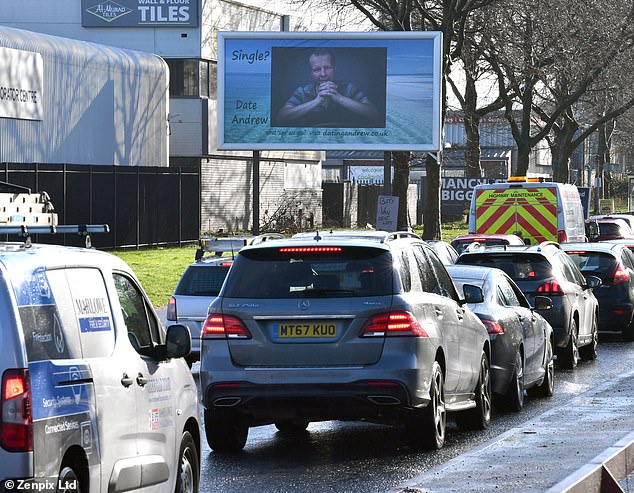 Andrew designed the poster (pictured) himself and it shows his beaming features alongside the phrase ‘Single? Date Andrew’

The property and recycling business owner admitted he’s looking for ‘more than just a partner’ and wants a ‘soul mate’, someone he ‘cannot live without.’

Andrew, who listed his interests as nature and the outdoors, wildlife and recycling, also confessed to wanting ‘love at first sight’.

Speaking to the Metro, Andrew revealed he hadn’t told anyone about the billboard until it’s creation on Tuesday. 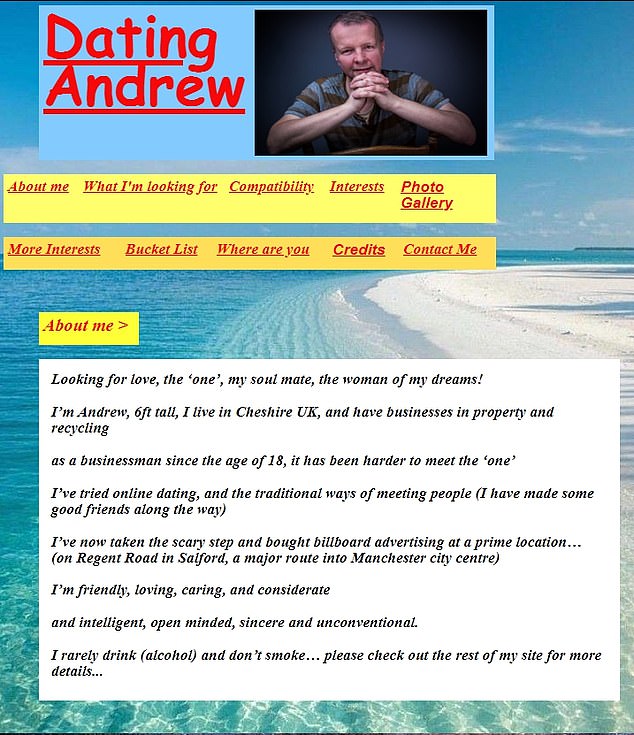 Andrew created a website (pictured) with more information about himself, as well as an email address and Facebook page dedicated to the cause

‘I still haven’t told many people – I’ll just wait for them to find out – but I did tell my mum,’ he admitted.

‘I was quite scared, but I saw how it worked for Mark and I thought it could work for me too.

‘I realised I needed to do it now. I don’t want to be the 10th or 20th person to do this, because people won’t care then. I’ve been chatting to Mark on Twitter and he’s been a big help.’ 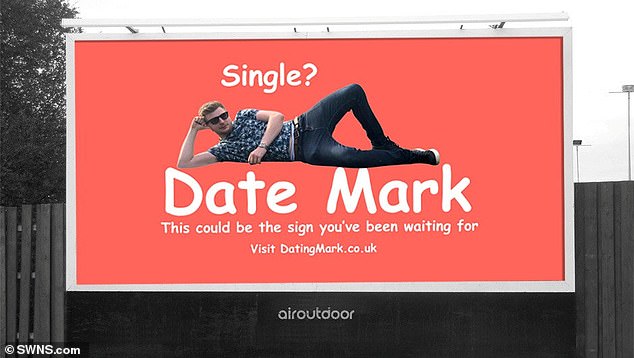 It comes after Mark Rofe, 30, set up the billboard (pictured) after he had been single for more than a year

Mark Rofe, 30, from Sheffield, decided to pay £425 for a 3M x 6M billboard advertising himself, after noticing that all his friends were in long-term relationships or getting married while he remained single.

The massive sign which appeared last month in Manchester featured a photo of him lounging on his side and said: ‘Single? Date Mark. This could be the sign you’ve been waiting for’.

So far, Mark has already received more than 2,000 ‘applications’ from potential candidates across the world.