Best of both worlds! Pointy-eared puppy who looks a lot like a cat becomes an internet sensation as fans debate whether he’s canine or feline

An adorable dog is winning over both cat and dog people with his cute looks The pup that looks like a cat belongs to a HMong couple from VietnamExact breed unknown, but some suggest he is from an ancient Vietnamese breed

By Claire Toureille For Mailonline

Pet lovers are often divided into ‘dog person’ or a ‘cat person’, but now there’s a furry creature who could satisfy those who love both equally.

Hailing from Hanoi, Vietnam, new internet sensation Dúi – which translates to Racoon in English – is a puppy who looks an awful lot like a cat with his thick fur coat and pointy ears.

In a gallery collated by Bored Panda, the youngster who is around 10-weeks-old, showcases his playful side, showing his tongue and wagging his tail with glee while playing outside with other dogs.

Dúi’s fan page was created by his owners just a week ago, but he’s already racked up more than 43,000 Facebook fans swooning over his cuteness, while Redditors have been desperate to guess his breed since his pictures were shared on the site.

Some suspected he might be a Hmong crossbreed, a Mastiff-type dog that’s common in Vietnam. 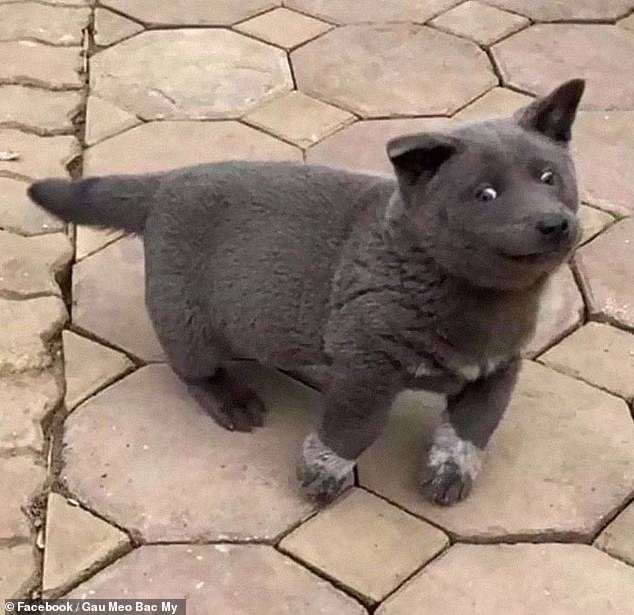 Gau Meo, a little heart-breaker (pictured) from Vietnam is winning over both cat and dog lovers with his particular features

However, his owners have since told Metro.co.uk that Dúi is a cross between a breed of dog native to Vietnam, although they didn’t specify which, and a short-legged dog.

‘But I think he might have a gene mutation too. I bought him in a mountain province in Vietnam,’ his owner Tuan said.

‘He is a happy and sweet pup, he loves to play with other dogs, even big dogs and so sweet with humans. 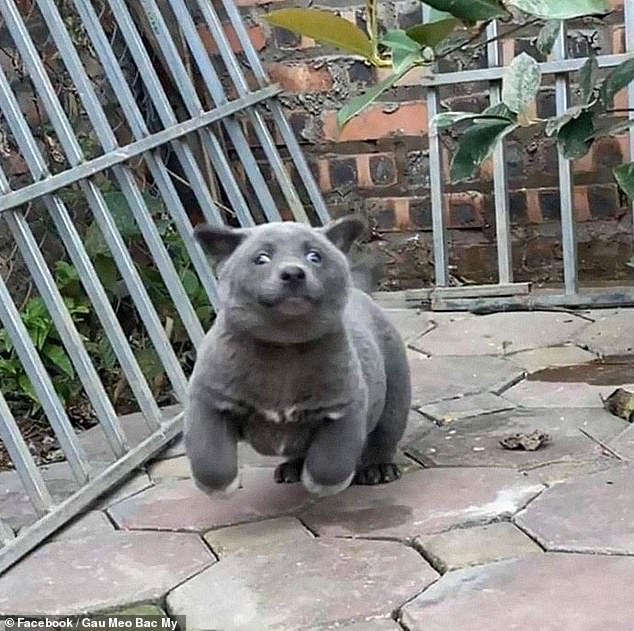 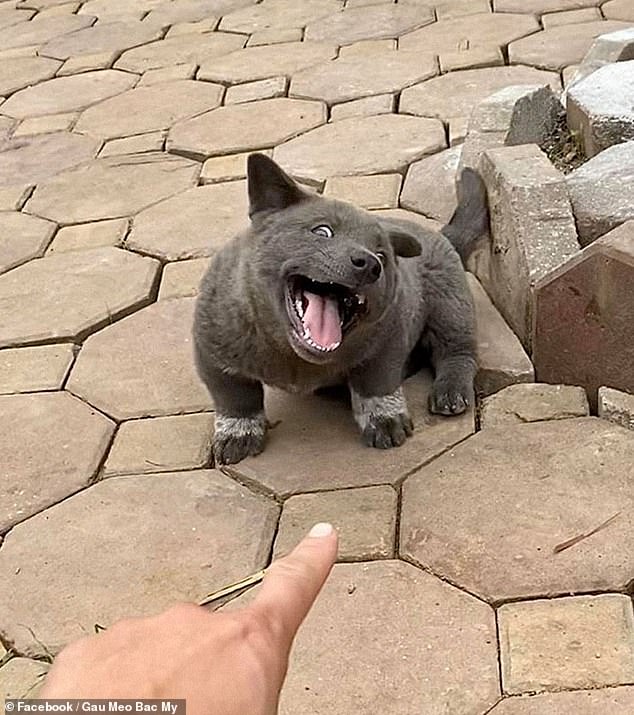 The dog has 43,632 followers on Facebook, where people cannot get over his goofy expressions 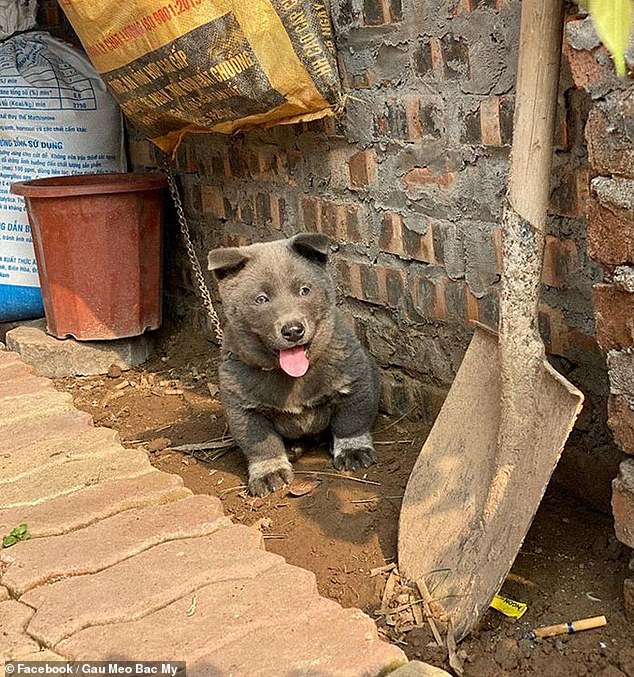 Some of Gau Meo’s fans are split over whether he looks more like a cat, a dog, or a bear cub, but all agree he’s adorable 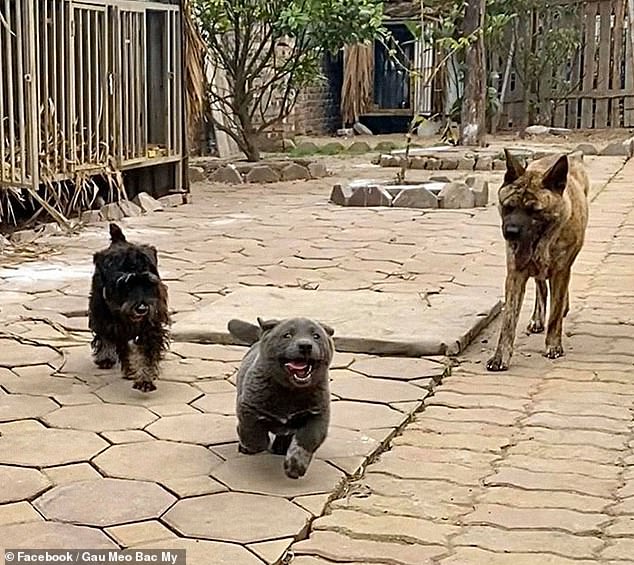 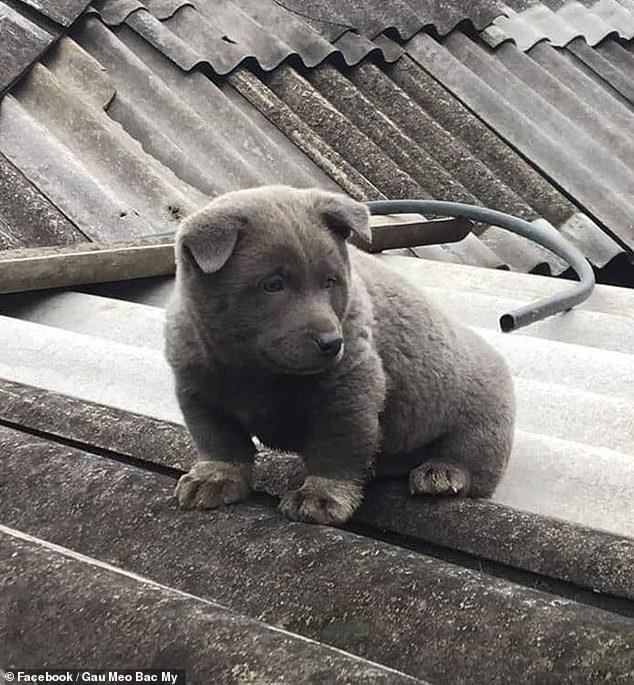 The exact breed of the fluffy pet is unknown, however, some believe he’s a Hmong dog, a breed that originates from the Mountainous parts of Vietname, and accompany the Hmong people 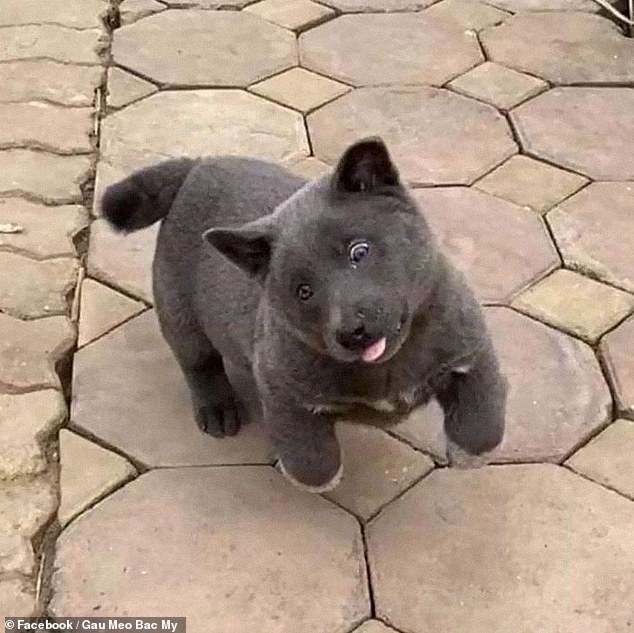 Regardless of his breed, Gau Mao is proving very popular online, and looks like a very happy pup