Return of the Domestic Goddess! Nigella Lawson announces her first cookbook in three years – featuring a vegan feast and a chapter on how not to hate your dinner guests

Nigella Lawson, 60, has announced her first cook book in three years COOK EAT REPEAT features vegan food and advice for a dinner partyShe revealed there will be more than 50 recipes including desertsThe book will also feature personal essays and stories from her life

By Emer Scully For Mailonline

Nigella Lawson has announced the release of her first cookbook in three years.

Cook, eat, repeat features a chapter on creating a vegan feast, as well as another called How To Invite People For Dinner Without Hating Them (Or Yourself).

The London-born TV chef, 60, who’s been dubbed the Domestic Goddess, took to Instagram to reveal she’d been ‘hugging this secret project’ to herself for several months before she could finally share her efforts.

Alongside a short video showing her new book cover, Nigella penned: ‘Exciting news! I am thrilled to announce my new book, COOK EAT REPEAT, which is to be published this October.’ 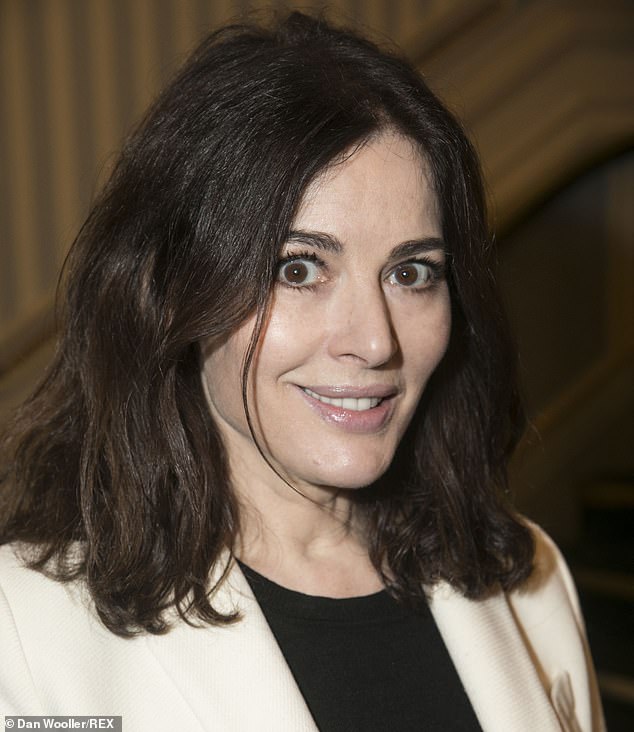 Nigella Lawson, pictured earlier this month, has announced the release of her first cookbook in three years

The book will be divided into sections – subtitled Ingredients, Recipes and Stories – and will feature narrative essays about food and stories from Nigella’s life in the kitchen.

She described it as ‘very close’ to her heart as she added: ‘It focuses on the rhymes and rituals of the kitchen, most particularly my kitchen.’

About her subtitle she joked: ‘Yes, I know that lovers of the Oxford comma might be a little perturbed here).’

The book will include more than 50 recipes and Nigella listed a few of her favourites, including Butternut Squash with a Chilli Ginger and Beetroot Yogurt Sauce and Rice Pudding Cake. 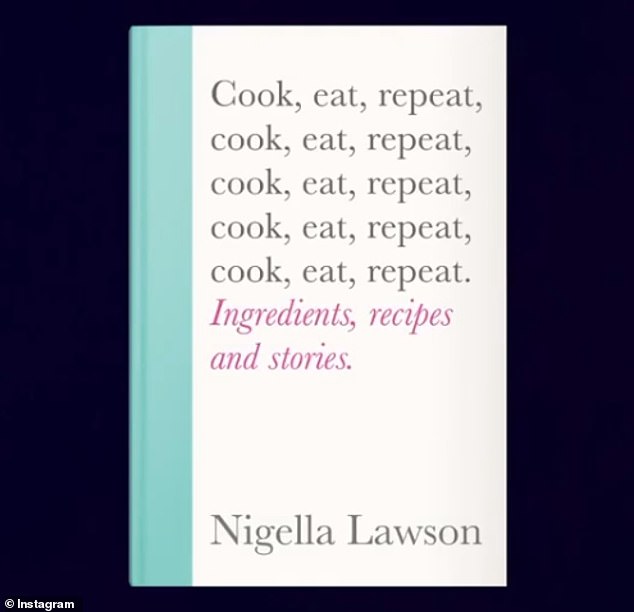 A taste of the recipes in Nigella’s new book

Spaghetti with Chard, Chilli and Anchovies

Beef Cheeks with Port and Chestnuts

Butternut Squash with a Chilli Ginger and Beetroot Yogurt Sauce

Fans were ecstatic and flooded into the comments to congratulate the food writer on her latest book – the first she has released since At My Table in 2017.

One said: ‘So looking forward to this. I’m an Oxford comma groupie, but you’re forgiven! I just love your writing, have you considered publishing a novel?’

Another added: ‘Drooling already! Great news. Will you also do a TV series?’

One wrote: ‘Can’t wait! You always been a great inspiration to me. Really looking forward to your book. Congratulations.’

And one penned: ‘I love the concept, the cover, the name, the chapters. Love it all really. Can’t wait.’

Nigella took a break from working after writing her last cookbook and spent time enjoying a course in ceramics at West Dean College, Sussex.

Cook, eat, repeat will be her 13th title, with previous titles including How To Be A Domestic Goddess and Nigella Bites.

She married millionaire businessman Charles Saatchi in 2003, two years after the death of her first husband, journalist John Diamond, from cancer.

Her marriage to Saatchi ended in 2013, after photographs at Scott’s restaurant in Mayfair showed with his hand on her neck and repeatedly tweaking and twisting her nose, even putting a finger in one of her nostrils.

She now lives alone in a £5 million semi-detached home in Central London, after her daughter Cosima, 26, and son Bruno, 23, moved out.