A sports fishing guide has captured the moment a huge crocodile devoured an entire cow in front of two awe-struck American tourists.

Kim Andersen, from Cairns, was taking the two Alaskan men down the Daintree River on Thursday morning when he spotted the four-metre-long crocodile.

He told Daily Mail Australia that his passengers were left ‘in awe’ of the beast. 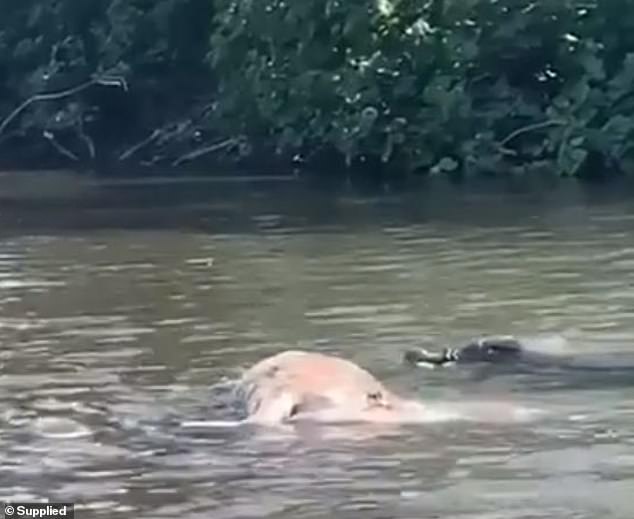 Mr Andersen said he was guiding the two men, Lloyd and Michael, on a fishing trip when they noticed a cow floating beside the riverbank.

The fisherman began to record the encounter and could be heard jokingly saying: ‘A free-swimming cow on the Daintree River.’

Mr Andersen told Daily Mail Australia that a ‘croc submerged then grabbed the cow and went into an underwater death roll.’

‘He swam away with a large chunk,’ the guide said.

The video showed how the massive crocodile popped out of the water and snapped its jaws around the belly of the cow.

One of the tourists joked: ‘The cow has an interesting swim technique.’

The Americans were then treated to an authentic Daintree experience as the monster reptile bit a chunk out of the cow while cicadas chorused in the background.

‘Now he’s swimming away from it,’ the tourist observed.

The video then showed the crocodile retreat and calmly submerge back into the murky river.

As it receded from view Mr Andersen said: ‘That’s a good sized croc.’ 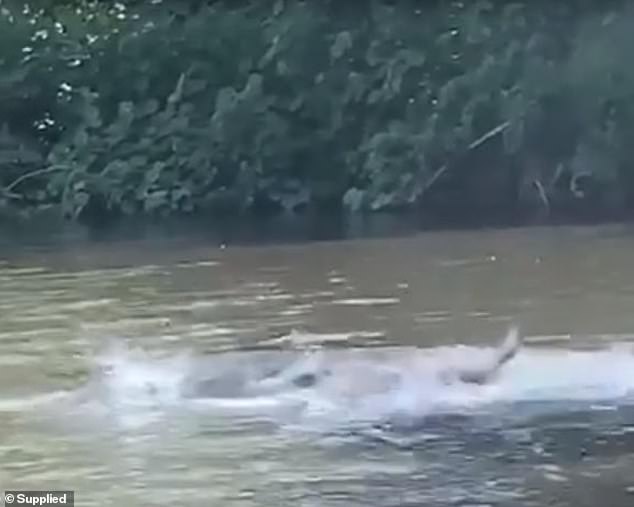