The US could see shortages of Coca-Cola products after the coronavirus outbreak disrupted its supply chain.

Artificial sweeteners from China could be in shorter supply if the deadly outbreak continues to wreak havoc.

Coke’s supply of sugar substitutes used for its diet and zero sugar soft drinks has been delayed.

However, Australia’s supply chain is not expected to be affected.

‘We have initiated contingency supply plans and do not foresee a short-term impact due to these delays,’ Coca-Cola wrote on Monday in its annual report. 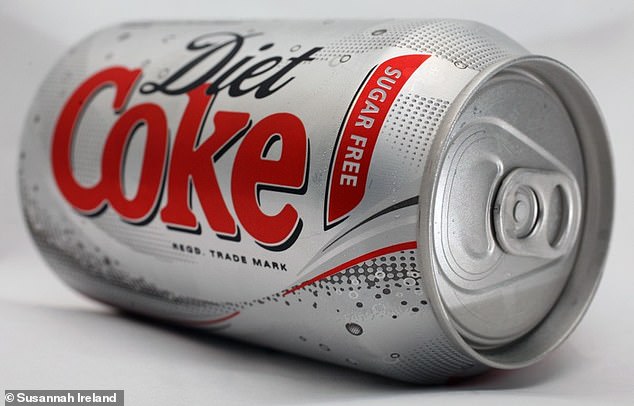 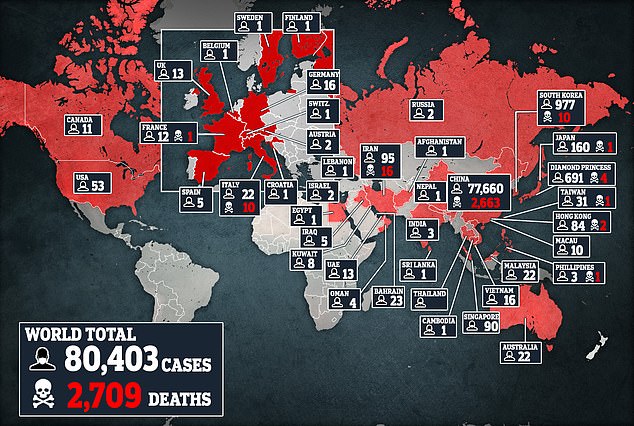 Since the deadly bug spawned in Wuhan late last year, it has spread to kill more than 2,700 and infect 80,000, with mainland China suffering the brunt of cases

‘However, we may see tighter supplies of some of these ingredients in the longer term should production or export operations in China deteriorate.’

Coke said the sugar alternative Splenda is a ‘critical raw material’ bought from the US and China.

However it’s not known which sweeteners were affected by the coronavirus.

The statement said the safety and health of its associates is a high priority.

‘The company has implemented precautionary measures to protect employees in China, which includes providing face masks and hand sanitisers; installing temperature screening in offices and manufacturing facilities; and setting up health monitoring mechanisms across the Coca-Cola system in China,’ the statement read.

A spokesman for Coca-Cola Australia said: ‘We are confident in our supply chain as we have limited sourcing from China and there will not be any impact on Australian consumers.

‘As matter of routine, we maintain business continuity plans throughout the world including maintaining alternative procurement sources in other regions of the world.’

Coca-Cola has predicted its case volume could go down by 2 to 3 percentage points.

Since the deadly bug spawned in Wuhan late last year, it has spread to kill more than 2,700 and infect 80,000, with mainland China suffering the brunt of cases.