An obese takeaway addict who ate McDonald’s twice a day – and was even too big to fit on an amusement park ride – has since turned her life around to drop 8st.

The education student got so big that she was kicked off an amusement park ride because the safety harness could not fit over her body and latch into place.

Talicia, who also works as a teacher’s aide for special needs children, was recommended by her doctor to try a ketogenic diet, which focuses on high-fat, high-protein and low-carb meals.

Paired with regular weight-training, Talicia managed to lose 51kg and four dress sizes, and now feels healthier and more confident than ever at 86kg and a size 14.

Talicia Lees, 24, (pictured) from Sydney, who once weighed 137kg [21st 8lbs] revealed how she shed 8st by overhauling her diet 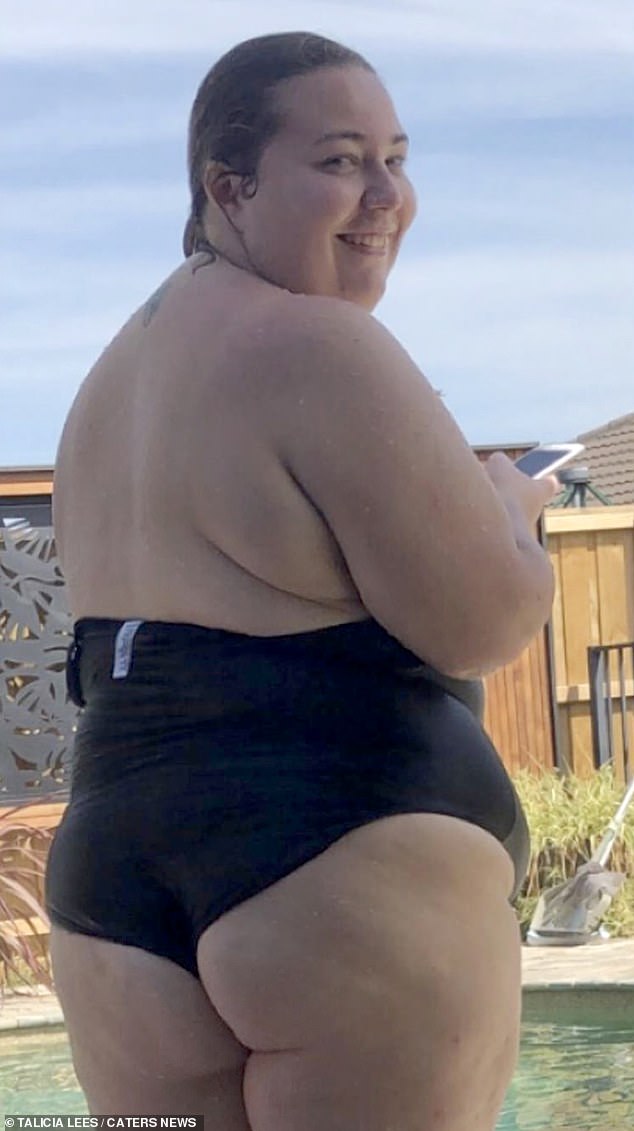 Talicia (pictured before her weight loss) would feast on McDonald’s twice a day, as her weight escalated and she became too big to fit on amusement park rides

Reflecting on how she felt at her biggest, Talicia said: ‘I’ll never forget that feeling of realising how heavy I’d gotten since high school.

‘I was at the dentist and had to get weighed before having anaesthesia. I looked down and saw 136.7kg flashing back at me.

‘I felt embarrassed and scared. I joined a gym, but lost weight very slowly because I was still eating quite badly.

‘I managed to lose 40kg, but then became lazy and put 20kg back on because I slipped into bad habits again. 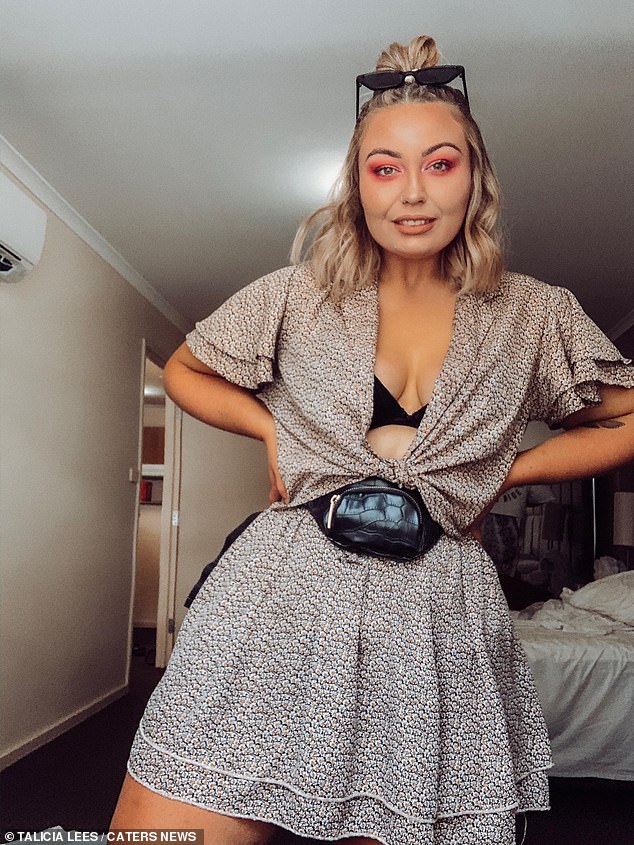 The 24-year-old (pictured) was recommended by her doctor to follow a ketogenic diet, focusing on high-fat, high-protein and low-carb foods

Lunch: Two Vietnamese bread rolls with double salami and double Swiss cheese, with a can of coke.

Dessert: Ice cream, sometimes up to three Magnums or Cornettos

‘I went to the doctor, and discovered I had Polycystic Ovarian Syndrome (PCOS) and insulin resistance.

‘He suggested I give the keto diet a try, and I’ve never looked back. I feel amazing, and with the help of weight training I feel healthier than ever before.’

Talicia explained that although she was always a ‘big kid’ throughout school, thankfully she was never bullied because of her weight.

She revealed the most embarrassing moment that she experienced before her weight loss was at the Royal Easter Show in Sydney, when she was kicked off a ride for being too big. 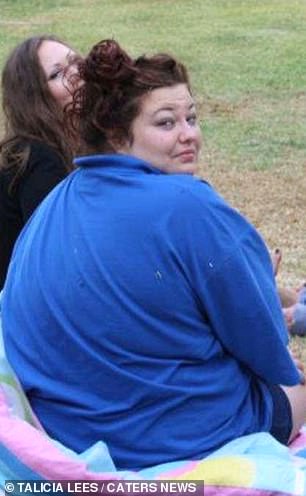 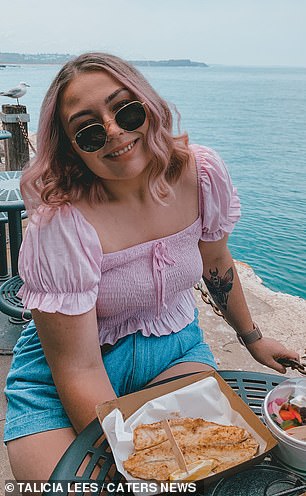 Talicia (pictured left before her weight loss) who was a ‘big kid’ throughout school, said she was lucky that her weight never made her a target for bullies. The student has now lost 51kg on a low carb, high protein diet (right)

Talicia said when the ride attendant attempted to put a safety harness on her, it would not lock into place over her body, so she was forced to disembark the ride and watch from the sidelines.

She said: ‘It was a ride that went upside down. The ride attendant tried to pull the harness down and it wouldn’t click into place.

‘It would not buckle up no matter how hard he tried. I probably had bruises from how hard he was trying to lock me in.

‘I quickly got up without saying anything to my friends because I was so embarrassed.

‘They were all calling out to me, but I just ran. How do you say you are too big for a carnival ride?

Talicia (pictured before) said her stomach was a bottomless pit, as she would often go through the McDonald’s drive through for breakfast and lunch or dinner. The 24-year-old (pictured) said since breaking her fast food addiction, she can’t remember the last time she went to McDonald’s

‘My mind automatically thought everyone was looking at me and laughing but I’m sure that wasn’t the case. They probably just thought I got scared.

‘It was the most embarrassing thing that ever happened to me.

‘I brushed it off to my friends when they got off the ride. I said the seat was faulty and wouldn’t lock in.

‘I think they knew the truth, but we didn’t talk about it.’

At her biggest, Talicia said she was a total ‘McDonald’s addict’ and would often go through the drive through for breakfast and lunch or dinner to get her takeaway fix.

‘McDonald’s was my favourite place. I wouldn’t be phased at all, it felt like my stomach was a bottomless pit,’ she said. 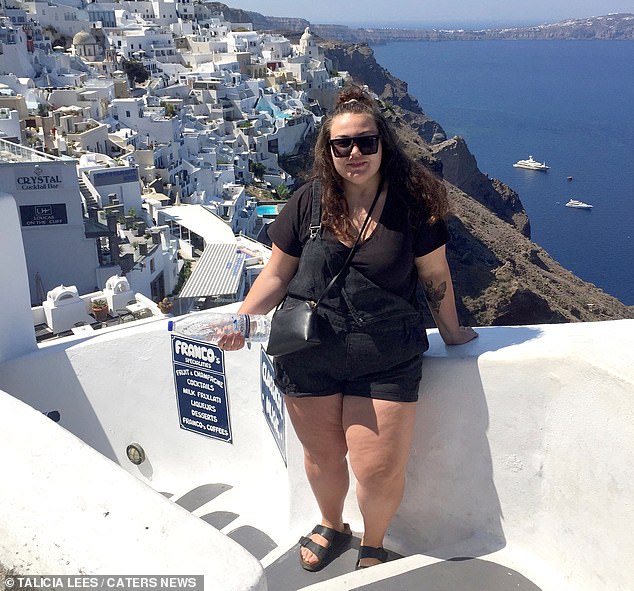 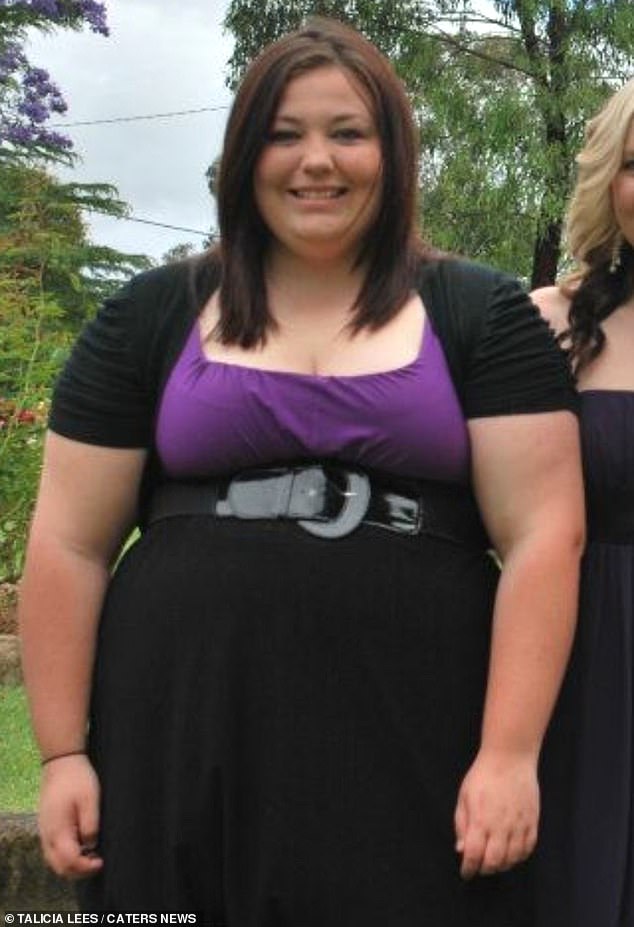 Talicia (pictured before) has started wearing skirts and crop tops for the very first time, since losing weight

What is the Keto diet and how does it work?

The Keto diet is a low-carbohydrate, high-fat plan, and is quite similar to the Atkins diet.

Those on it are required to cut the amount of calories they consume by a significant amount, while eating plenty of fatty foods like fish, meat and eggs.

Some people on the diet also drink ‘bulletproof coffee’ – black coffee with ghee (clarified butter), which helps to stop them from getting hungry during the day.

The diet works by effectively starving the body of carbohydrates – the main source of stored energy.

When this happens, the body burns fat for energy instead.

It also turns fat into ketones in the liver, which can supply energy for the brain.

‘I feel like I was never full. It was addictive.

‘I was definitely addicted to McDonalds. I was obsessed with it.

‘There was also the convenience factor of being able to just go through the drive-through.’

Since breaking her fast food addiction, Talicia has begun feeling healthier than ever and claims she cannot remember the last time she ate anything from McDonald’s.

The 24-year-old now enjoys eating a full ketogenic diet full of healthy protein and fats, while she limits the amounts of carbs she consumed in a day.

Since losing weight, she has also started wearing skirts and crop tops for the very first time.

Talicia hopes to inspire and motive others to become the healthiest versions of themselves through her Instagram page, @tlfiit

She said: ‘I feel so much better now since I’ve gone keto and can’t remember the last time, I ate something from a fast-food chain.

‘Lots of misconceptions about it. People say it’s so bad, but it’s really not. 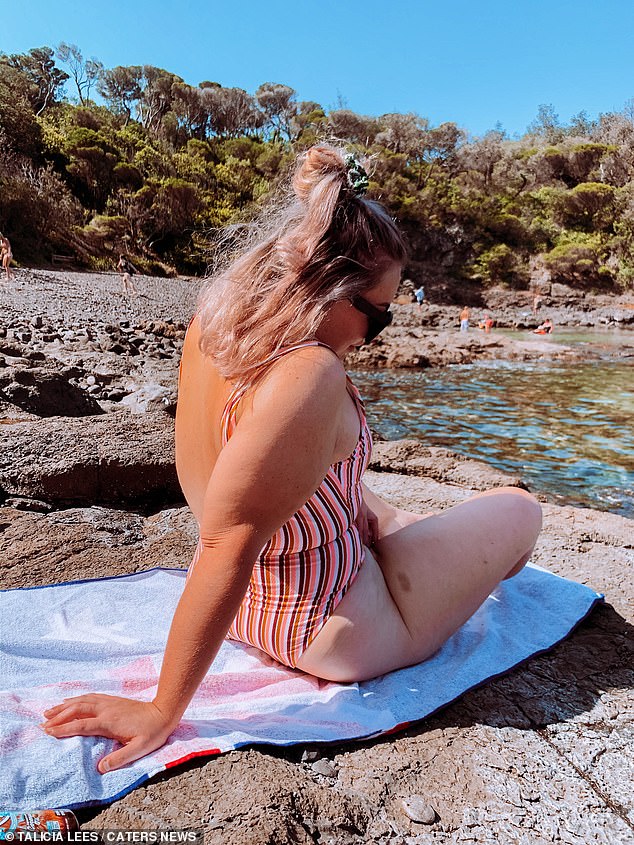 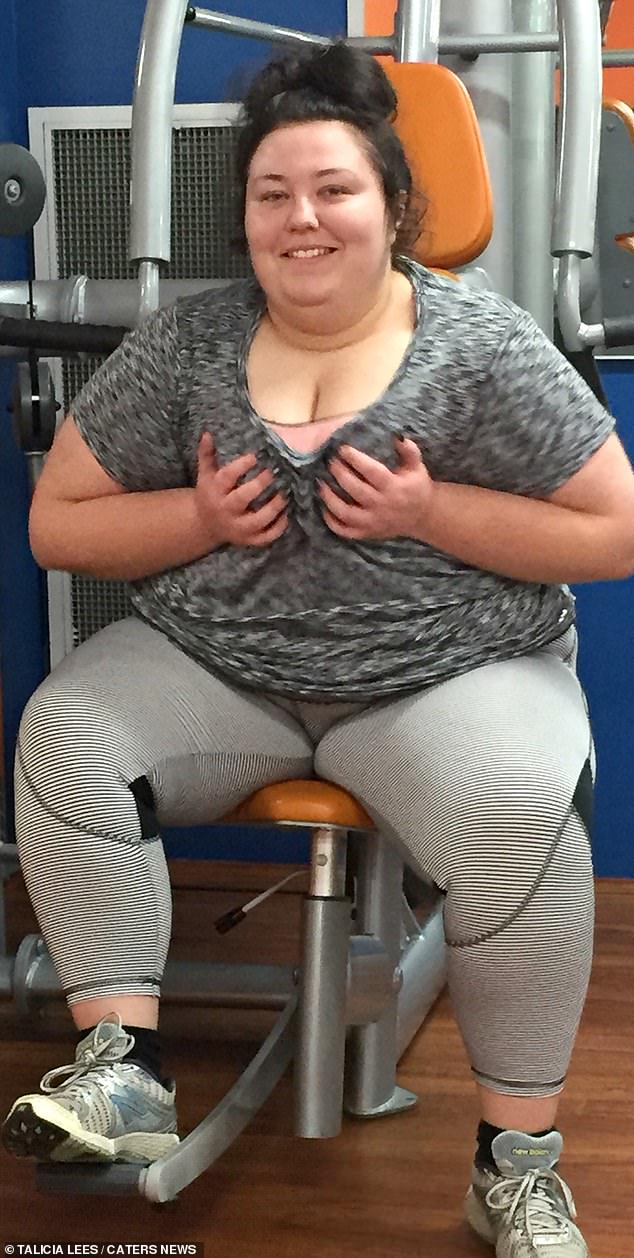 Talicia (pictured before) believes there are lots of misconceptions about keto diets, however she eats good healthy foods 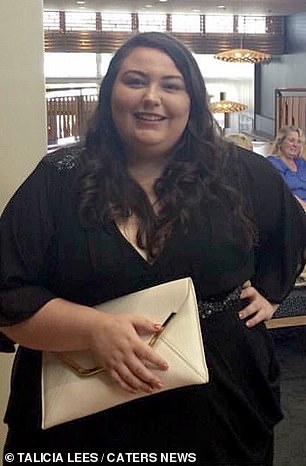 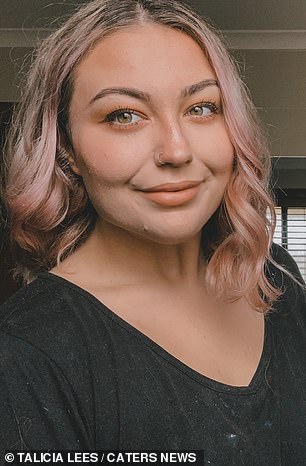 Talicia (pictured) whose confidence has soared, urges  that anyone can overhaul their lifestyle and it’s the best decision to make for your future

‘I could never wear skirts when I was bigger, because my thighs were so big and they’d chafe. I would never dare wear a crop top either.

‘My confidence and self-worth has soared.

‘If I can do it, anyone can. Don’t start on Monday, don’t start tomorrow.

‘Just start as soon as you get that itch. You must prepare yourself to make a full lifestyle change.

‘It will be the best decision you ever make for your future.’