Slough named as best place to find job for third time in recent years, says studyIt came top thanks to the large number of vacancies and above average wagesBerkshire town is famous for its portrayal of drab and dreary setting in The OfficeCambridge, Gloucester, Guildford and Reading were also named in the top five

Slough, most famous for its portrayal as a drab and dreary industrial town in the mockumentary TV show The Office, has been named the best place to work in the UK for a third time.

The Berkshire town came top in a new study thanks to a large number of vacancies and above average wages.

The Berkshire town came top of a list of areas compiled by jobs site Glassdoor for the third time in recent years. 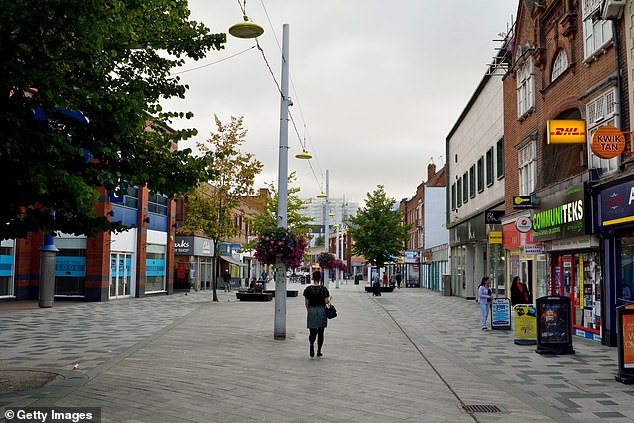 Slough, view of High Street pictured above, has been named as the best place to work in the UK for the third time, in a new survey released by jobs site Glassdoor

Cambridge, Gloucester, Guildford and Reading were also named in the top five towns and cities, drawn up on how easy it is to get a job, the cost of living and how satisfied workers are.

Amanda Stansell of Glassdoor said: ‘Our latest report shows that companies are continuing to look outside of the big cities to set up offices and recruit local talent, in part driven by ever-improving access, favourable rents and salaries.

‘The Golden Triangle between Gloucester, Cambridge and Guildford perfectly encapsulates the balance of open jobs and reasonable cost of living.’

Slough was chosen as the site for 850 new factories shortly before the Second World War, becoming one of Britain’s first-ever ‘trading estates’.

Since then, it has been roundly derided for its industrial appearance, with knight of the realm Sir John Betjeman claiming it ‘isn’t fit for humans’ in a 1937 poem aptly titled ‘Slough’. 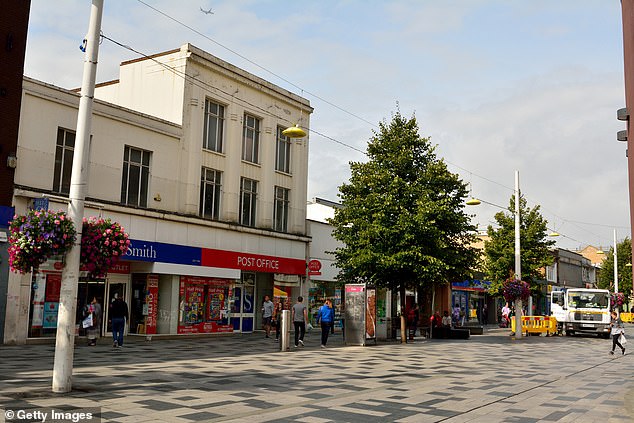 The Berkshire town, most famous as the setting for TV show The Office, came top in a new study thanks to a large number of vacancies and above average wages

The town’s reputation led to The Office creators choosing it as the setting for a mockumentary about the day-to-day lives of bored and uninspired office workers.

Ms Stansell added: ‘The growth in flexible working also means employees are no longer spending every day, 9-5, in the office, meaning the location of the company is less important than it once was.

‘Companies can get away with not having offices in the larger, expensive cities – like London – as employees are prioritising flexibility and convenience over the prestige of an office address.’

The top five places to work in UK