EXCLUSIVE: Johnny Depp makes surprise appearance at London’s High Court as he sues The Sun over column branding him a ‘wife-beater’

Depp is suing the newspaper for libel over a column written by its Executive Editor, Dan WoottonColumnist Wootton’s April 2018 piece questioned author JK Rowling’s decision to cast the ‘wife beater’ actor in her film ‘Fantastic Beasts’Depp, 55, robustly denies the claims he ever beat Ms Heard, 33, during their turbulent 18-month marriageThe former couple, who met on screen when they starred in The Rum Diaries, will go head to head in the High Court showdown in central London in March

By Vivek Chaudhary For Mailonline

Johnny Depp made a surprise appearance at London’s High Court today as he sues The Sun newspaper over claims he beat up his ex-wife Amber Heard.

The Pirates of the Caribbean star will go head to head in a showdown with Heard as he tries to prove that he didn’t hit her during their stormy 18-month marriage.

Depp is suing The Sun and its Executive Editor Dan Wootton for libel over an article he wrote in which he called the Hollywood star a ‘wife beater’. 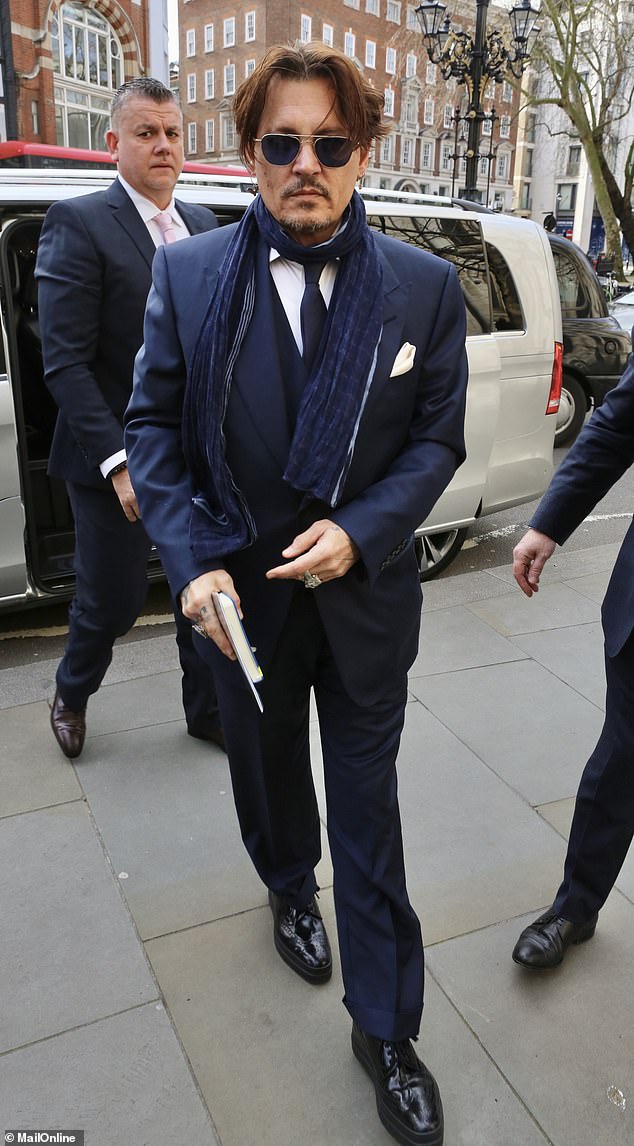 Johhny Depp, 55, wearing a blue suit and sunglasses, arrived at London’s High Court today where he is suing The Sun newspaper over a column written by Dan Wootton in April 2018 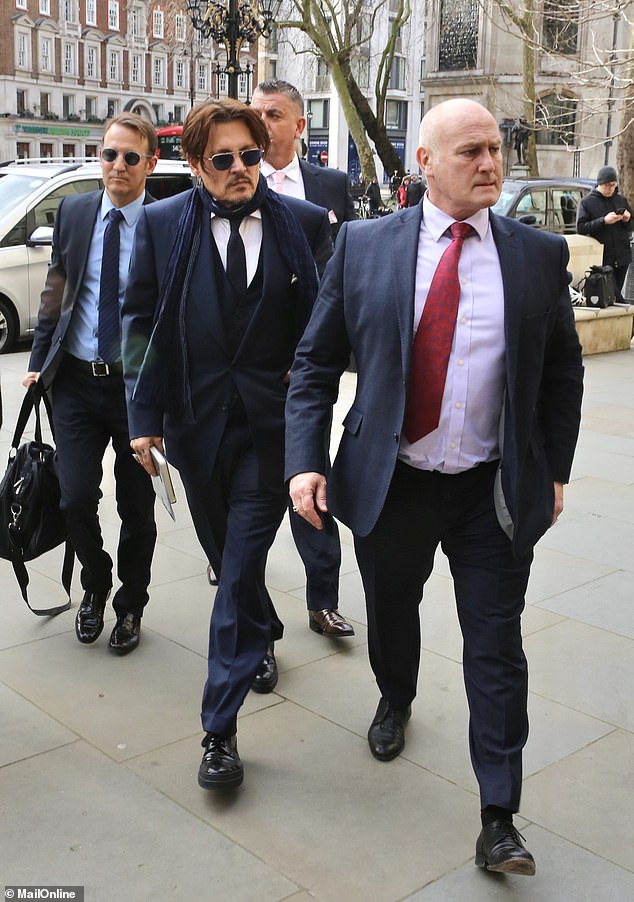 The Pirates of the Caribbean star, seen arriving with his legal team, denies his ex-wife Amber Heard’s claims that he was violent towards her during their turbulent 18-month marriage

In an article slamming author JK Rowling for casting Depp in her film ‘Fantastic Beasts’, Wootton detailed Amber’s claims that he physical and verbally abused her during their brief, troubled union.

Depp, 55, wearing a blue suit and sunglasses, has robustly denied the claims and is set to go head to head with his former wife in the central London court in March.

At a pre-trial hearing today, the star’s lawyers said he denies allegations of violence against Ms Heard ‘100 per cent’ – and he is determined to clear his name by giving evidence in open court.

Aquaman actress Heard, 33, will also fly in from the US to give her side of the story.

Heard has claimed that Depp was a ‘monster’ who repeatedly beat her Heard during a series of drug-fuelled attacks before and during their marriage.

The US actress alleged that Depp, 55 left her fearing for his life after he choked her and ripped out chunks of her hair in more than a dozen violent altercations. 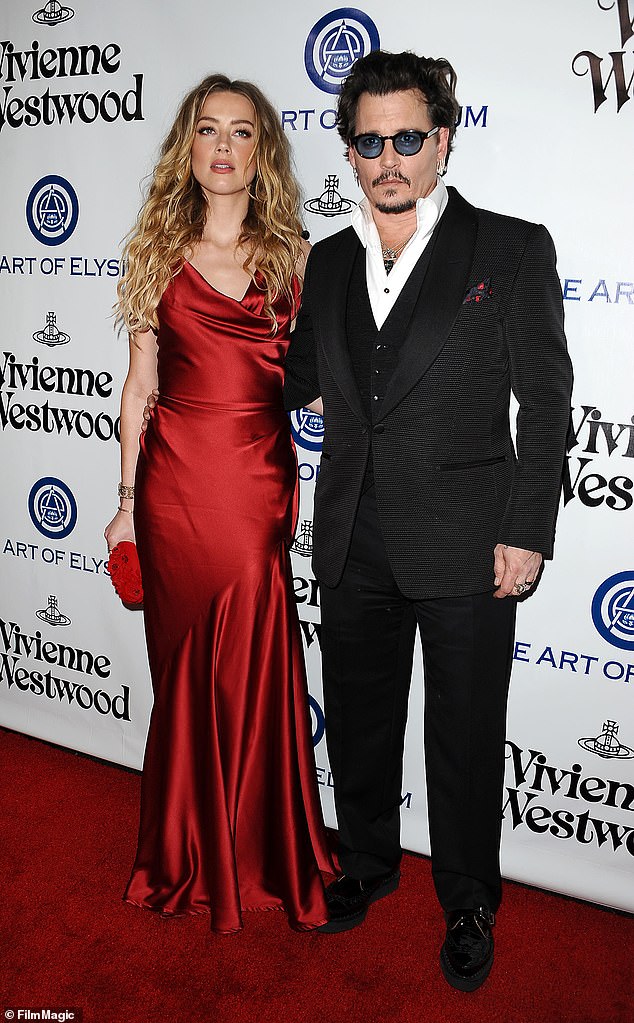 Ms Heard, 33, seen with the star, has repeatedly made claims he hit her during their union. The Sun’s column slammed JK Rowling’s decision to cast ‘wife beater’ Depp in her new film

Depp has hit back, insisting that he was the victim of domestic violence and that he was regularly attacked by Heard.

She filed for divorce in May 2016 and alleges that the violence started in 2013, even before the couple married.

David Sherborne, QC, representing Depp, told the court: ‘The Sun’s article contains serious and criminal accusations against Mr Depp; that he beat his wife and caused her significant injury.

‘Mr Depp has the right to have himself publicly vindicated. This is a vital function of the libel trial when it takes place.’

The High Court was told that Depp is producing 17 witnesses to prove that he is innocent, including testimony from two Los Angeles police officers.

New video and audio evidence is also being submitted to disprove claims that he beat Heard.

It was also revealed that the actress is making new allegations of violence and that a number of her friends will be travelling to London to give evidence on her behalf.

‘One side is lying, and one side is not. We say that it’s Ms Heard.’