The depot in Mitholz, 35 miles from Bern, contains 3,500 tonnes of ammunitionAn explosion there killed nine villagers in 1947 when half the munitions blew upExperts say it will take until at least 2013 to clear the explosives and make it safe

By James Mills for MailOnline and Afp

Residents of a village in the Swiss Alps may have to evacuate their homes for more than a decade while a massive underground munitions store from World War II is cleared.

The depot in Mitholz, about 35 miles south of the capital Bern, contains 3,500 tonnes of ammunition and several hundred tonnes of explosives.

Nine people died there in 1947 when around half of the arsenal exploded and the Swiss defence ministry now fears a second tragedy.

Experts said the risk of a second explosion had been underestimated for decades and that the risk is now ‘unacceptable’ and ‘total evacuation’ was the best option. 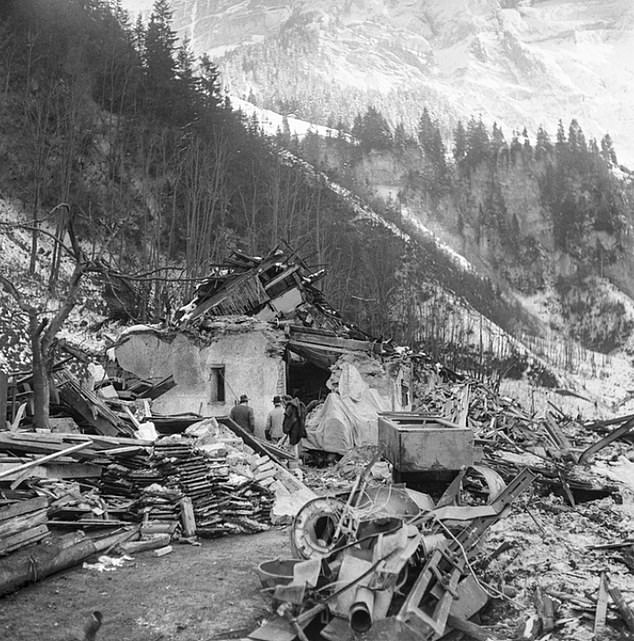 The underground store has partially caved in and many of the explosives are now covered by fallen rocks.

The cost of cleaning up the site is expected to significantly exceed one billion Swiss francs (£790m) and will take until at least 2031.

The village’s 170 inhabitants, are being asked whether they would prefer to evacuate for a decade and return after the work is done or be given assistance to relocate permanently.

Either way, the idyllic mountain village will become a ghost town for years.

Many of the families have lived in the village for generations.

‘We want to support the inhabitants as much as possible,’ explained Bruno Locher, Head of Territory and Environment at the ministry. 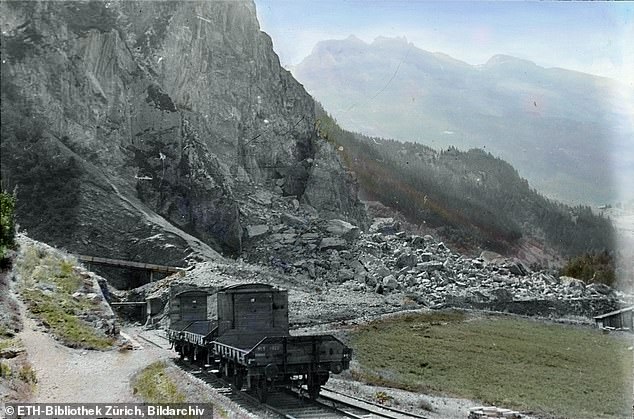 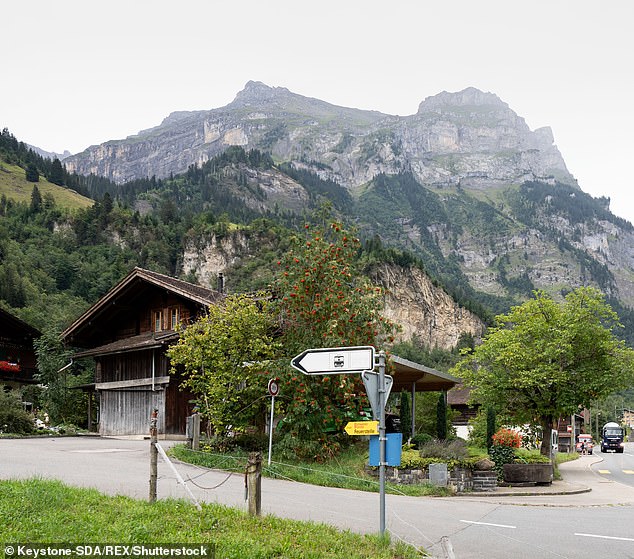 Mitholz in the Swiss Alps, which has 170 residents, could be evacuated for a decade

A ministry spokesperson said: ‘Depending on how the work develops, residents should expect the evacuation to last up to more than 10 years.’

It also said a major road passing through the village – a collection of chalet-style homes – could be rerouted and a railway line would have to be covered.

The ministry added, however, that closures of both ‘may become necessary, at least temporarily’.

The consultation will last until April 17.

‘If the evacuation creates insurmountable problems… it would still be possible to significantly reduce the risks by covering the depot with rock,’ the ministry said.

The defence ministry website said thousands more tons of munitions had been dropped into several Swiss lakes but detonation could be ‘practically excluded’ as the explosives were not as concentrated as at Mitholz.