Singer-songwriter Duffy tonight told how she was held captive and raped, as she opened up to her fans in an emotional social media post.

The 35-year-old said she had wanted to share her experience with fans ‘so many times’.

The pop star, who hails from Bangor in northwest Wales said she hadn’t wanted to show the world the ‘sadness in her eyes’.

Posting on Instagram she said: ‘You can only imagine the amount of times I thought about writing this. The way I would write it, how I would feel thereafter. 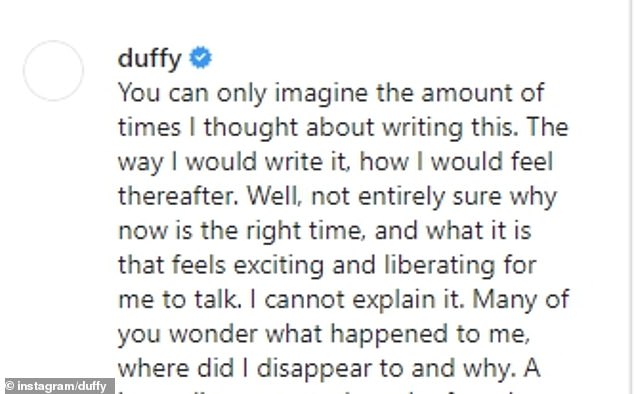 ‘Well, not entirely sure why now is the right time, and what it is that feels exciting and liberating for me to talk. I cannot explain it.

‘Many of you wonder what happened to me, where did I disappear to and why’.

She said she had confided in a journalist over the summer and that it had ‘felt amazing to finally speak’ about her experience.

‘The truth is, and please trust me I am ok and safe now, I was raped and drugged and held captive over some days. Of course I survived. The recovery took time. There’s no light way to say it. 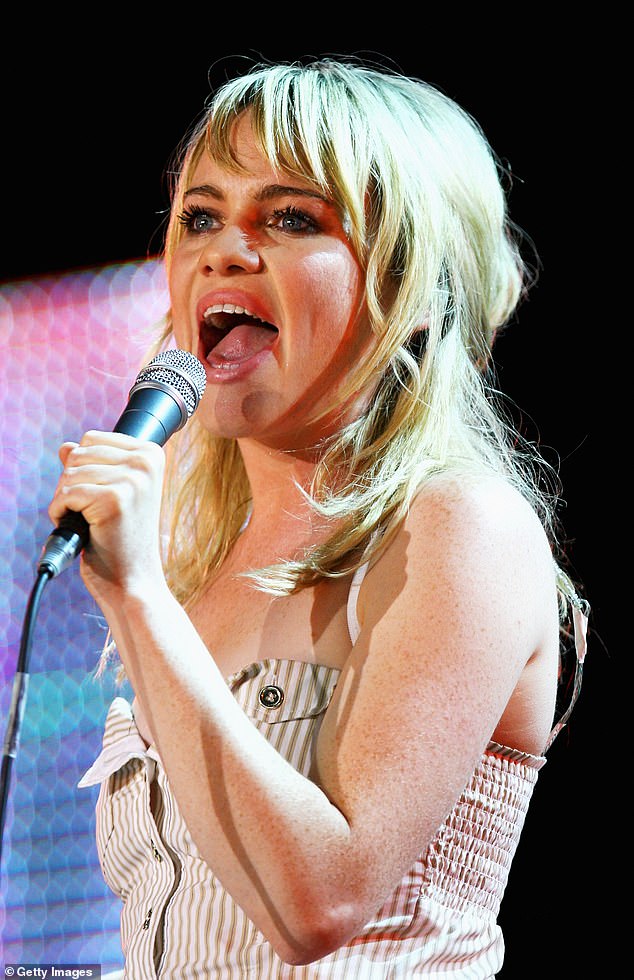 Welsh singer Duffy performs at Radio 1’s Big Weekend in Mote Park on May 10, 2008 in Maidstone

‘But I can tell you in the last decade, the thousands and thousands of days I committed to wanting to feel the sunshine in my heart again, the sun does now shine.

‘You wonder why I did not choose to use my voice to express my pain? I did not want to show the world the sadness in my eyes. I asked myself, how can I sing from the heart if it is broken?’

She went on to say that her heart ‘slowly unbroke’ and said that she would be soon posting a spoken interview and that all questions would be answered.

‘I have a sacred love and sincere appreciation for your kindness over the years. You have been friends.

‘I want to thank you for that x Duffy Please respect this is a gentle move for me to make, for myself, and I do not want any intrusion to my family. Please support me to make this a positive experience.’

The singer has previously performed an array of shows and festivals across the world.