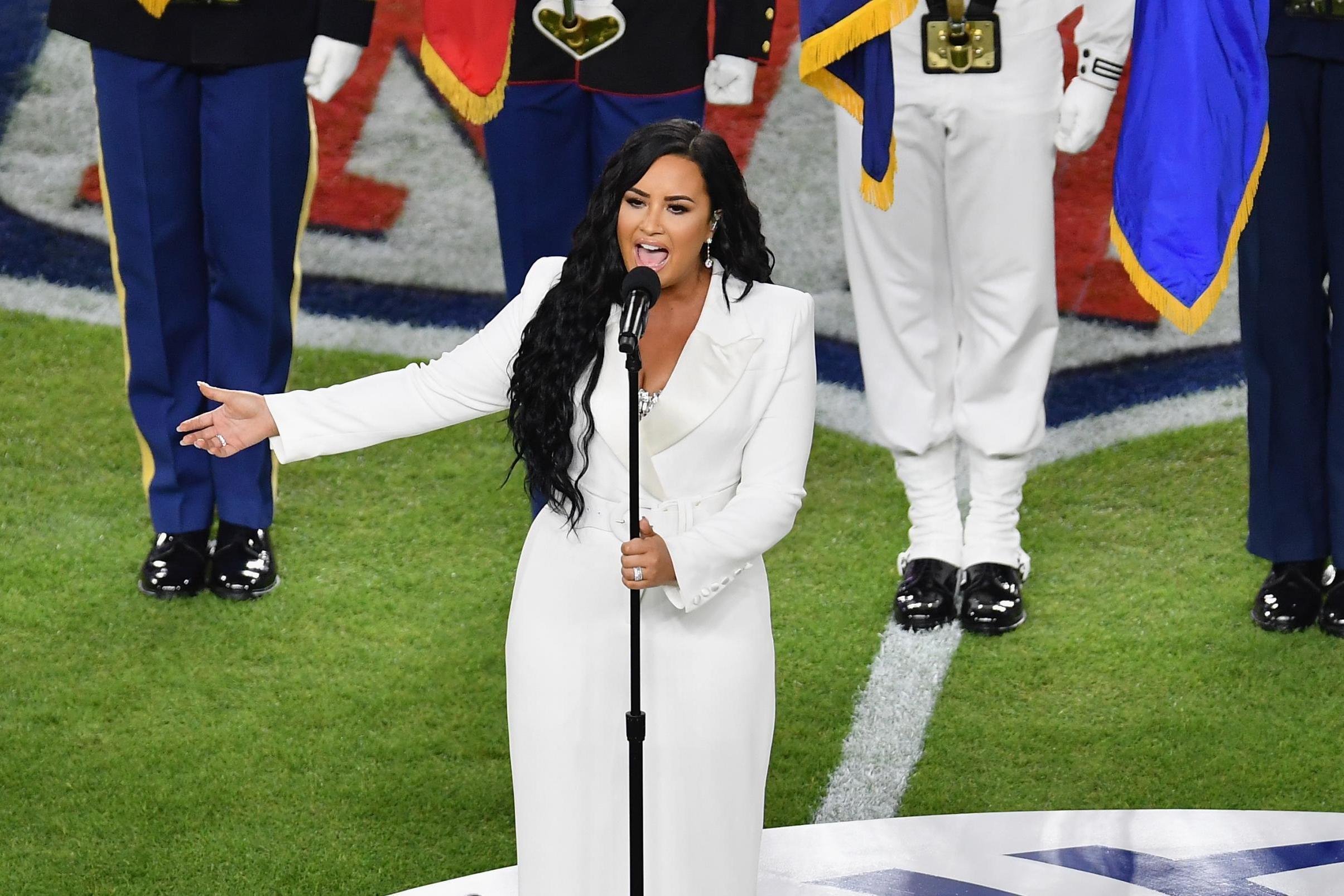 Demi Lovato revealed she “blacked out” from excitement while performing the National Anthem at the Super Bowl last night – a life-long dream of hers.

On Sunday, the singer took to the field at Miami’s Hard Rock Stadium to perform her rendition of the National Anthem ahead of Super Bowl LIV.

Following the performance, Lovato told Entertainment Tonight backstage: “I don’t remember anything! I blacked out. I was so excited.”

Later in the night, the 27-year-old elaborated on her feelings on Instagram, where she thanked the NFL for the opportunity.

“A dream come true,” the singer captioned a video of her singing. “Thank you for having me today @NFL!!

“The SBLIV visual album is up now and benefits will be going towards Inspire Change.”

In the lead up to the night, Lovato had shared a screenshot of a 2010 tweet in which she had expressed her desire to perform the National Anthem at a Super Bowl.

The Anyone singer was not the only one proud of the performance, which came just a week after she gave her first musical performance since her 2018 overdose.

“You kill it mama!!!” Eva Longoria wrote on Instagram, while Jeremy Scott commented: “YOU. DID. THAT.”

“All my girls DOMINATED at the Super Bowl!!!” Christina Aguilera tweeted. “That’s what happens when a powerful female force comes together!!!! @ddlovato @shakira @jlo.”

Prior to the night, Lovato told Zane Lowe on Apple Music’s New Music Daily that she and her team were preparing her for the adrenaline highs of both her Grammys performance and the Super Bowl so that she would not be overwhelmed.

She said: “Something that I’ve dealt with in the past is like having these like really incredible experiences like the Grammys or like tour or concerts or things like that. And I have to be aware like, okay, I’m going to crash because my adrenaline is going to go all weekend, and then I’m going to have this performance.

“Whether it goes great or not, my adrenaline is going to come crashing down because come Monday morning – and so it’s definitely something that, like I’ve talked to my team about like: ‘Hey, we should be cautious.’ Like: ‘I might crash on Monday. Let’s take precautions to maybe, I do more meditating on Monday,’ or whatever it is. ‘Maybe I have more therapy or support.’

“And then obviously the Super Bowl will happen too. And that’ll be really exciting. But it’s important to like, plan ahead so that you’re not come Monday after the Grammys, I’m not sitting there, like, twiddling my thumbs like, ‘Okay, what am I doing with my life now?’ Where do I get this from? How can I beat that high? Just like be prepared.”